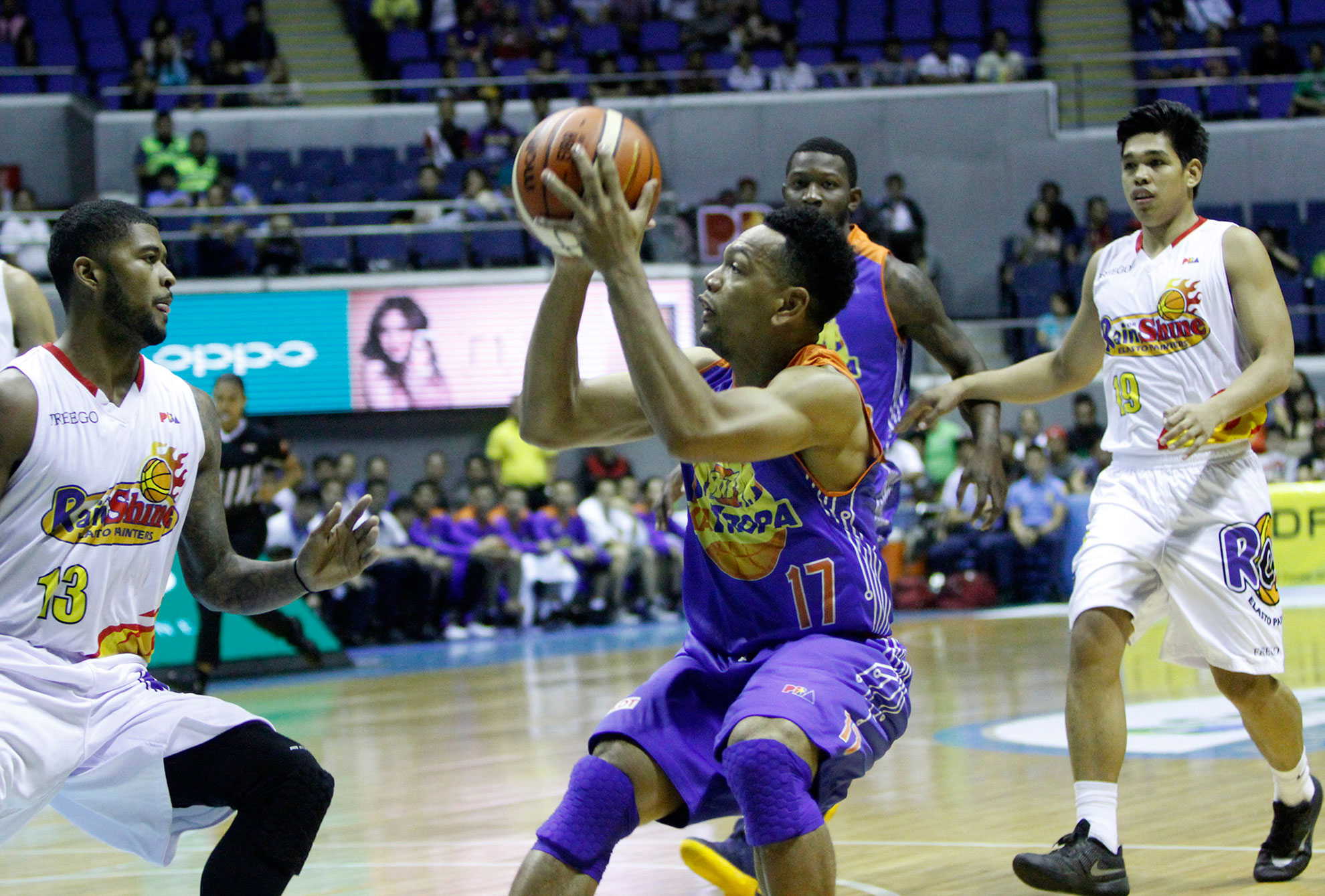 In arguably the closest game of the 2016 PBA Oppo Governor’s Cup so far, the Tropang TNT used an 11-0 surge to close out a 101-98 squeaker over the Rain or Shine Elasto Painters to nab their first win held at the Smart Araneta Coliseum on Wednesday.

Talk ‘N Text led by as much as 13, but saw this cushion evaporate in the two middle quarters. Rain or Shine limited the Texters to a quiet 33-point production in the second and third quarter that powered the Painters to a ten-point lead heading into the final frame.

In what seemed a reversal of performance for the two teams, Rain or Shine extended the lead to 90-76 at one point and maintained an eight-point cushion with four minutes left. However, the Texters rallied through well-balanced contributions. The team tied the game at 98 before Jayson Castro delivered the go-ahead triple. In their last possession, the Elasto Painters failed to convert despite getting a deliberate foul on Gabe Norwood, in addition to a foiled inbound play afterward.

The Elasto Painters had more rebounds, 61-49, which alarmed Coach Jong Uichico, but he eventually commended his troops for offsetting it with their late hustle. “(Mario Little) gives us a different dimension to our game, but double effort yung locals. When you play Rain or Shine, we would like to defend decently because we know they can manufacture points. We try to defend pero kailangan maka-score talaga kami.”

Tropang TNT will next face the Meralco Bolts (2-0), while Rain or Shine look to bounce back against the Phoenix Fuel Masters (0-2). Both games will be played at 3pm and 5:15 pm at the Big Dome on Saturday.