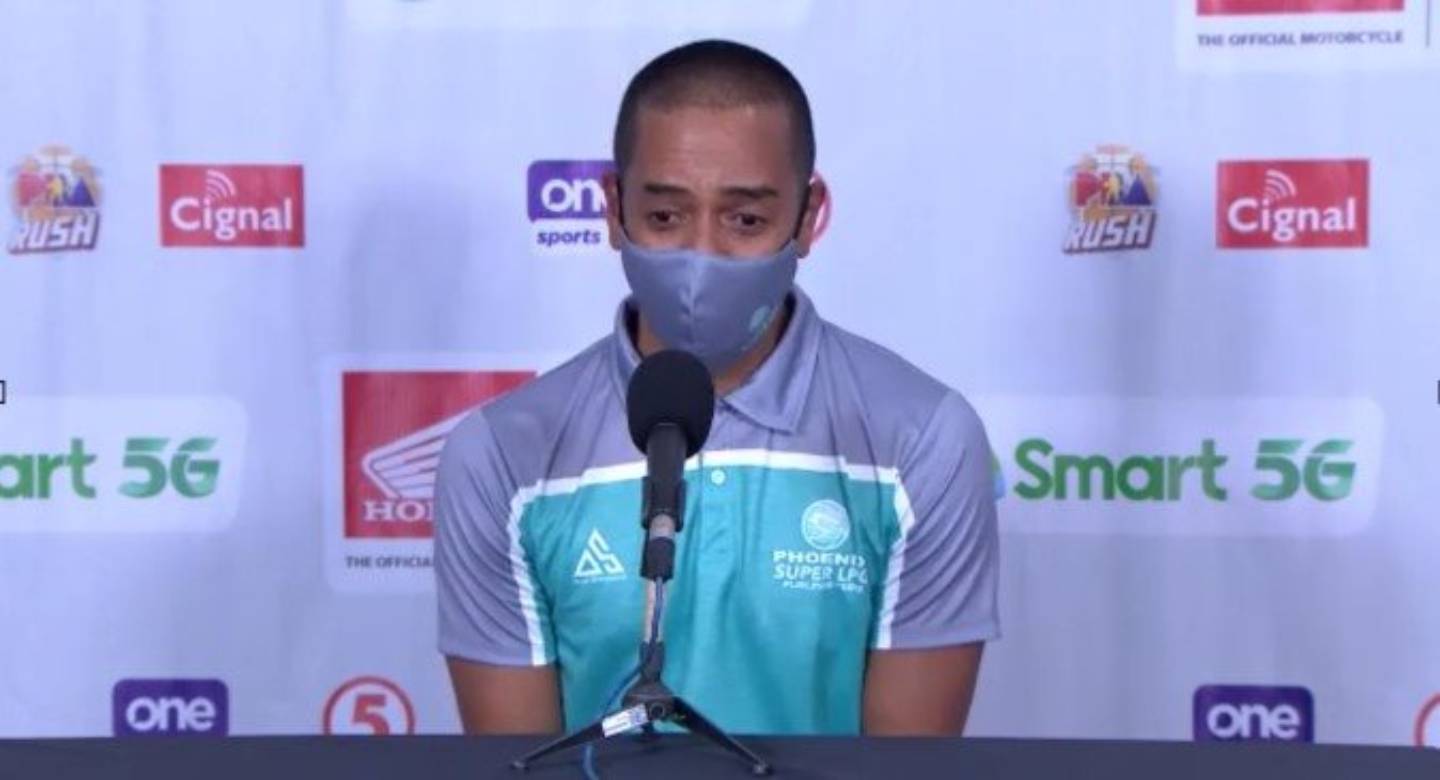 Phoenix Super LPG interim head coach Topex Robinson had plenty of reasons to feel happy on Friday night, after his Fuel Masters stunned Magnolia and got back on track in the 2020 PBA Philippine Cup action.

Matthew Wright and Co. came back from as much as 17 points down in the third through a blazing finish. They scored 22 straight points in a vivid display of energy despite having a grueling week.

The Fuel Masters had just played their third game in five days. Robinson was asked how they found that energy to fight back despite the physical toll of the schedule, and he suddenly turned emotional as he responded.

“I think one of the big reasons din for us to not give up is … It’s really hard to leave the gym or the hotel knowing that one of your sons is not with you,” said the 45-year-old mentor.

The son that he was referring to is, of course, Calvin Abueva, who remains suspended indefinitely by the PBA despie already completing the requirements asked from him by the Games and Amusements Board.

Robinson then broke down while speaking about Abueva, who so far has only been allowed to join team practices inside the bubble at the Clark Freeport Zone in Pampanga.

“We just told Calvin to keep on playing, keep on being positive. It’s really hard because he wants to play and he wants to contribute, but the best thing that he could do is cheer for us. It’s hard for a coach to always leave the gym or the hotel knowing that one of your sons is not there with you in this battle,” said Robinson, who has known Abueva since their San Sebastian days.

“We don’t wanna lose again and go back to the hotel knowing that Calvin wants to help us, and the best thing that he could do is practice and pray for us and cheer for us. I love Calvin. Everybody loves Calvin and we’re doing it for Calvin.”