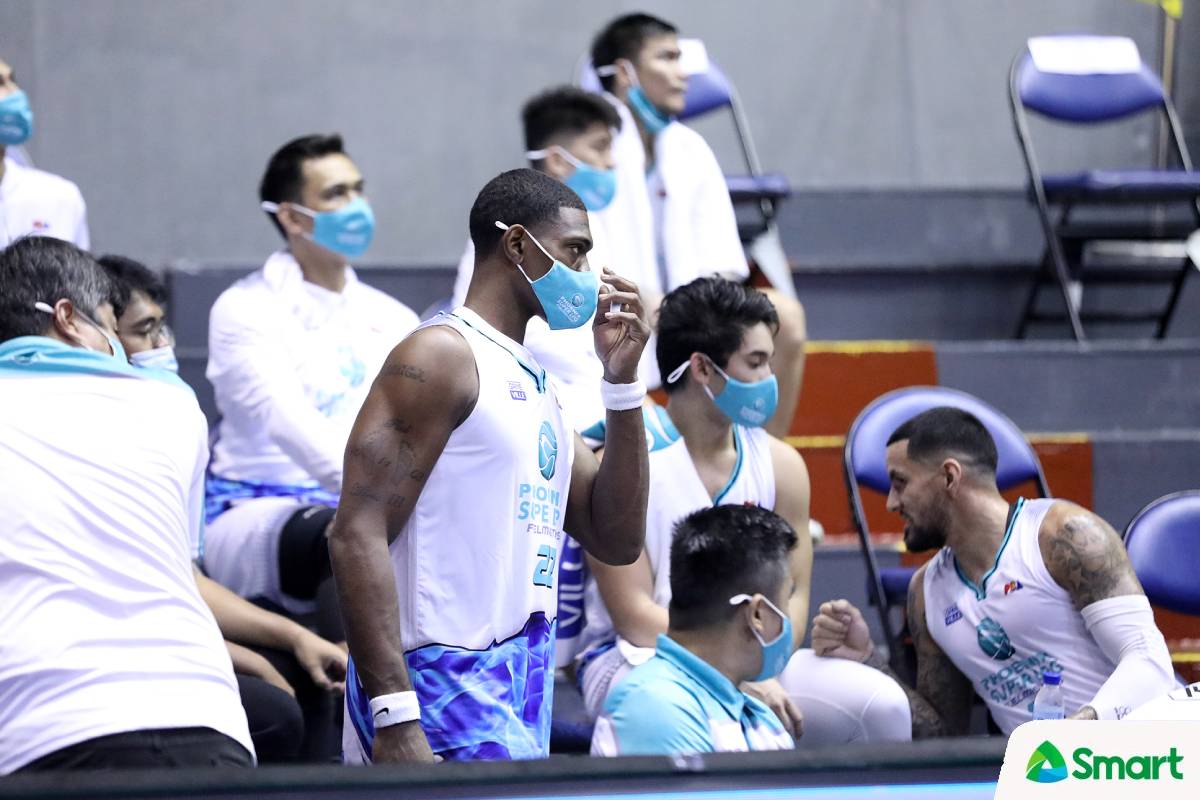 Phoenix Super LPG finally got back on track in the 2021-22 PBA Governors’ Cup on Christmas Day, but it came at a cost.

Paul Harris sat out practically the entirety of the Fuel Masters’ rousing 102-93 win over the erstwhile unbeaten NLEX at the SMART Araneta Coliseum as the champion import suffered an apparent leg injury very early in the game.

The 35-year-old was actually part of the starting unit and even won the opening tip. But he would only see action for a total of two minutes and 38 seconds, as he asked to be subbed out at the 9:22-mark due to the pain.

He left with two points, a rebound, and an assist.

“At the start of the game, he felt something. Parang may masakit sa calf o sa paa niya and he told me it feels kinda tricky,” said coach Topex Robinson,

“So, he pulled himself out and he just said he doesn’t think he could play a hundred percent and he doesn’t wanna let us down. So, he said he’d rather sit down and check on it first before playing.

“So, the medical staff said we don’t wanna gamble on him until we’re sure of what the cause was,” added the veteran mentor.

While Robinson felt proud to see the locals step up given their predicament, that doesn’t make him less worried about Harris, who’s been averaging 17.6 points, 12.0 rebounds, and 4.6 assists so far this conference.

“We’re still hoping that he’s gonna be okay, but we also have to be realistic that it might be something that he might not continue to play for us,” he said.

#ReadMore  Ronald Tubid to suit up for Terrafirma 3x3

Still, the entire ball club is hoping for the best for Harris. Robinson himself has his fingers crossed that their break will be of help, since the Fuel Masters’ next match is still on January 8 against San Miguel Beer.

“I guess our break will help us a lot,” said the cager turned mentor. “We’re gonna play on January 8 pa, so having those long days could be something that we could see if Paul is gonna be fit to play come January 8.”