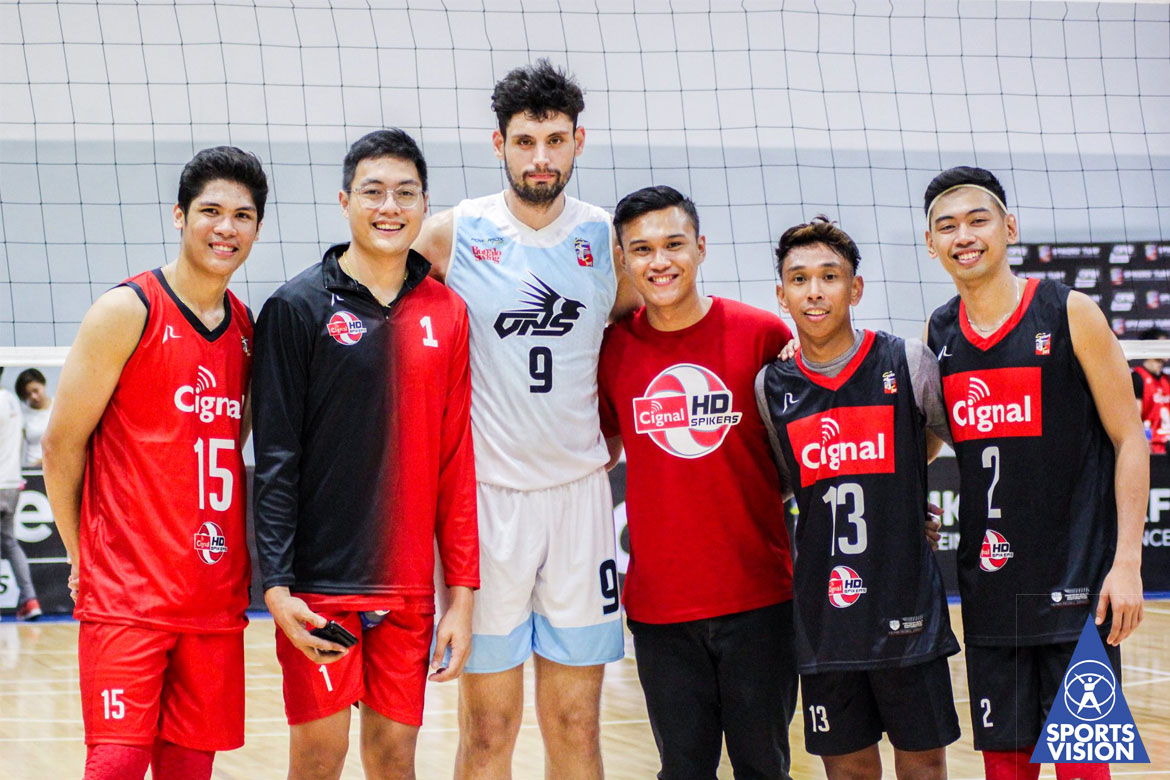 Tony Koyfman shared the court once again with his brothers-in-arms in Ateneo, Tuesday afternoon.

This time, though, the 6-foot-8 spiker was on the opposite side of the net, battling his good friends-turned-rivals.

“There’s no hard feelings or like angst or whatever against them. It’s nice to play against them. It’s different but it wasn’t weird. Since I joined VNS it’s just something that I had to take upon. I wasn’t going to cry over spilled milk,” shared the New York-born spiker.

Koyfman, along with Marck Espejo, Manuel Sumanguid, Karl Baysa, and Rex Intal, all played together in 2017 and won the championship in the UAAP Season 79 Men’s Volleyball Tournament that saw Koyfman crowned as Finals MVP.

In his final year, he and Sumanguid were the high-low duo of the Blue Eagles, leading the squad to a bronze finish in Season 81.

“I was dreading it. I was dreading every single of it because I’m used to having Sumang on my side and everyone else by my side but playing against them it’s just like sobrang hirap talaga.

“If anything, it reminds me of my first two years in Ateneo, when I was under probation and Oliver [Almadro] would always make me go up against them in terms of blocking and etcetera so if anything, that’s probably good times and I think I did okay against them,” added Koyfman, who paced VNS with 13 points.

Still, Koyfman enjoyed playing against his former teammates and even joked about it, saying, “Some bits and parts, I didn’t enjoy getting blocked that’s for sure.”

Meanwhile, it was a bit unexpected for Sumanguid, as he bared that he and Koyfman initially planned to play together in the pros.

“Playing against him really [is] unexpected from me kasi ang plano talaga namin is to be teammates until mag pro kami but dahil nga may mga change of plans and ‘yung opportunities for us,” said Sumanguid.

Ish Polvorosa, who is also part of the Season 79 squad, watched the game from the sidelines and couldn’t help but feel nostalgic after seeing his former teammates share the floor.

“Actually it’s nostalgic, I was very excited for them especially we have Sumang now playing for the professional ranks, we are very happy for him,” said the five-time UAAP best setter.

Safe to say, this contest was Koyfman’s welcome to the pro world moment.