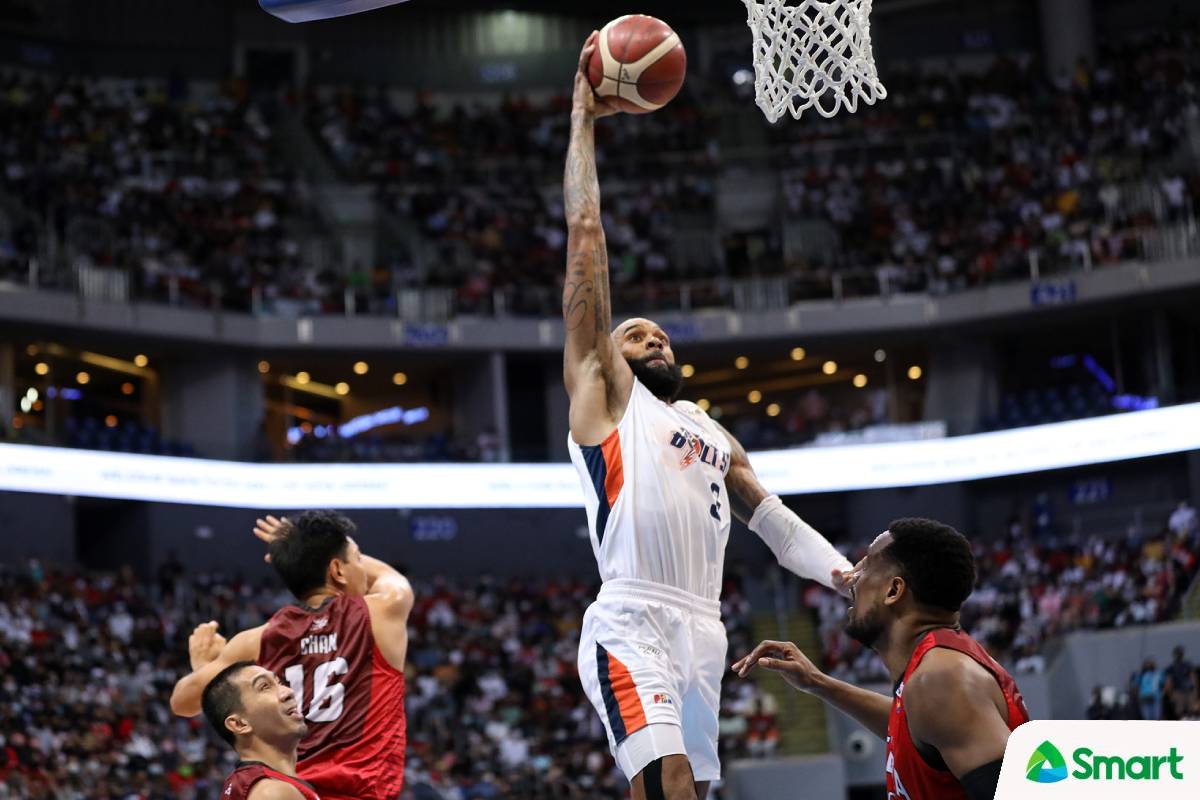 Tony Bishop definitely let the Barangay inside the SM Mall of Asia Arena know what he did in Game Three of the PBA Governors’ Cup Finals, Sunday night.

The Panamanian forward capped off a break with a Statue of Liberty-esque dunk with 6:19 remaining, widening Meralco’s lead as well to 75-71.

Cliff Hodge could’ve actually finished the play with a point-blank shot right after catching Chris Newsome’s pass, but seemed to have been bothered by the defense of Ginebra trio Justin Brownlee, LA Tenorio, and Jeff Chan.

Instead, he passed to a streaking Bishop, who then rose for the one-handed jam that the three Gin Kings failed to prevent from happening.

And as soon as he landed, Bishop stared down the pro-Ginebra crowd while jogging sideways, then headed into the Bolts huddle as he provided one of the many highlights of their 83-74 conquest of Ginebra to go up 2-1 in the series.

“They’ve (fans) been loud all series. I guess my mindset was just be aggressive,” he said when asked about that particular play.

“I saw after Cliff was down there, and it was some smaller guys down there, that I was gonna be able to rise high, and, I guess, finish it strong.”

Bishop ended the night with 30 points, the second time in a row this series that saw him drop as many points after having 31 in the previous game. He shot 44-percent from the field, and also collared 16 rebounds.

“The mindset was to win,” he said. “The series was tied, and we knew it was gonna be a hard-fought game. And, Coach challenged us after the first half, we said we gotta be more physical. We were getting pushed around a lot early.

“We came out in the second half and were able to fight back hard,” he added, as Meralco trailed by 13 in the first half.

“We showed our aggressiveness and our physicality in the second half, and we were able to get a win.”

And that dunk was a microcosm of his aggressiveness, which Bishop said has been his mindset for the best-of-seven title bout. 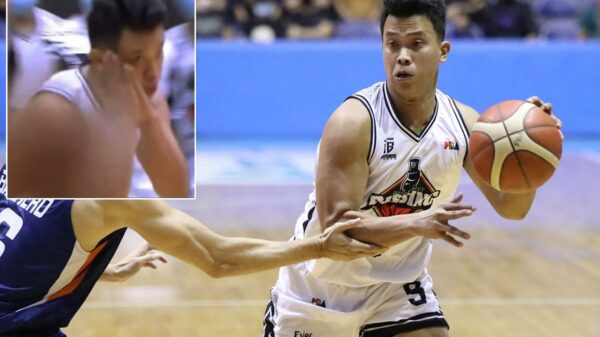 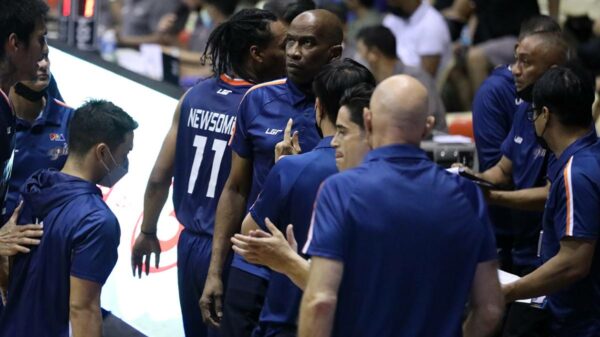