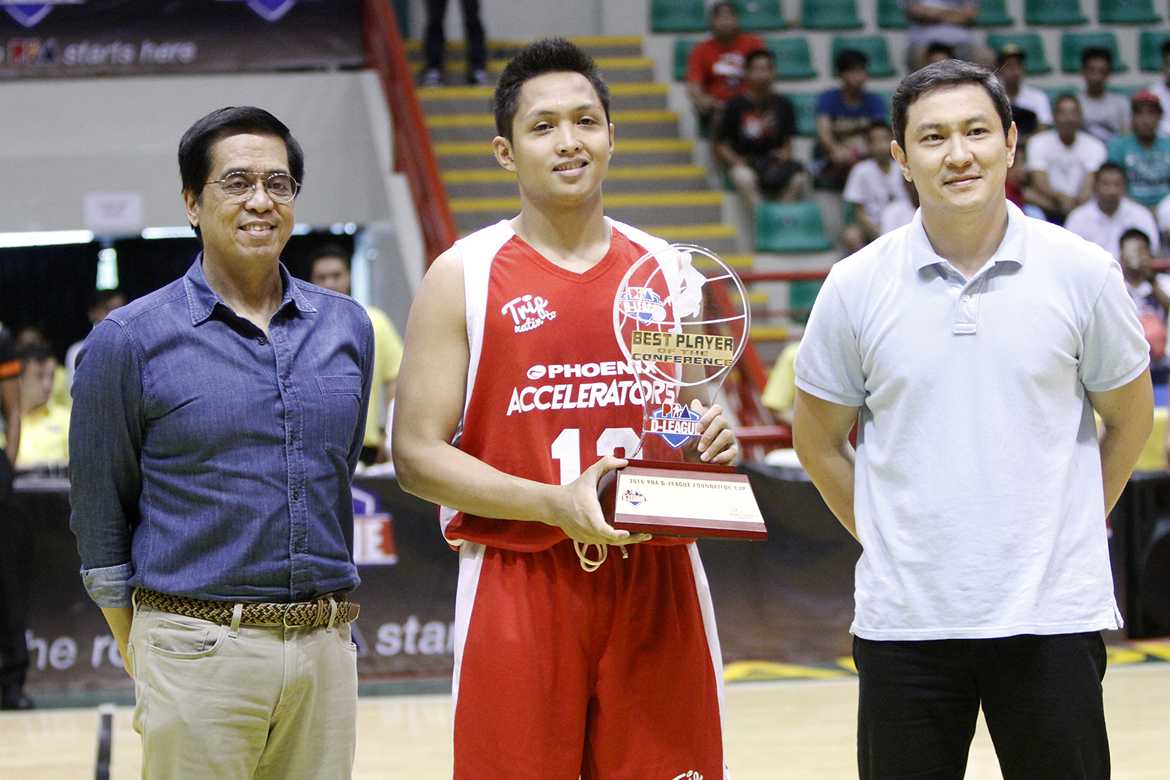 The Tamaraws are continuing to rule the PBA D-League.

After UAAP Season 78 Men’s Basketball Finals MVP Mac Belo was crowned as the Aspirants’ Cup MVP, another former FEU Tamaraw was crowned with the same honor in the D-League’s second conference as Mike Tolomia was hailed as the Foundation Cup MVP Tuesday afternoon at the Alonte Sports Arena in Binan, Laguna.

The 23 year old floor general averaged 19.9 points, 4.9 rebounds, and 4.7 assists for the conference as he led the Accelerators back in the Finals.

Tolomia got the plum after winning votes from the media, the television coveror, and the Commissioner’s office.