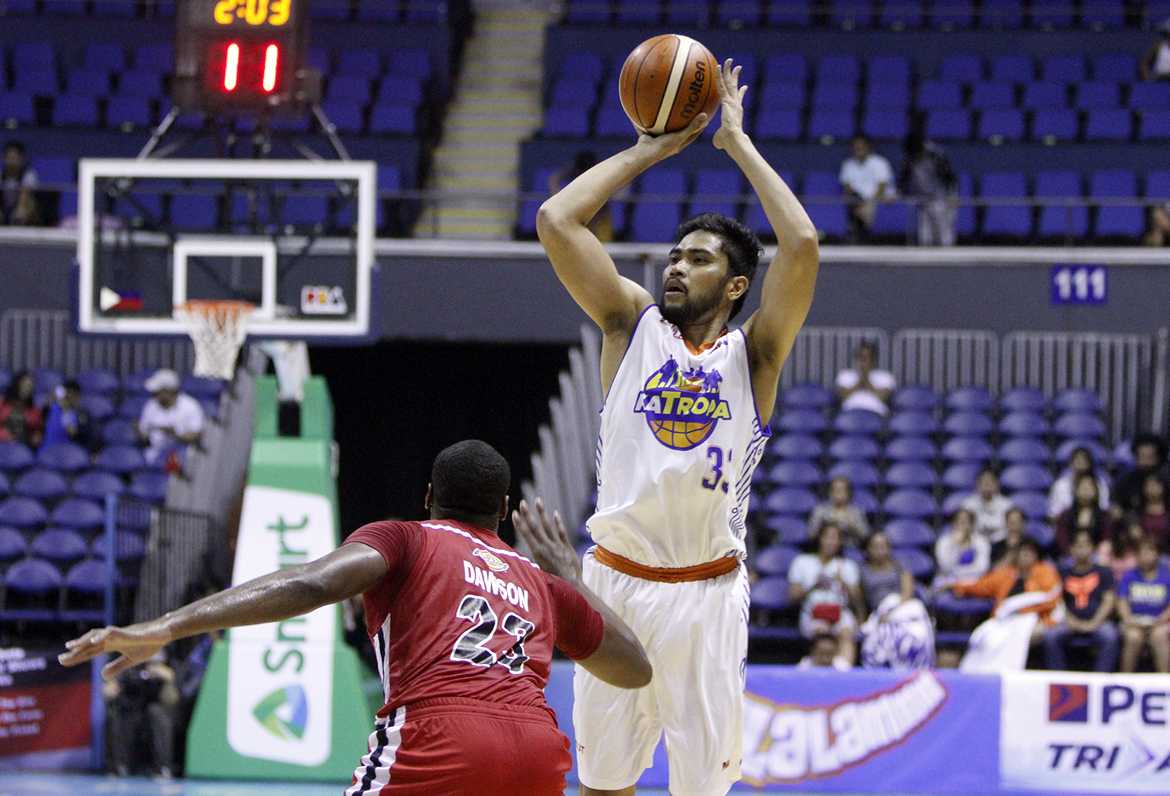 The TNT KaTropa continued to be the hottest team of the 2016 PBA Governor’s Cup as they remain unbeaten after five games, having pulled away late against the Blackwater Elites, 109-89, Saturday afternoon at the Smart Araneta Coliseum.

Some well-balanced scoring from the KaTropa was led by Ranidel De Ocampo with 20 points. New import Mychal Ammons poured a monstrous double-double with 18 points and 18 rebounds. Their Asian reinforcement Michael Madanly played his best outing in a TNT uniform, providing 15 points, four rebounds, and three makes from beyond-the-arc.

Blackwater initially charged ahead in the first half, as they led by as much as seven, 39-32. However, they lost key big man JP Erram after the former Atenean clashed in a driving attack, banging his knee in a collision with TNT’s defense. Erram had to be rushed to the hospital afterwards with a suspected knee injury.

TNT flipped the script in the second half as they turned it around with a huge offensive swing behind an all-around team effort. Jayson Castro led the surge despite having arrived and been fielded in during the second half of the match.

The KaTropa ended up scoring 64 points in the last half compared to the Elite’s 46. Madanly drained two triples that ignited the deciding 20-6 run in the fourth period to pull themselves up against the skidding Elite. After TNT installed a double-digit lead, they went all the way to increase their cushion en route to their fifth straight win, and hand Blackwater their third consecutive loss.

“Jayson is the best point guard in Asia. We all believe in him and he brings everyone together,” said Madanly.

“That’s how we should play (second half). Not like the first half. There’s no easy game in the PBA and you can’t underestimate anyone.”

Ammons and Troy Rosario alone combined for 13 of their team’s 22 offensive rebounds in the win, which led to 23 points in their part. There was a clear disparity in the glass battle that favored the KaTropa, 68-38, and they also made more assists, 27-19.

Reil Cervantes led the scorers for Blackwater with 22 points on 8-for-16 shooting. Eric Dawson had 13 points and 10 boards in the loss.

TNT Katropa (5-0) look to make it six straight against the Phoenix Fuel Masters (2-3) on Friday at the Ynares Center in Antipolo. On the other hand, Blackwater (1-4) will seek to avert their losing skid against the Meralco Bolts (3-2) on Wednesday at the Big Dome.

It all started with a plea by Dimaculangan says Rondina