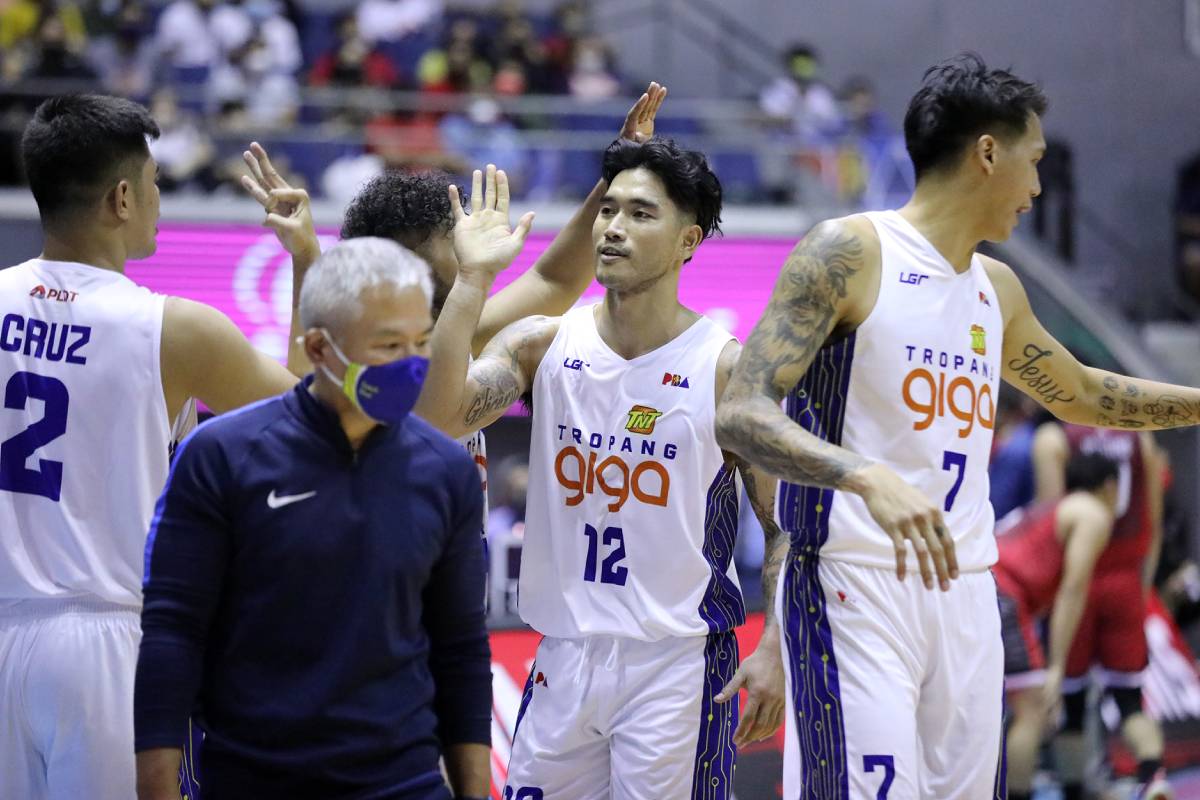 TNT’s 106-92 victory over Barangay Ginebra was its final game in the 2022 PBA Philippine Cup elimination round.

And the Tropang Giga are days ahead of all the other teams as the league tweaked its schedule to allow TNT to reinforce Gilas Pilipinas whenever needed.

The Tropa will have at least 12 days of rest before the quarterfinals commence.

Head coach Chot Reyes, who will be flying to Indonesia with Poy Erram for the FIBA Asia Cup, hopes that this long break can be something they can take advantage of.

“The 12-day break is welcome for us,” said Reyes, who will coach Gilas in the FIBA Asia Cup which will begin on July 12 in Jakarta, Indonesia.

“It’s the recovery for the players because we played a very tough schedule, practically 11 games in one month alone,” he added.

“Number two, getting out injured players back on track. Hopefully, this is a good time for Brian Heruela, Troy Rosario, and Ryan Reyes to heal.”

TNT will now have to wait and see whatever transpires in the last eight elimination game days of the league to know where it will be ranked heading into the playoffs.

At 8-3, the Tropa can still reach the Top Two, which will get twice-to-beat advantages in the quarterfinals.

Meanwhile, placing from third to sixth seeds will put them in a best-of-three quarterfinals series.

“We wanted to get as many wins as possible. We were really going for 9-2, we felt it was the needed record to get to the Top Two but we fell short,” said the nine-time PBA champion coach.

“We just have to be ready for whoever we have to play in the quarterfinals in the best of three if we don’t get to the Top Two.”