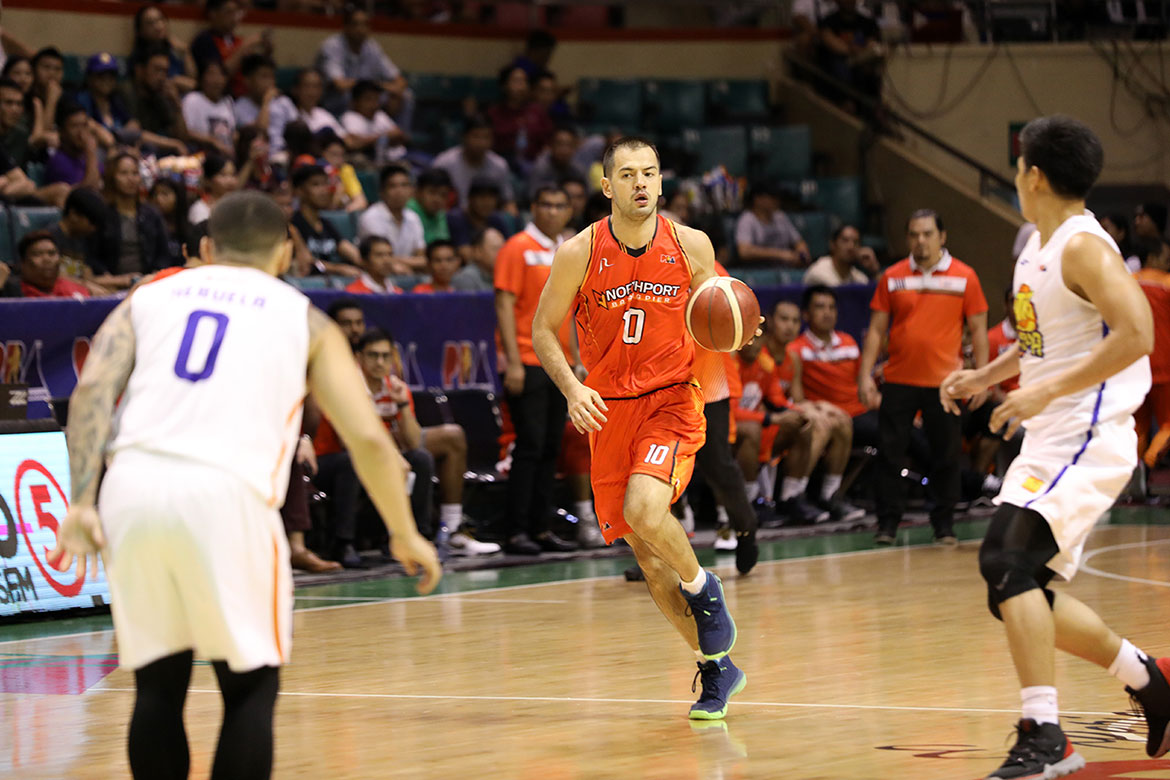 During the waning moments of their 2019 PBA Governors’ Cup meeting with TNT on Wednesday, the NorthPort Batang Pier contested that a goaltending violation should have been called on the KaTropa.

It started when KJ McDaniels’ fingers touched the net while he tried to defend the shot of Sean Anthony, who drove to the rim and went for an off-balance shot with 50.3 seconds left which fell short.

Coach Pido Jarencio was telling the referees that there should have been a goaltending, but nothing was called. The game went on, and the Batang Pier lost by just a point, 100-101.

But for Anthony, he isn’t making any excuses nor pinning the blame on anything.

For the veteran forward, he and the Batang Pier should make stops, especially down the stretch.

“We just gotta make the stops anyway. It doesn’t matter what happened. Jayson (Castro) hit shots, Troy (Rosario) hit shots, KJ (McDaniels) went down the lane, they made the plays,” said Anthony, who had eight points and seven rebounds in the loss.

“That hadn’t anything to do with the calls.”

Not being able to make the necessary stops indeed proved costly for NorthPort. They were already ahead by nine early in the fourth, but TNT came back with Troy Rosario leading the way.

“We need to make stops. We had the lead and if we got those stops, we would have won. But credit to those guys for making those shots down the stretch,” said the nine-year pro.

The Batang Pier have now lost their fourth game in a row, and fall to 1-4 in the team standings. Meanwhile, Anthony wants to help his side snap this skid of theirs.

“I wouldn’t say I’m a hundred percent. I started to find my rhythm a little bit in the second half. Can’t be an excuse though. We’re in a must-win situation now to make the playoffs,” said Anthony.

“We got another one on Saturday so it’s more about just recovering. I just have to make sure to get my body just fresh and recovered and my ankle to not swell anymore.”

The Belingon-Fernandes rivalry in retrospect