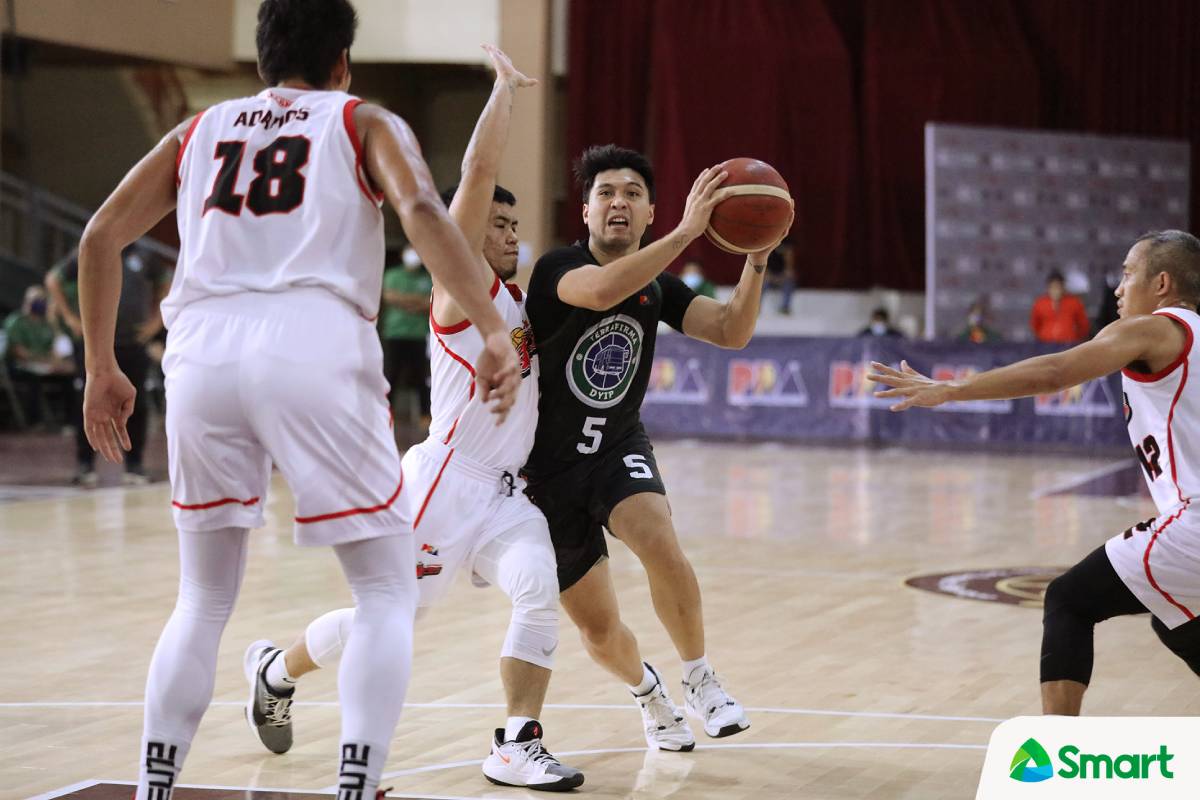 No matter how slim, the chance to make the playoffs was the primary motivation for Juami Tiongson and Terrafirma heading into their 2021 Honda PBA Philippine Cup clash with an embattled Alaska, Sunday night.

Knowing that a loss would mean the end of their aspirations, the Dyip played inspired basketball. They handed the exhausted Aces a 109-85 rout, finishing the elimination round with a 4-7 record.

“We wanted to get this win kasi you never know, this game might be very crucial later down the road. Baka makapag-playoff pa kami,” said the gunslinging guard moments after the match at the DHVSU Gym in Bacolor, Pampanga.

Tiongson was among those who helped Terrafirma save their conference. He fired 17 points — one of three players with the same output, alongside veteran big man Aldrech Ramos and Roosevelt Adams.

It was his best outing since firing a career-high 31 points in their surprising conquest of reigning champions Ginebra last September 3.

The 30-year-old admitted that he went through a ‘reality check’ that led to a lull with his performances. He then realized he needed to adjust.

And Tiongson changed at the best of times, much to the delight of Terrafirma. His efforts even led to the revival of their playoff hopes.

Their fate, though, isn’t entirely in their hands. The Dyip hope to figure in a tie for a possible playoff for the last quarterfinal slot.

#ReadMore  Maliksi on breaking out of slump: 'Kailangan mag-step up dahil do-or-die na'

But if both the Gin Kings and the Aces chalk up their fifth win next week, then they will have to pack their bags and leave the semi-bubble.

But as the saying goes, while there’s life, there’s hope. And the young franchise surely has their fingers crossed that the odds go their way.