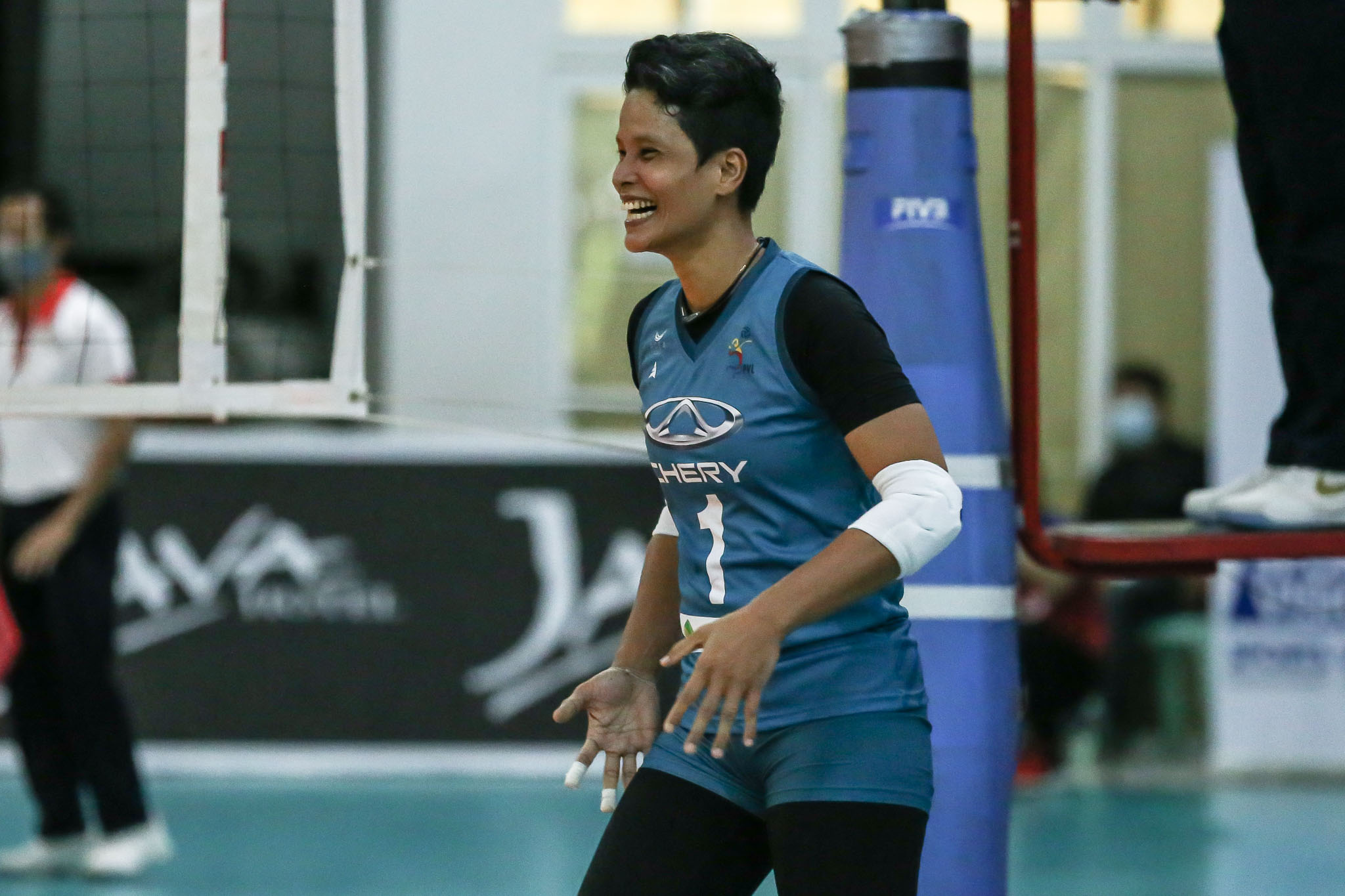 BACARRA, ILOCOS NORTE — Due to the COVID-19 pandemic, teams were forced to train in a bubble set up ahead of the Premier Volleyball Open Conference.

With exhibition matches not an option, Chery Tiggo assistant coach Tina Salak decided to keep herself available just in case the team needed an extra body during training.

So her return to volleyball was definitely ‘accidental’.

Still, the 44-year-old veteran setter out of the Philippine Army is very much thankful for the opportunity to lace up in the country’s first-ever volleyball professional league.

“Actually, aksidente lang talaga na for some reason ‘yung pagpapakondisyon ko is for the sake of the team, for just scrimmage kasi bubble. Ngayon, hindi tayo pwede mag-invite ng other friends or other players to make a scrimmage,” the native of Cavite continued.

On Monday afternoon, Salak made her very first start for Chery Tiggo against a motivated Perlas Spikers.

She finished with 14 excellent sets and four points to lead the Crossovers’ bounce-back win, 25-10, 27-25, 25-23, against the Perlas Spikers — four days after their shocking loss to BaliPure.

Chery Tiggo moved up to a 3-1 standing for the third spot. 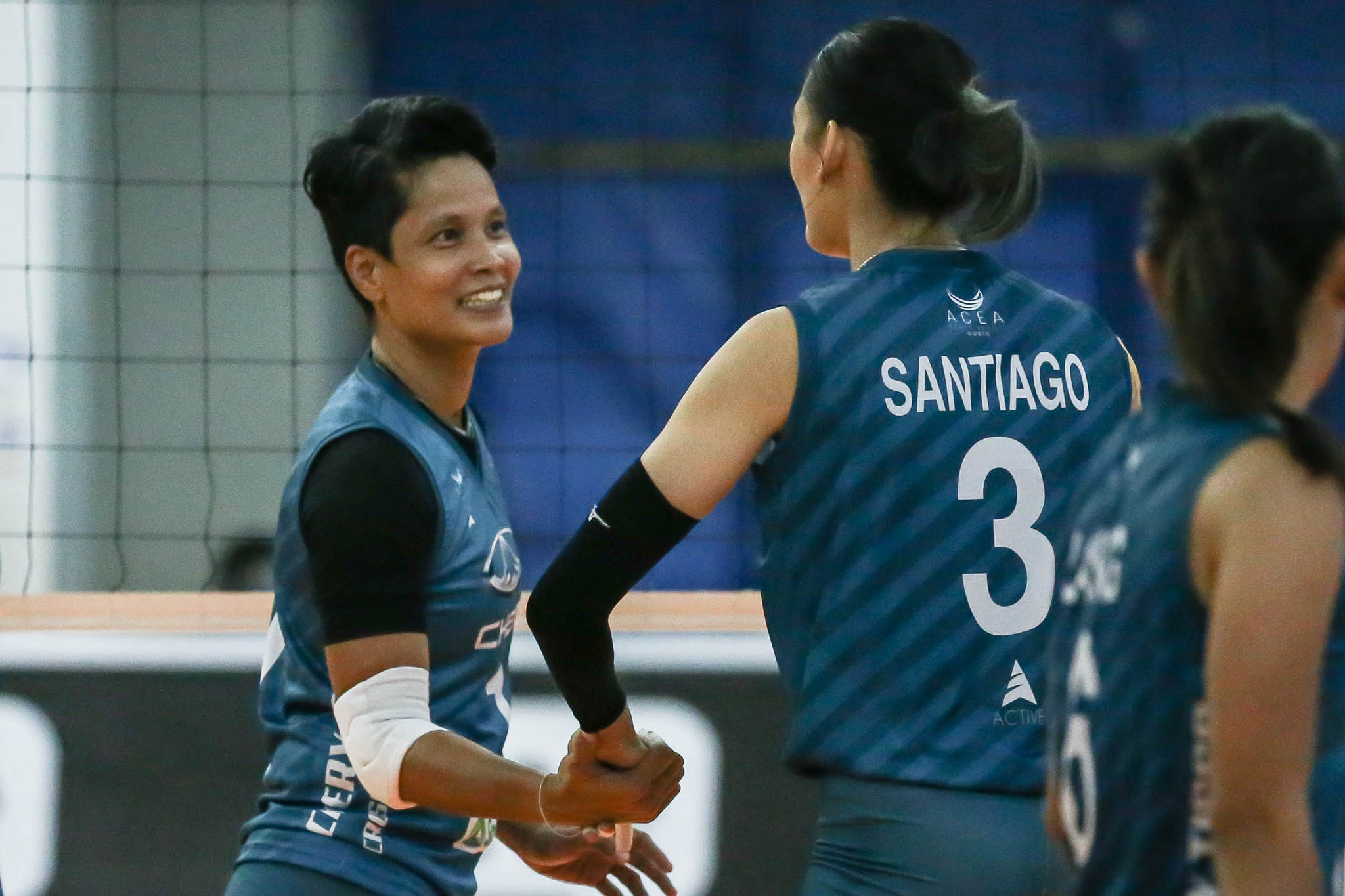 Despite the huge responsibility, Salak bared that she’ll continue to fulfill her duty both as a coach and a player to help Chery Tiggo reach its ultimate goal — the PVL championship.