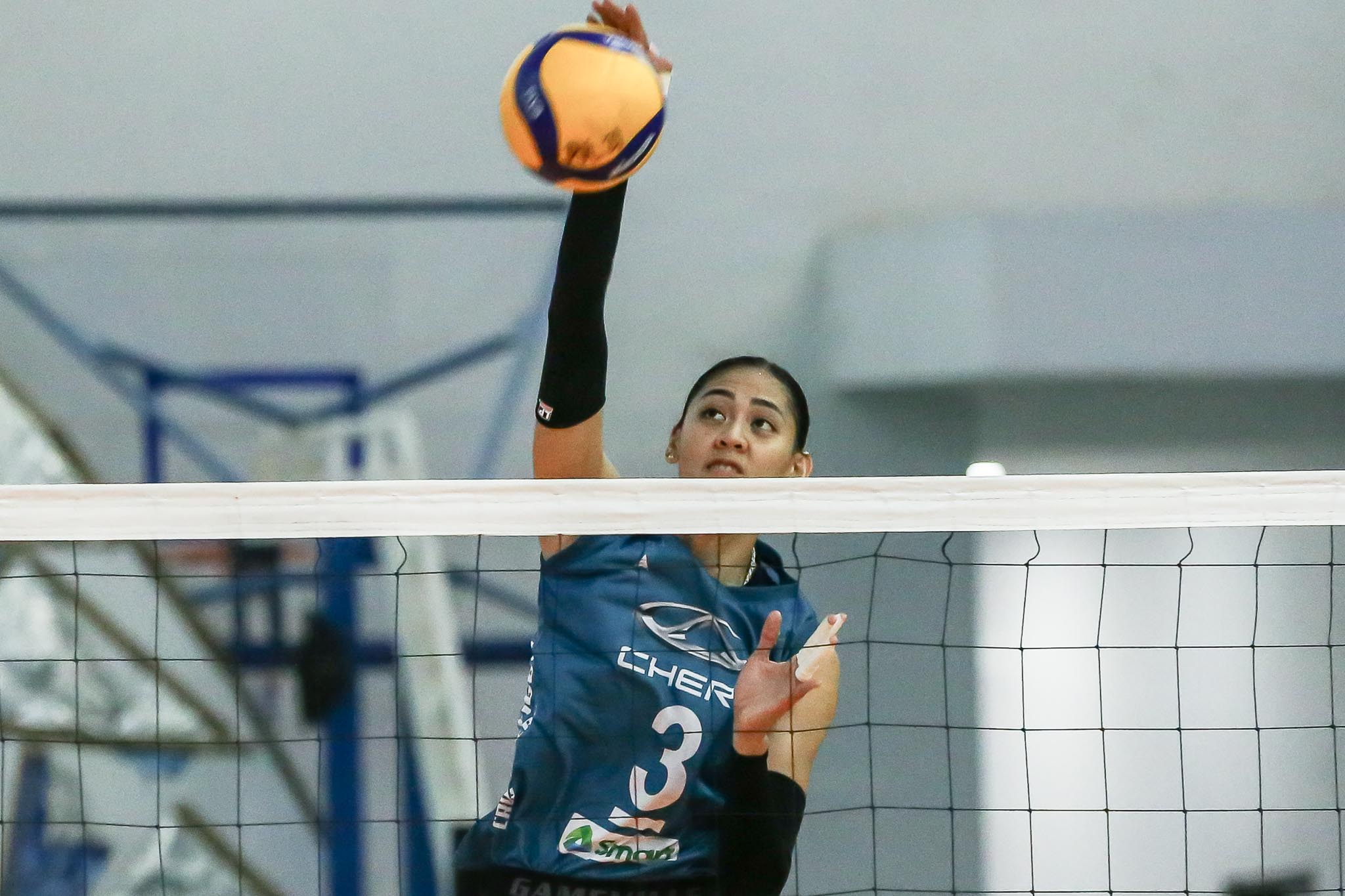 BACARRA, ILOCOS NORTE — Coming off a huge mishap against BaliPure, Chery Tiggo did not allow a repeat to happen against Perlas, taking a 25-10, 27-25, 25-23 win for its third win in the Premier Volleyball League Open Conference here at the PCV Socio-Civic and Cultural Center, Monday.

Down by as much as three points late in the third set, Rachel Austero, Arriane Layug, and Jaja Santiago took charge in a five-point swing to give Chery Tiggo a 19-17 advantage.

But an attack error from Santiago followed by a hit from Nicole Tiamzon locked the scores at 19.

Layug then broke the deadlock before Mylene Paat put the lead back to two points at 21-19.

Not wanting to go down without a fight, Tiamzon kick-started a 4-0 spurt to hand Perlas a 23-21 advantage.

Layug came alive once more while an error from Perlas’ side locked the scores at 23-all.

Shaya Adorador blocked Roma Doromal to put the Crossovers at match-point while an attack error from Jho Maraguinot sealed the 25-23 win.

Santiago led all scorers with 15 points on 11 attacks, three blocks, and an ace while Adorador fired 12 markers off six attacks, four aces, and two blocks.

Chery Tiggo wasted no time in the opener, taking a quick 25-10 win before leaning on Austero and Santiago in the clutch to secure a tight 27-25 win in set two for the 2-0 advantage.

Tiamzon and Sue Roces scored 11 each for Perlas — who suffered its second-straight loss in as many outings.

Chery Tiggo looks to carry the momentum against Sta. Lucia on Wednesday at 3:00 PM while Perlas will face Cignal on Thursday also at 3:00 PM.