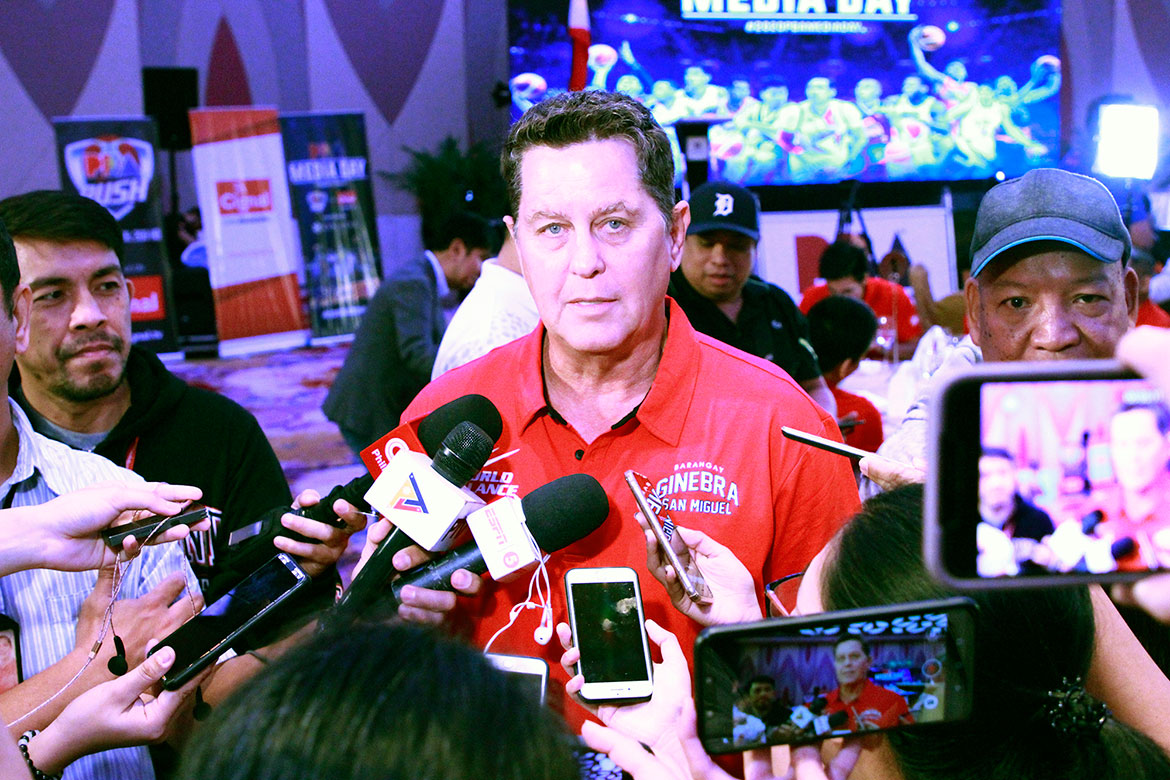 Following his conversations with Greg Slaughter, Barangay Ginebra head coach Tim Cone believes that the 7-foot slotman will not be absent for long as he has taken a break from basketball.

Slaughter earlier this month announced that he’s taking a sabbatical to work on himself, leaving Ginebra without one of its key pieces in the 2020 Philippine Cup and in the foreseeable future.

“We believe he’ll be back, just not sure when. We’re hoping anytime soon,” said the PBA’s winningest mentor Thursday as the league held its second Media Day at the Okada Manila.

Cone admitted that it will be tough not to have the former BPC around, but if it will lead to something better for the Cebuano giant — including returning to the game better — then he’s all for it.

For now, Cone has his sights set on working with the pieces he has for the new season ahead.

Slaughter’s absence will definitely be big for the Barangay but Cone sees it as an opportunity for the others to step up — particularly Japeth Aguilar, from whom he expects great things.

The athletic 6-foot-9 forward is coming off a solid run in the 2019 Governors’ Cup. There, he helped Ginebra clinch its third title in four years on his way to his first Finals MVP nod.

“It’s gonna give an opportunity for Japeth to really spread his wings,” said Cone, a winner of 22 PBA titles.

“He’s always wanted to play thirty-eight, forty minutes a game. He gets mad every time I take him out so he’s gonna get that opportunity now. It will be fun to watch how Japeth grows this conference.”