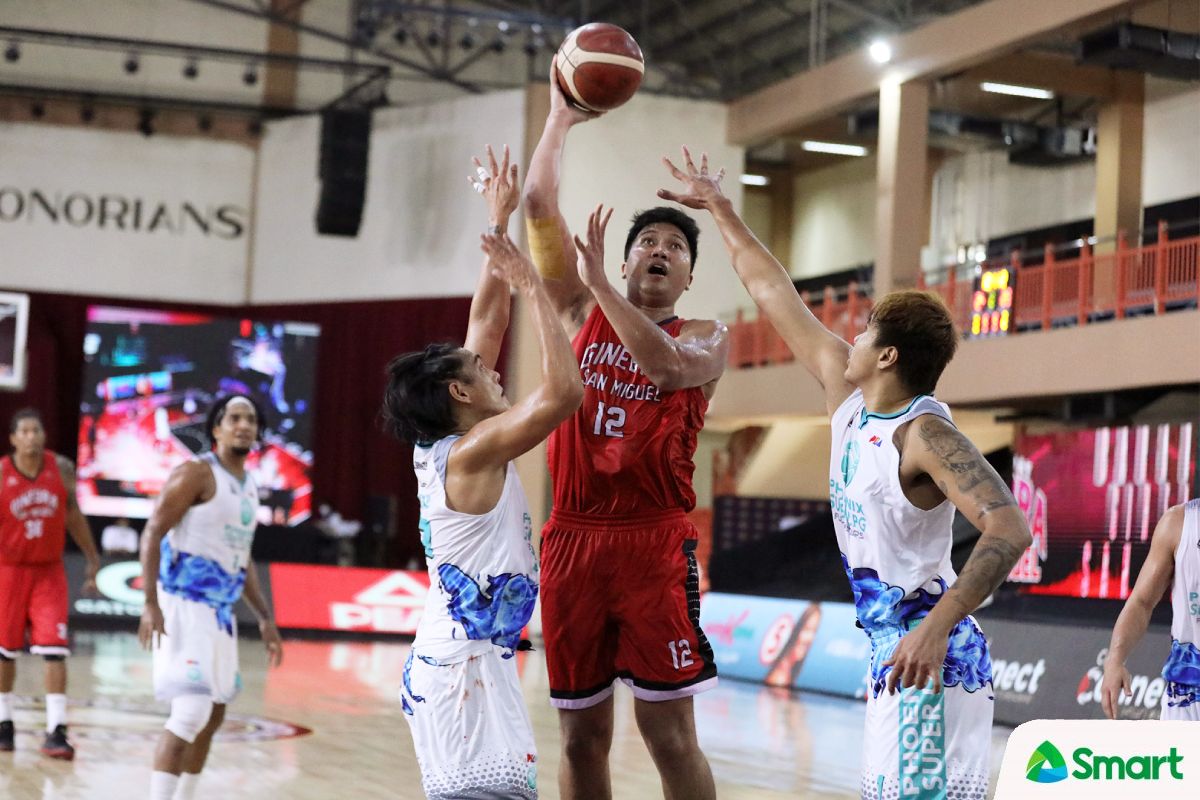 The 6-foot-6 slotman made life without star big man Japeth Aguilar easier to bear for the Gin Kings, turning in a stellar performance with 19 points on 42-percent shooting to lead his side to a season-saving 95-85 victory.

Thanks to him, the crowd darlings have pocketed the eighth and last ticket to the quarterfinals. They also forged a duel with no. 1 seed TNT Tropang Giga.

It was actually his best performance at this conference.

Prior to the knockout game, the 2020 Most Improved Player was only averaging 5.5 points.

Caperal himself is aware that he hasn’t been playing that well. But never did he feel deflated, as he has head coach Tim Cone, plus veterans Joe Devance and Jared Dillinger always pushing him.

That kind of trust definitely boded well for him as it led to remarkable outing. But what Caperal is proud about the most was the never-say-die spirit that the Barangay showed to make sure that their reign won’t end.

Now, Ginebra has its sights set on the quarterfinals. There, it will go up against the Tropang Giga in a twice-to-win disadvantage.

Caperal, though, knows the daunting task awaiting him and his team on Wednesday. Still, he said that defense will be key as they aim to overcome the same squad it took down in five games to rule the bubble play last year.