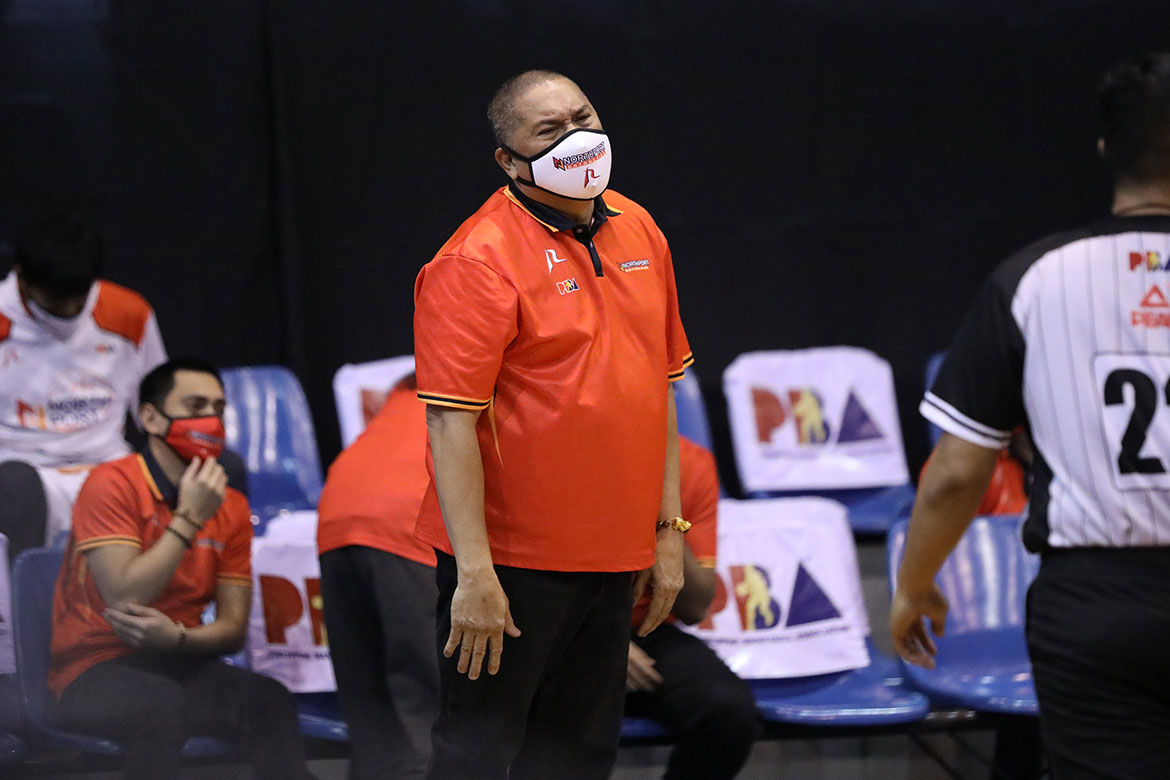 NorthPort head coach Pido Jarencio was a picture of frustration in the waning moments of their game against Rain or Shine, Sunday evening at the AUF Sports and Cultural Center, powered by SMART 5G.

Despite being down to just 11 healthy bodies, and despite figuring in the worst quarter in league history, the Batang Pier was knotted with Rain or Shine at 68-apiece with just three seconds to go.

But one whistle altered the course of the game.

With little time left, Rey Nambatac swooped into a NorthPort wall and drew contact from Paolo Taha for two charities.

“Ang labo niyo,” he said on the account of SPIN.ph’s Gerry Ramos, adding that Jarencio slammed his board in frustration.

Nambatac knocked down both freebies, while Sean Manganti was not able to convert on a triple. NorthPort dropped to 0-3.

Hours after the game, Jarencio and his staff could only think of the what could’ve been.

“Simple lang — referees should not decide the game. That’s it. Let the players win the ball game,” he told Tiebreaker Times.

When the Inter-Agency Task Force lifted the suspension on individual workouts, NorthPort was not as fortunate as the other PBA teams since it could not get the entire band together.

Robert Bolick is still recovering from an ACL tear he sustained a year ago. Both Kevin Ferrer and Jonathan Grey are also nursing respective injuries.

Still, Jarencio and the Batang Pier marched into the bubble with 13 men, with the goal of winning and putting on a show.

“Ang frustration ko lang is that we are doing well, even if seven months kami walang laro, nine days lang na five-on-five, no tune-ups. We have people who have high expectations from us, but we can’t deliver,” expressed Jarencio, as they lost their three games by just an average margin of 4.67 points per game.

“I’m not sourgraping, ayaw kong magdahilan. Tatanggapin ko naman lahat. I’m always a person who doesn’t blame anybody but myself. If we lose, it’s on me. If we win, it’s the players. Siguro may part na hindi ko na gawa, but we can also say breaks of the game.”

Though frustrated, the 56-year-old mentor is by no means defeated.

With the way his team played against Blackwater, Phoenix, and Rain or Shine — three squads in the upper echelon of the league — there’s nowhere to go but up.