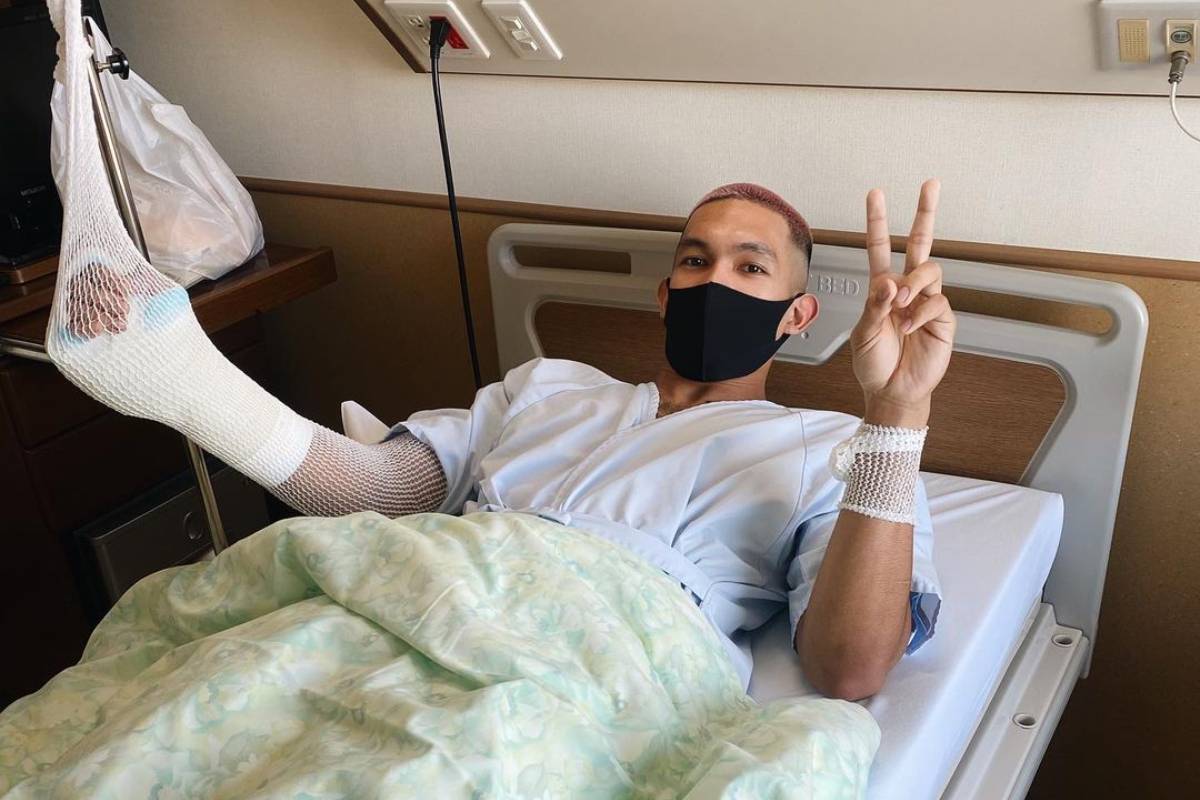 Thirdy Ravena’s journey towards recovery is off to a good start.

The versatile 6-foot-2 guard shared via Instagram Thursday that the operation on his injured right hand turned out to be successful.

“Happy to announce that my operation was a success,” he wrote.

“Thank you to the wonderful team of Dr. Nakao at Chunichi Hospital and my NeoPhoenix family. Be back soon.”

Ravena suffered a metacarpal oblique fracture in the third quarter of San-En’s clash versus Shibuya in B.League action last Saturday.

The 24-year-old landed on his hand as he dove for a loose ball at the 6:34-mark. He tried to play through it, but was pulled out a minute later.

He never returned since, leaving the match with only six points and four rebounds. Worse, his side lost to the Sun Rockers, 80-81.

San-En is now 5-22 in the Western Conference standings.

Ravena is also out of the B.League All-Star festivities.

He was supposed to play for B.League White but has been replaced by Mikawa’s Takuya Kawamura. He won’t see action in the dunk contest as well.