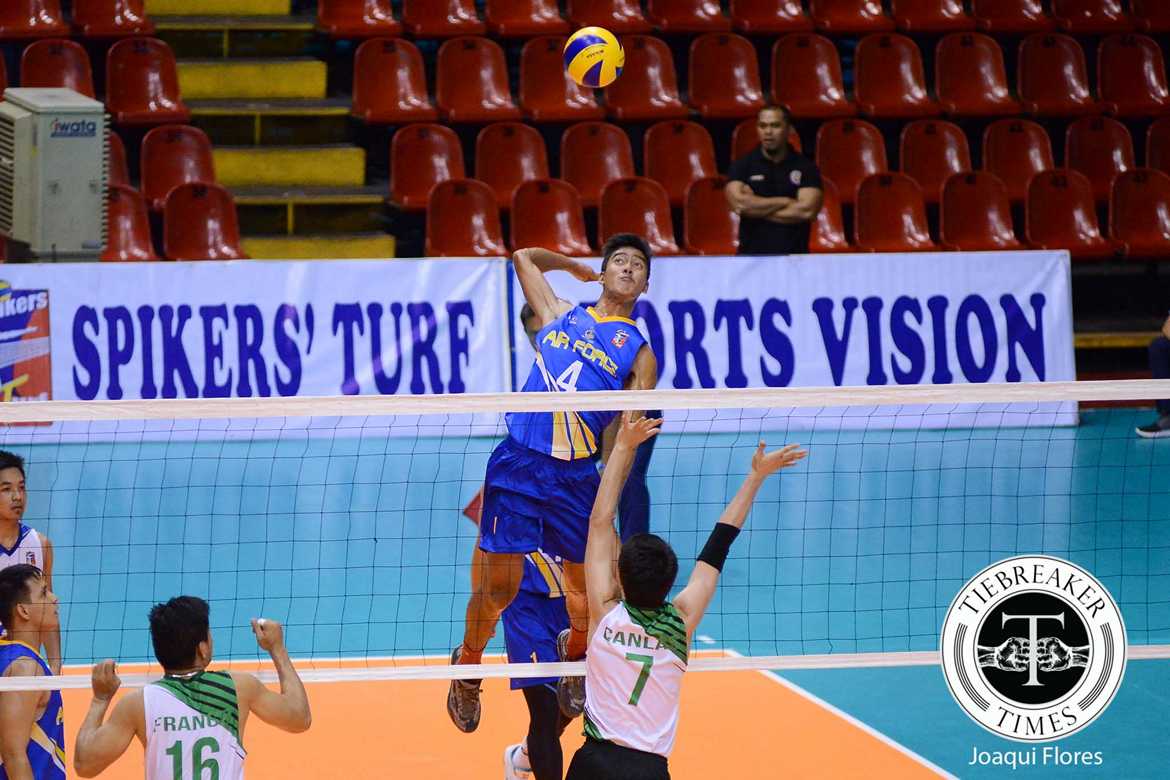 For the third time in four conferences, the Cignal HD Spikers and Philippine Air Force Airmen meet for the 2016 Spikers’ Turf title after sweeping their respective Reinforced Conference semifinals series, earlier today at the PhilSports Arena.

The match was a stark difference from their grueling Game One duel, which lasted five sets, as Champion’s attack dwindled late in each set.

The National University standout pitched in 21 points, all of which he scored in the latter three sets, to power Air Force to the Finals.

Since the inception of the league, Air Force and Cignal have met in the Finals constantly, splitting the last two conferences.

Both squads are eager to settle the score in another best-of-three series.

Game One begins on Wednesday, 12:30 pm at the PhilSports Arena.