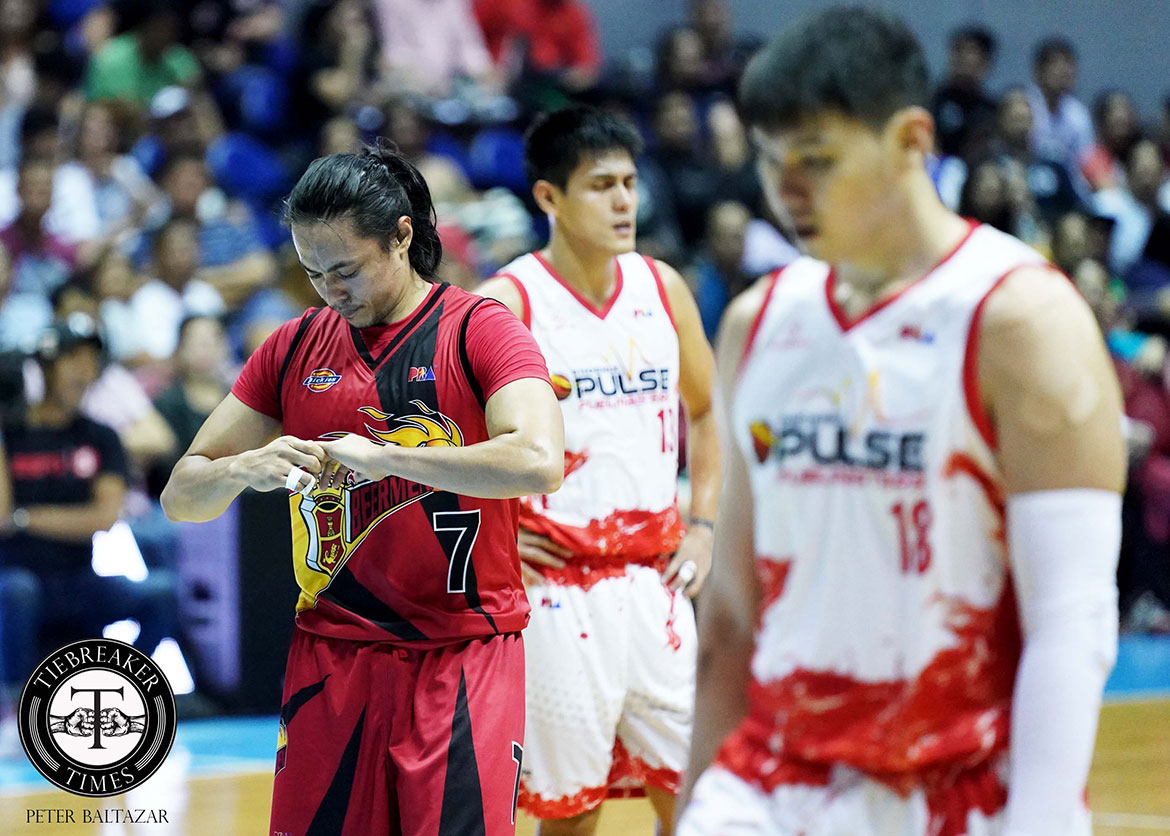 The injury bug has bitten Terrence Romeo yet again.

Romeo suffered the injury with 1:27 remaining in the third quarter after colliding with Phoenix big man Dave Marcelo, and he left the about seven seconds later. The flamboyant combo guard never came back since.

That unfortunate exit stalled the Far Eastern University product’s good outing as he already collected 13 points on 4-of-5 shooting from the field on top of four assists, three rebounds, and a steal in the 17 minutes he played.

“Na-dislocate,” shared Romeo of his injury after the match.

Wednesday was just Romeo’s second game this conference as he missed the Beermen’s first seven games in the mid-season joust no thanks to an inflamed Achilles tendon, which he suffered during the 2019 Philippine Cup Finals.

San Miguel head coach Leo Austria is not sure yet if the injury will place the six-year pro on the sidelines again, which will be a tough blow for San Miguel should that happen as they are currently making one last push for the playoffs.