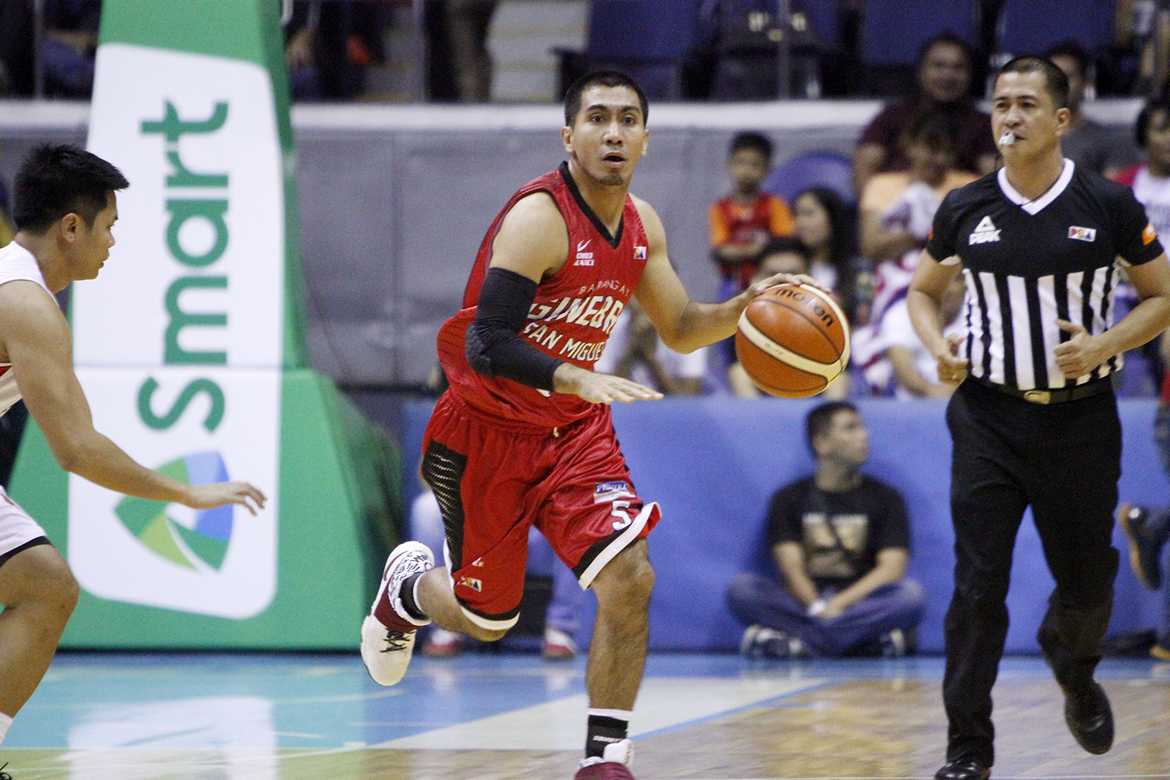 Behind another well-balanced offensive effort, the Barangay Ginebra San Miguel took a dominant 107-95 victory over the Blackwater Elite on Wednesday evening at the Smart Araneta Coliseum.

Behind 31 assists out of their 45 total conversions from the floor, Ginebra distributed scoring against Blackwater’s defense.

Justin Brownlee flirted with a triple-double, tallying 27 points, nine rebounds, and eight assists. LA Tenorio continued his consistent Governor’s Cup with 23 points on 10-for-12 shooting from the floor and five dimes.

Prior to the game,  head coach Tim Cone admitted he was concerned against the Elite but also opened up how he was fascinated with the way the ball moved for his team offensively.

“I was worried prior to this game. But our guys defended and passed the ball well.” he said. “Everybody’s passing the ball even our stars. It’s been fun to watch and coach but what it comes down is our defense that’s why we’ve been able to put up wins.”

Blackwater threatened to make the game interesting in the 10-minute mark of the final period, chopping Ginebra’s lead and momentum down to 76-73 from Eric Dawson’s inside stabs. However, a 10-3 blitz separated Ginebra again by a double-digit spread on a key run ignited by the troika of Sol Mercado, Justin Brownlee and Japeth Aguilar.

With momentum back, Ginebra further increased their lead to 18 with two minutes to go and left the Elites in the dust.

As for floor general Tenorio, he shared that their great start this conference is backed by the way they are sharing the ball and playing more like a team.

READ  Mark Dickel disagrees with Chot Reyes: 'Gilas coach should be most qualified'

Aside from the disparity in assists, Ginebra knocked down seven triples compared to Blackwater’s 2-for-15 clip from downtown. The Brangay ended shooting 51 percent from the floor against the Elite’ 46 percent.

Ginebra grabbed their third straight win despite not having the services of Chris Ellis and Greg Slaughter due to their respective injuries. Looking ahead, they seek to keep it going versus a sister team battle against defending champions San Miguel Beermen (3-1) on Sunday at the SM Mall of Asia Arena.

For the Elites, Eric Dawson finished the night with 26 points and 18 rebounds. Carlo Lastimosa continued his All-Star season with 21 markers off the bench but shot 1-for-6 from downtown.

Blackwater (1-3) now has its first losing streak of the Governor’s Cup and seeks to halt it versus the undefeated TNT KaTropa(4-0) on Saturday, 3:00pm at the Big Dome.

JP Voltes bounces back with rout of Green Archers United