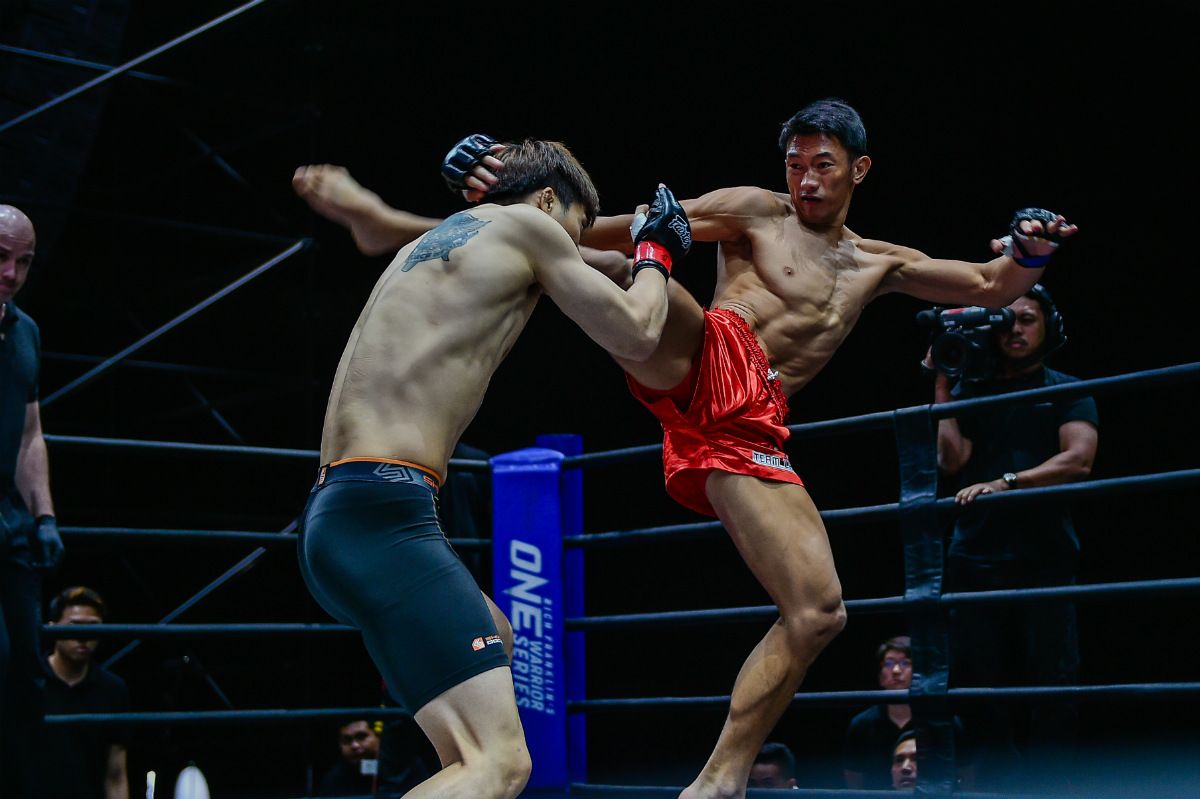 Team Lakay stalwart Jerry Olsim continues to impress in his journey to the ONE Championship main roster, as he once again shone in Rich Franklin’s ONE Warrior Series.

Olsim outpointed Myeong Gu Kim in the co-main event of OWS 6 last Thursday, June 20, in Singapore to remain unbeaten in his career.

The 22-year old racked up his fourth win in OWS. And he continues to make a case for a main roster contract in the future.

Furthermore, Olsim also took home the most exciting bout of the night much to the delight of his head coach Mark Sangiao.

“It was ‘Fight Of The Night’, so that was really an excellent performance from Jerry in Singapore. Not only him, but his opponent was also good. It was a stellar performance for the both of them,” said Sangiao.

“Jerry is great at striking and clinching. That’s his bread and butter. However, we have to work on his ground game and finishing.”

At such a young age, it would not be a surprise to see Olsim become a staple in ONE Championship in the future. Sangiao is confident that Olsim can achieve that feat in a few year’s time.

“I congratulated him for a job well done and a great display of athleticism. I just told him to keep on training. In the big league, considering he’s just 22, he’ll go places,” said Sangiao.

“I am telling him now that he is a star in the making. He’ll be a star in ONE for as long as he remains hungry.”

In the end, Shinechagtga Zoltsetseg of Mongolia took home the contract. He was awarded a deal worth in excess of USD 100,000 after knocking out Hyunjin Lee in the main event of the contest.

Though he did not get the lucrative contract to the main roster, Sangiao is confident that he’ll get there one day.

For Sangiao, it’s all about consistency.

“I always remind him that the key to being a champion is training, training, and training. That should be every day so he can work on his weaknesses.”