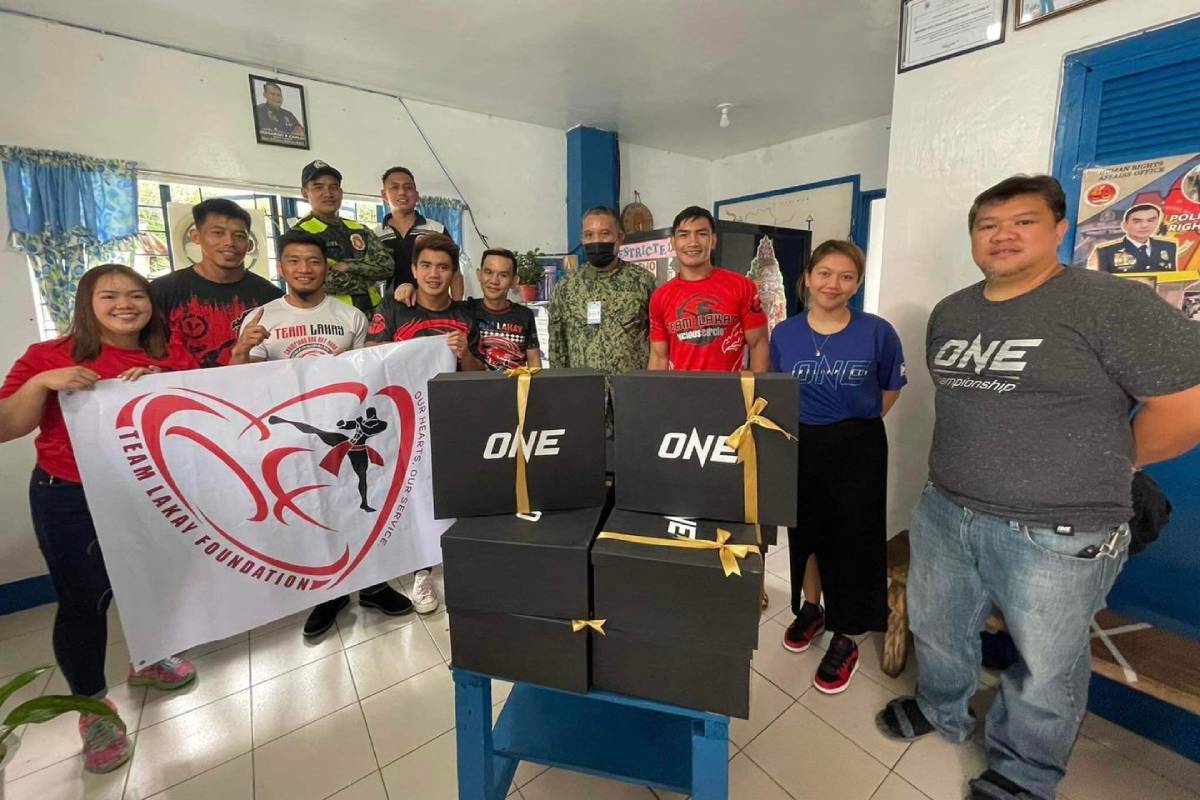 Team Lakay may be ferocious and relentless inside the Circle. But outside of it, they’re athletes with hearts built to serve their communities.

That’s precisely how Team Lakay Foundation came to be, as the members of the fabled squad formalized their collective efforts to assist various groups in their home province of Benguet.

This past December 14, the team went to King’s College of the Philippines, ADIVAY Boys, Young People of Fatima Christian Praise Community Church, and Christian Praise Children’s Home to spend quality time and distribute gifts to their members.

Among those in attendance were some of the biggest stars in ONE Championship: Danny Kingad, Kevin Belingon, Stephen Loman, Jhanlo Mark Sangiao, Eduard Folayang, Lito Adiwang, Jeremy Pacatiw, and Joshua Pacio.

“We talked about it, from coach Mark to kuya Eduard Folayang, and then we decided to form it, the Team Lakay Foundation,” Pacio said.

“It’s one way of giving back to all the people around us, the people who have been there. It’s just a way of saying thanks to those who’ve supported us.”

For the ONE Strawweight World Champion, their success shouldn’t remain inside the walls of their gym. It should also resonate to the people who have been there from the start, back when the team was still struggling and didn’t have the prestige they have today.

“It’s a different feeling. Back then, this team was starting, and they were struggling, but people were there to help Team Lakay build from nothing,” Pacio said.

“Now that’s what we plan to do, be there for the people who truly need assistance. This is a way of pulling our community up.”

While the Team Lakay Foundation formally started in 2020, the squad was already lending a helping hand before, particularly those ravaged by the COVID-19 pandemic and the natural disasters that devastated Benguet Province.