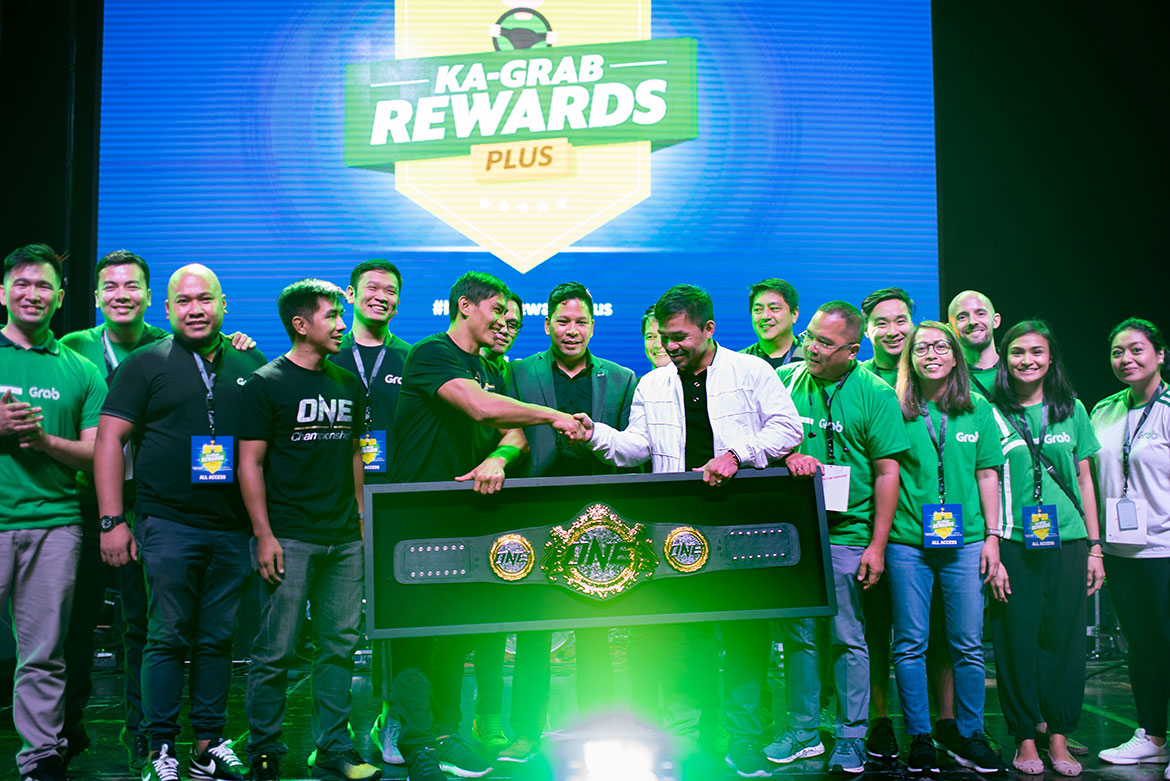 Members of the renowned Team Lakay have always been vocal in their admiration of Boxing’s only eight-division World Champion Manny “Pacman” Pacquiao.

So it was only natural for the rock stars of ONE Championship to feel a bit starstruck when they shared the stage with the Philippine senator for Grab’s Ka-Grab Rewards presentation at the Mall Of Asia Arena on 26 August.

While they were there to surprise their fans from Grab, they also had a fanboy moment while onstage with the legendary Pacquiao.

“I would love to apply as a bodyguard. That way I’ll be with him everywhere,” Folayang joked before bursting into laughter.

“It’s such a huge honor that we were joined by a legend and a hero in Philippine sports. That’s a huge boost for us to do our part even with our small following.”

Seeing the effect that Pacquiao has on them, Pacio is even more motivated. He hopes to one day inspire people just the same.

“I know that Manny’s here to inspire us and the Grab drivers – the heroes in their own field. It motivates us all to do more, seeing what he’s done,” Pacio said.

On the flipside, sharing the stage with Pacquiao also shows how far the team has come.

It was not long ago that the members of Team Lakay were simply fans who were emotionally invested every time Pacquiao took centerstage.

Now they are here, sharing a moment with a global icon. Team Lakay has certainly arrived.

“It only goes to show that it’s not impossible,” Folayang said.