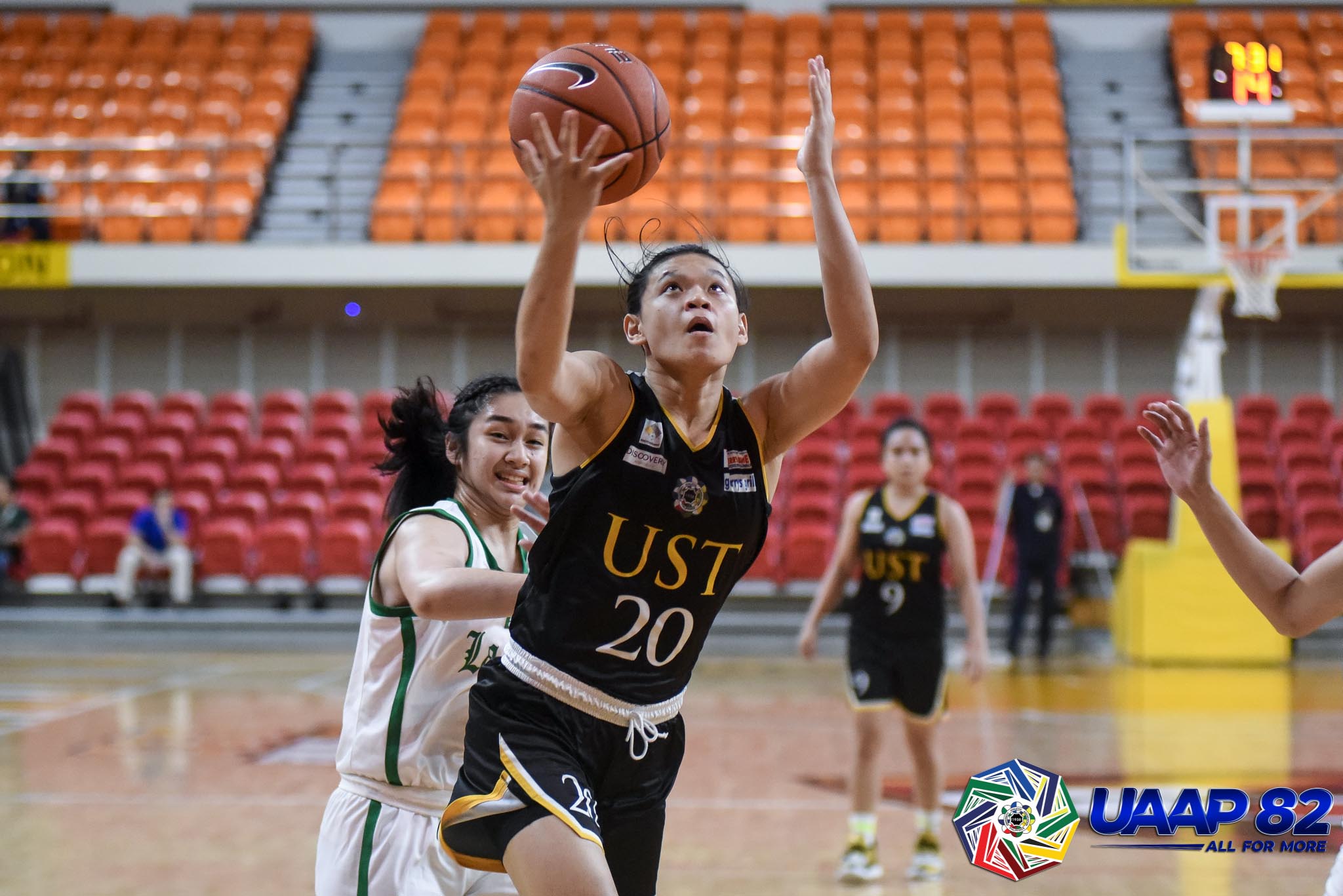 It was an important win for the Growling Tigresses, as they went up to 10-3 while booking their slot in the Final Four.

“I’m just happy,” said UST head coach Haydee Ong, as her team missed out on the playoff incentive a year ago by just one game.

Leading by just 10 at the half, the Tigresses allowed just four points in the third canto to turn the game into a rout.

“I just told them that what we trained in the last two days is yung depensa namin. So ‘yung adjustment namin nung nangyari nung first half, nagawa naman namin,” expressed Ong.

Ferrer put on the finishing touches in the game, as UST led by as much as 32 points in the contest.

It was a tough loss for the Lady Archers as they fell to 6-6, half-a-game behind fourth-running Far Eastern University.

Maureen Okoli was the lone La Salle player in double digits in points with 11, along with eight rebounds.

Leading Rookie of the Year candidate Kent Pastrana was limited to just 15 minutes in the game. She only had six points on four attempts.