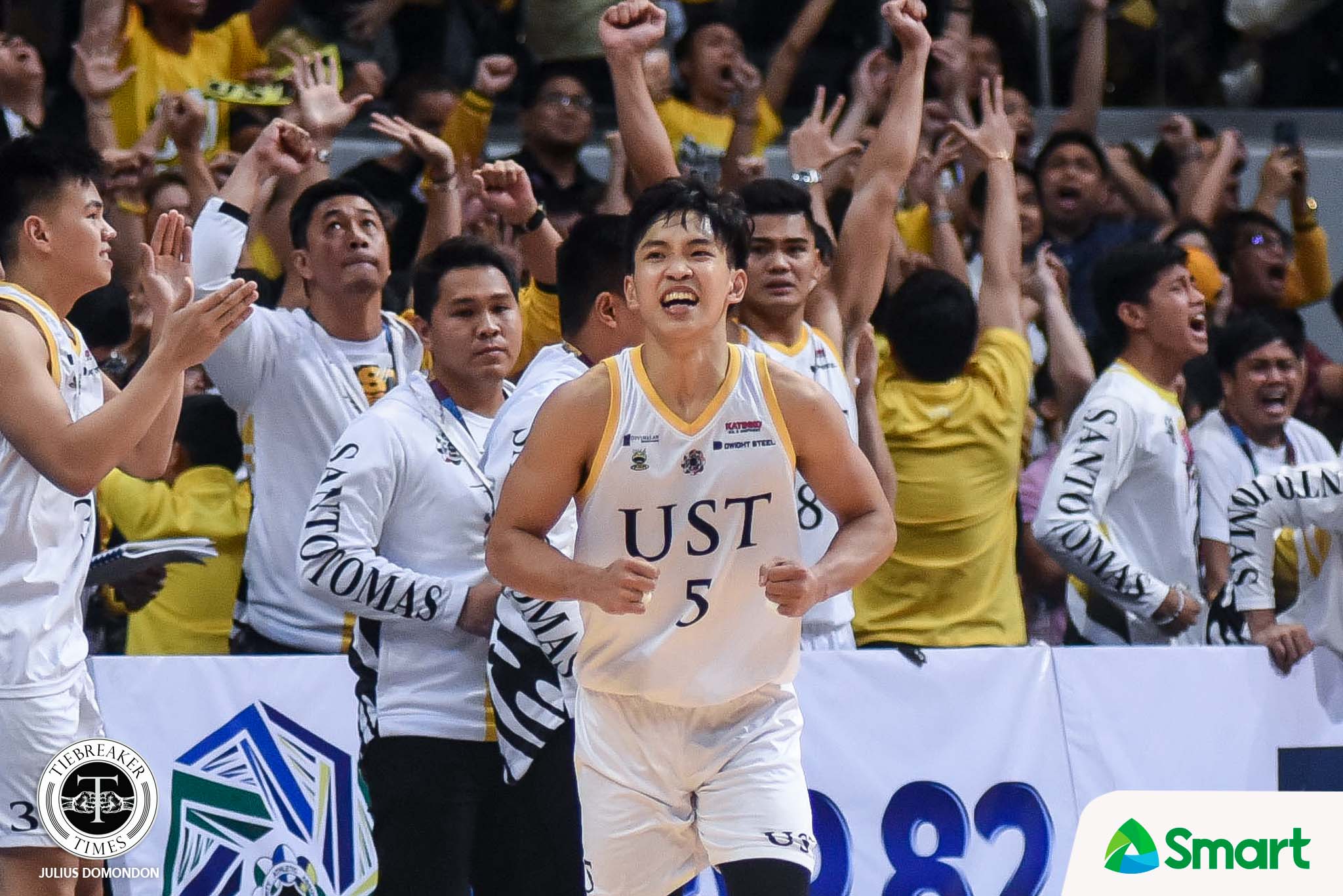 The prodigal son made sure that his final year would be worth it.

Renzo Subido couldn’t let his collegiate career end without making it to the Finals, leading the University of Santo Tomas to the UAAP Season 82 Men’s Basketball Finals with a 68-65 thriller over University of the Philippines Wednesday at Mall of Asia Arena.

The senior playmaker drilled the go-ahead triple over Bright Akhuetie with 23.6 seconds remaining to push the Growling Tigers ahead, 66-65.

UP had one final hurrah, but James Spencer could not tie the game with his open trey as the buzzer sounded.

“It was really tough for us because of their adjustments. We tried to counter, we were able to get our shots, kaya lang hindi pumapasok,” said coach Aldin Ayo, as UST booked its first trip to the Finals since 2015. “But I kept on telling the boys to keep on taking those shots kasi ‘yun naman ‘yung mga tinitira namin.”

The Growling Tigers held through despite shooting 7-of-39 from beyond the arc — a measly 18-percent clip. They kept up the grind even in the face of a 65-61 deficit after a Kobe Paras dunk with 1:53 remaining.

Subido fired 14 points on 4-of-9 shooting from deep, on top of three rebounds, two assists, and two steals.

Chabi Yo topscored for UST with 22 points and 16 rebounds. Mark Nonoy got 12 points, while Rhenz Abando had 11.

Meanwhile, Akhuetie carried the Fighting Maroons with 16 points, 17 rebounds, and four assists. Jun Manzo had 12 points and five boards in the loss.

The best-of-three Finals series against the Ateneo Blue Eagles begins on Saturday at the Smart Araneta Coliseum.