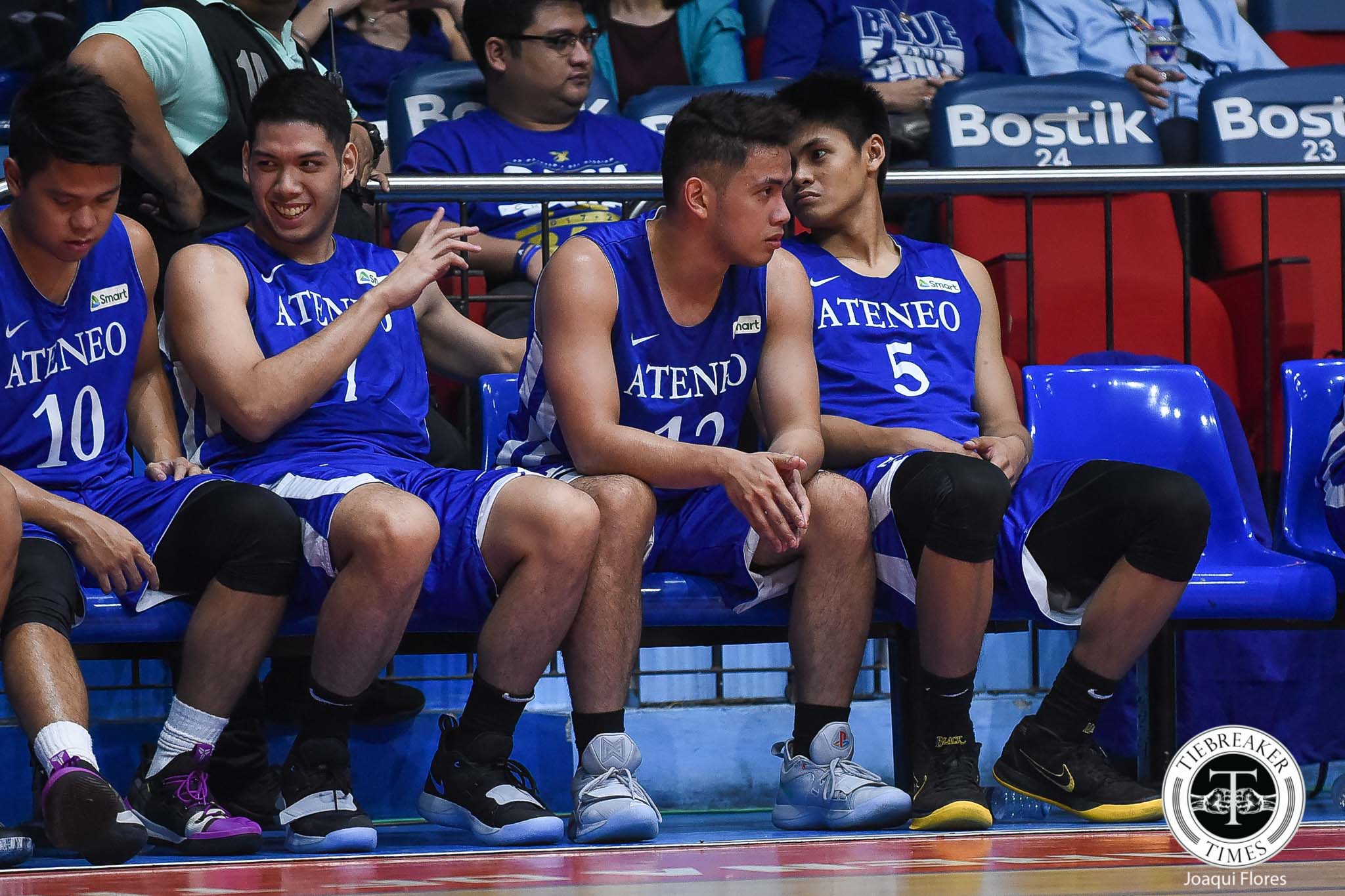 Monday marked the start of the best-of-three semifinals series in the 2018 PCCL National Championship. But it also marked the first day of classes for the Ateneo de Manila University.

Many were surprised that incoming sophomore SJ Belangel was the starter for the Blue Eagles during their clash with fellow-champions San Beda Red Lions. His backup was seldom-utilized guard BJ Andrade.

The quartet arrived at the Filoil Flying V Centre in San Juan City at around 5:30pm – a few minutes after the halftime break.

The reason? They had to finish their classes.

“It’s our first day of classes today. And we really have a class schedule of 1:30 to 4:30 every Monday, so wala kaming choice,” disclosed Matt Nieto.

“We really have to attend that because it’s the first day of classes and ayaw naman naming masabing we missed a class because of a basketball game. Kasi yun yung laging excuse namin ‘pag first sem eh.

When they arrived, the four quickly suited up and ran onto the court. After all, they wanted to face the NCAA champions. 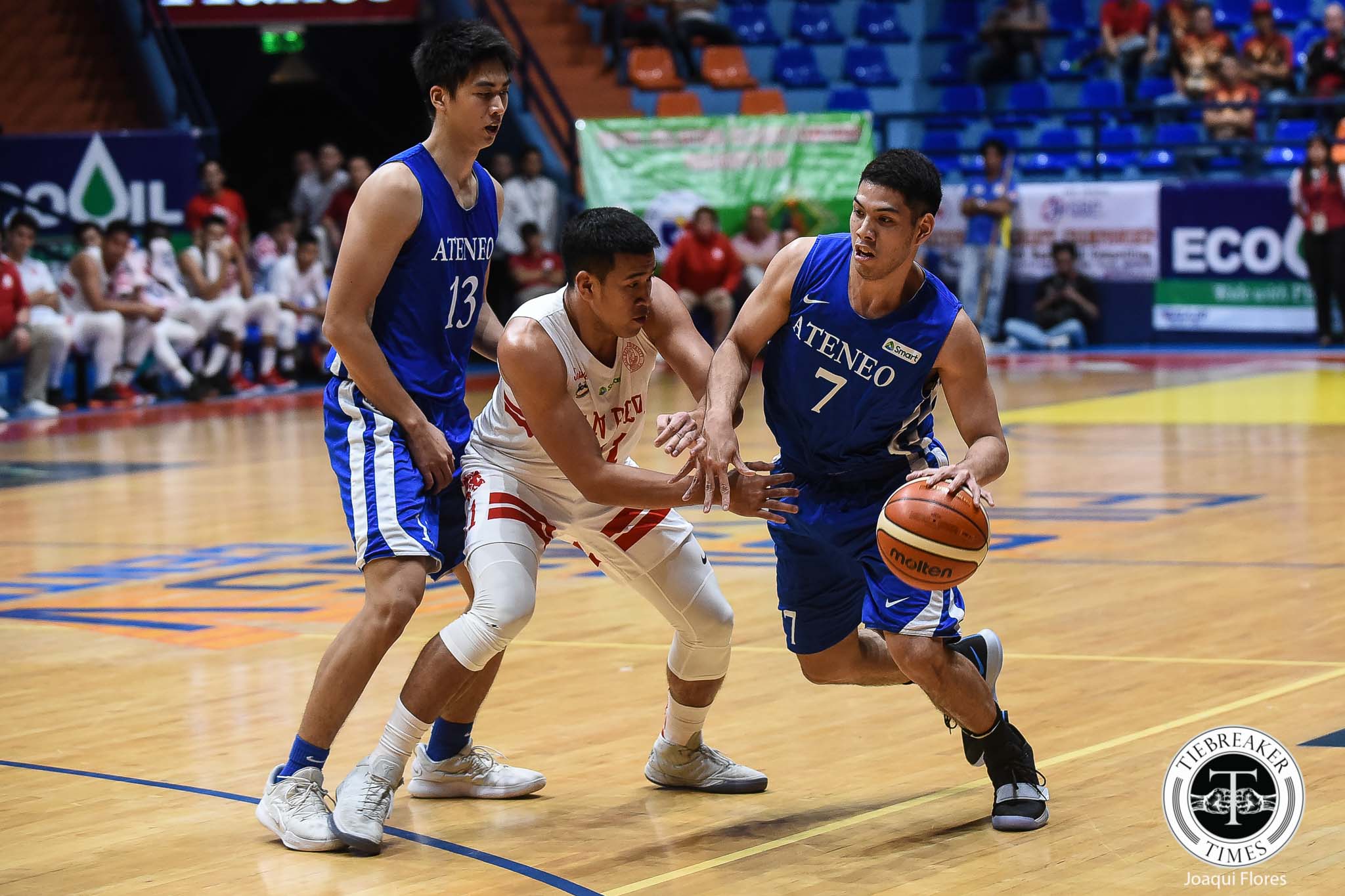 “Pero alam mo naman sa Ateneo, it’s always studies first. And really, we have to catch up on our studies because it’s the second sem. Medyo marami kaming classes. Really missed a lot during the first sem. Studies first talaga,” reiterated the two-time UAAP champion, who played six minutes in the game.

Ateneo looked far from their in-game form against San Beda, however, as they dropped Game One by a low scoreline of 43-49. The Blue Eagles had only begun training last Thursday.

Now, the first order of business for the Blue Eagles over the next two days is to pick up their conditioning. The UAAP champions are dead set on not getting swept by their NCAA counterparts.

“So tomorrow and Wednesday, we’ll just try to get back in shape.” 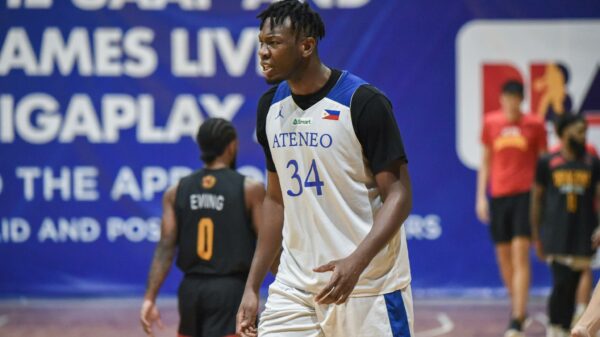 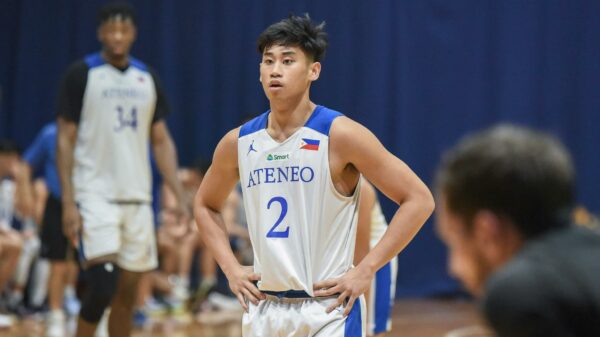