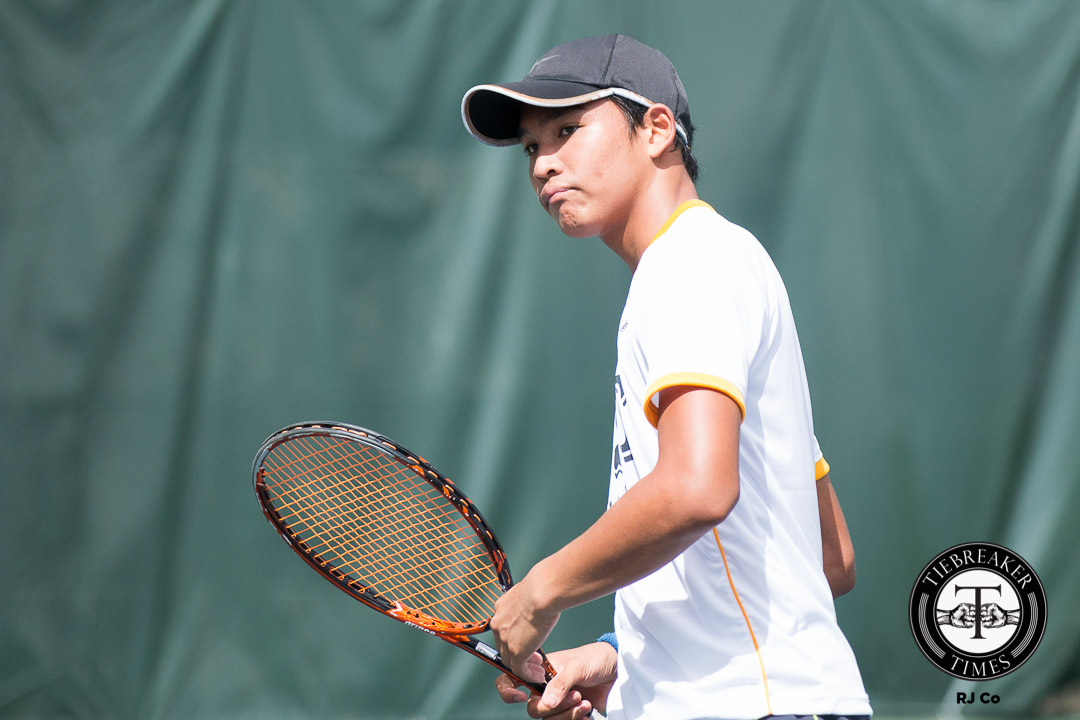 Yet again, another University of Santo Tomas squad slayed another UAAP streak

After few close calls, the Male Tennisters did something no team has done in five years — winning over the National University Bulldogs after getting a 3-2 win, Sunday at Rizal Memorial Tennis Center.

And it was evident in how each Thomasian fought in each of the five matches.

Sophomore Dave Mosqueda opened the shocker with a close 6-4, 6-4 victory over Jeremiah Latorre in the first singles match over in the other side of the Center.

In Court 1, the first doubles match went NU’s way as the long-time tandem of Kiko Alcantara and Allen Manlangit took care of Cabusas and Leroy Bering 6-2, 6-4.

Nonetheless, UST also bagged the second singles match as last year’s Rookie of the Year Clarence Cabahug impressed in his UAAP singles debut in a 6-3, 6-3 victory over Justine Prulla. This win gave UST the 2-1 lead.

With plenty of tennis being played, it boiled down to the last remaining matches. The defending champions NU tried had some lease for life after leveling the second doubles match with senior Jigo Peña and second-year AJ Alejandre teaming up.

UST’s third-year player Nico Lanzado, who had some problems closing out matches last year, showed such fortitude as he was in cruise control of the final singles match despite not getting service breaks. In the end, his focus prevailed, dealing Jeric Accion a 6-3, 6-0 loss to send UST to its opening day win.

The Bulldogs did not went out without a fight as four-time champion Peña and his partner Alejandre took the second doubles match in three sets, 6-7, 6-1, 6-4.

The Male Tennisters (1-0) will try to carry the momentum when they face the formidable University of the East Red Warriors (2-0) on Wednesday, February 22 at 2pm.

On the other hand, the reigning champions Bulldogs (0-1) will go for a fresh start earlier that day against the Ateneo de Manila University Blue Eagles (0-2) at 11am.