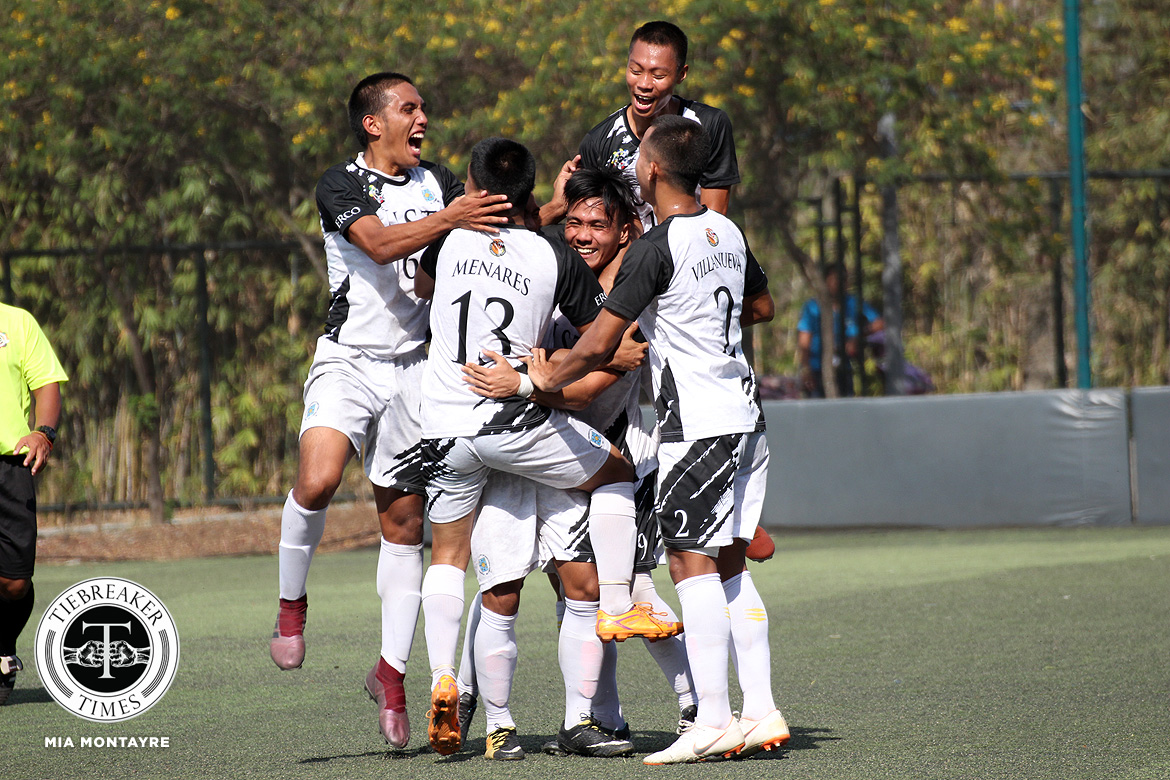 Steven Anotado is one of the deadliest strikers in the UAAP. And once again, his expertise was on full display for everyone to see.

Just when it looked like the University of Santo Tomas Golden Booters would drop two big points against the University of the East Red Warriors, Anotado’s moment of individual brilliance earned the España-based school a 2-1 win, Thursday afternoon, at the FEU-Diliman field in Quezon City.

The Golden Booters drew first blood right at the stroke of halftime when their skipper, Ian de Castro, headed the ball past Red Warriors goalkeeper Frank Rieza. However, UE found a lucky break in the second half to level the game. Bon Opena capitalized on UST defender Erick Orale’s error to shoot past stopper Zaldy Abraham, Jr. in the 58th minute.

It was a tough blow to take for Allado’s men, but they soon felt a sense of relief and ecstasy three minutes before the fulltime whistle. With the game on the line, Anotado received the ball in a dangerous position inside the UST box, eluded his markers, then turned and struck the winner past Rieza.

Anotado’s goal was a bitter pill to swallow for the Red Warriors. Their day was summed up in stoppage time when Mar Diano’s effort went past Abraham, only for it to be denied by the post.