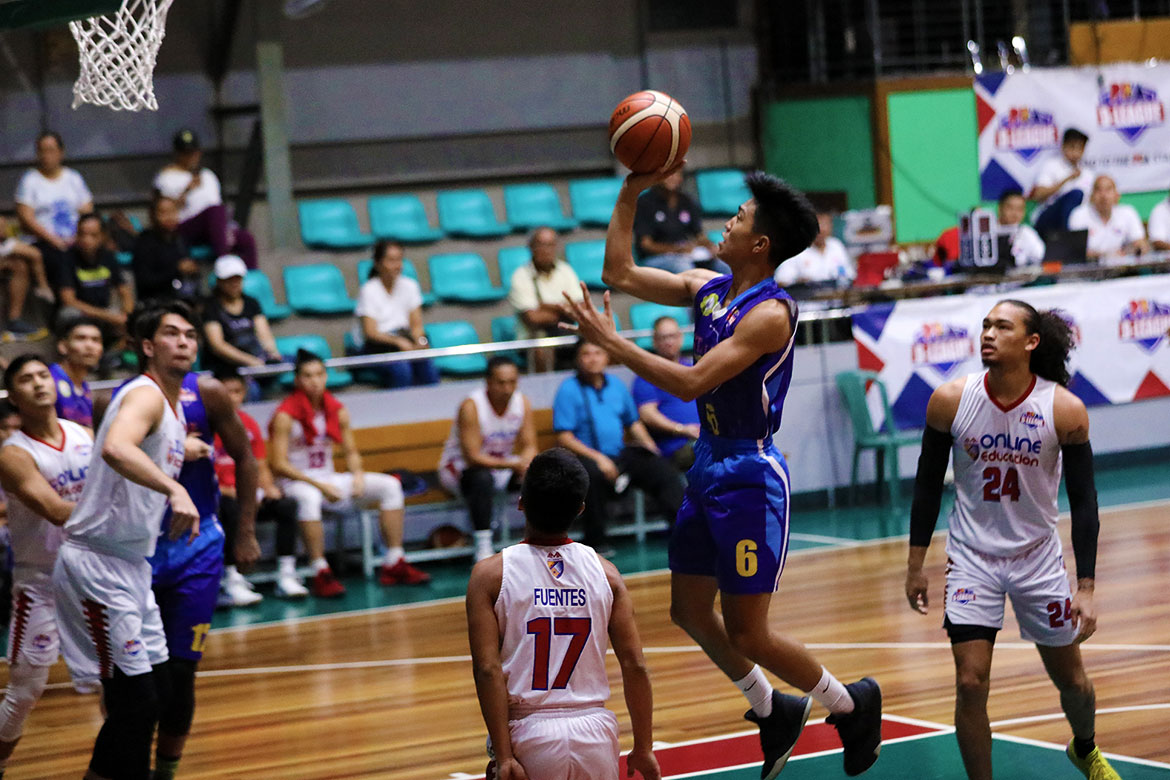 Joshua Fontanilla and Darwin Lunor teamed up for the Saints’ first quarter flurry, where they took a 35-20 advantage and never looked back.

The diminutive Fontanilla fired 11 of his 16 points in the first half, on top of six rebounds and five assists. Meanwhile, Lunor added 13 to his name, as well as six boards and three assists to banner the seven players in double-digits.

Irven Palencia and John Ambuludto combined for 28 in the win, as the lead swelled at its highest at 33, 76-43, in the third period.

The Saints now sit idle in third place in the pool. They can still move up to the no. 2 spot and clinch a twice-to-beat edge if Family Mart-Enderun upsets Ironcon-UST on Thursday.

In the process, Petron-Letran (6-3) have also been eliminated since they own an inferior quotient.

Franky Johnson chimed in 19, while Troy Rike had a double-double with 15 points and 11 rebounds.