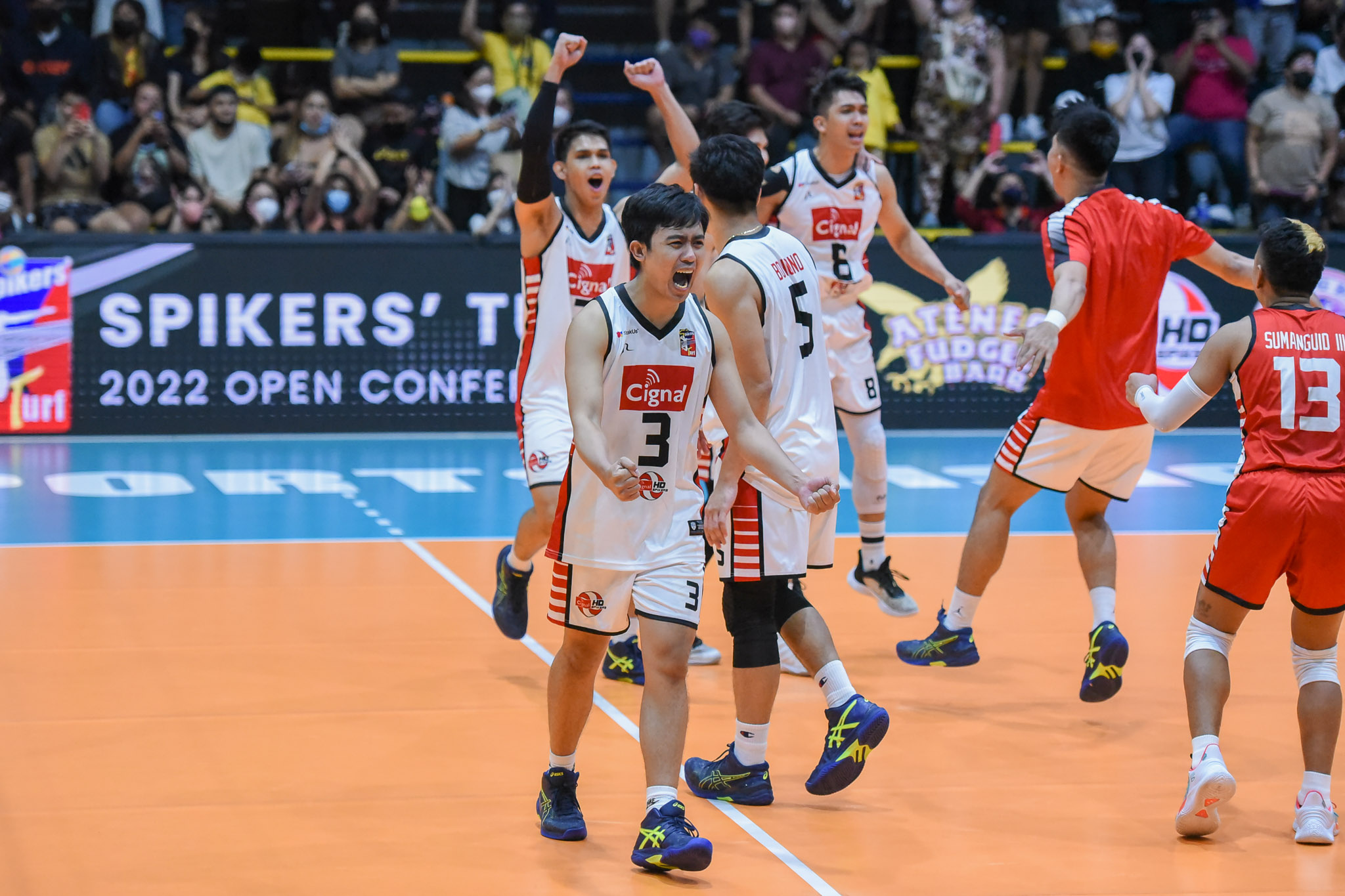 Marck Espejo previously left hurt his left Achilles last Saturday against VNS-One Alicia. Today, he made his return and spearheaded the HD Spikers’ third consecutive trip to the finals.

Espejo scored 16 points on 11 attacks, four blocks, and an ace, to go along with 21 excellent receptions and seven digs.

Cignal ended the semifinals with a 2-1 standing. It earned the right to face National University-Sta. Elena in the finals.

Already ahead by five points, 23-18, in the third frame, JP Bugaoan rose high for an emphatic rejection of Greg Dolor. That pulled Cignal to match point.

Owen Suarez steered the offense with 21 excellent sets while Manuel Sumanguid had 13 excellent receptions and seven digs in the victory.

On the other hand, Joeven Dela Vega and Dolor each had nine points for the Sea Lions. Meanwhile, Joshua Umandal, who was forced to sit out the first set due to an infraction he committed in the team’s last match against the Nationals, was held to only five points.

The Game One of the finals between Cignal and NU-Sta. Elena will be on Thursday at 5:30 PM. Meanwhile, PGJC-Navy will take on VNS-One Alicia in the battle for bronze at 2:30 PM.