Petro Gazz — who lost Game One via sweep — squeezed out stellar performances from Soltones and Myla Pablo to overcome a 1-2 set disadvantage in Game Two and send the series to a winner-take-all affair tomorrow.

With this, the 27-year-old outside hitter reminded the rest of the Angels to loosen up heading to the crucial match. 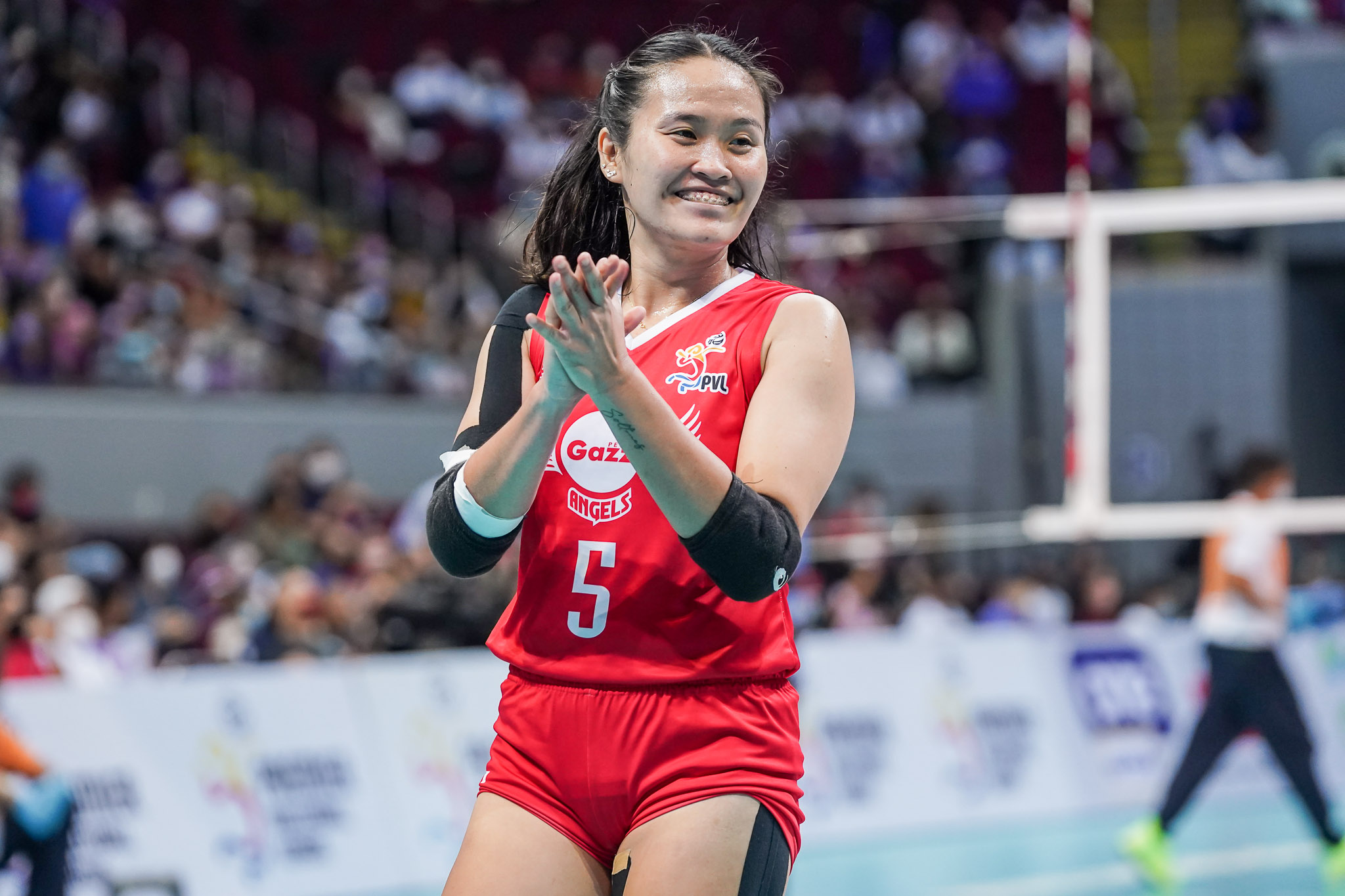 Soltones scored four points in a 5-2 rally that put the Angels ahead by three, 23-20, in the all-important fourth frame.

Then, when the HD Spikers took the lead and threatened to steal the game at 24-23, Soltones turned it up a notch on the defensive end — catching two consecutive powerful attacks from Rachel Daquis to save the Angels from elimination.

The former San Sebastian star also contributed when it mattered the most, scoring two of Petro Gazz’s last four points to help the team complete the comeback.

According to Soltones, the team was very eager to bounce back against Cignal after the deflating three-set loss they encountered in Game One.

With a finals berth on the line, Soltones also vowed to give her all for Petro Gazz tomorrow.