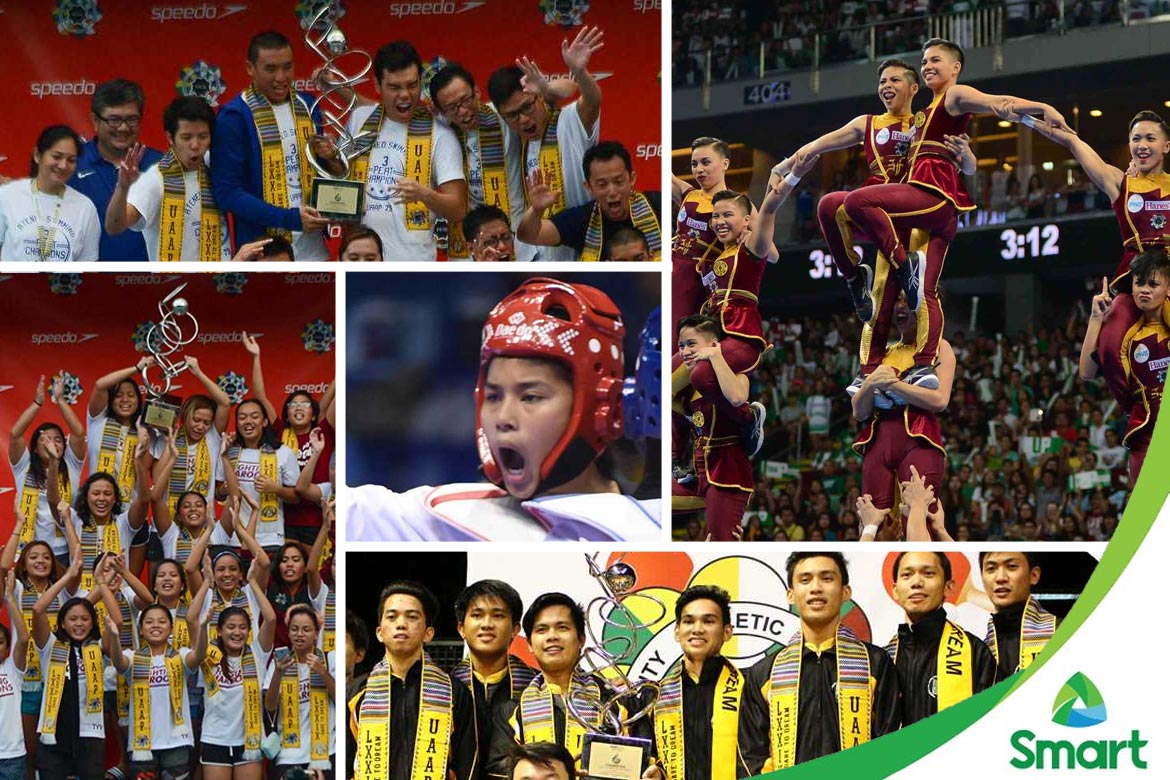 It has been a crazy week in the UAAP, with majority of the events having ended. While there was a gold rush for a number of schools, a certain squad stood up for their beliefs and continue to fight for what they think is right.

Here are the top UAAP stories for the week.

A soldier will fight long and hard for a bit of a colored ribbon.

For the first time in 21 years, the University of the Philippines Pep Squad will not participate in the UAAP Cheerdance Competition.

“From our first request for an informal meeting, to the letter of protest advised by the organizers themselves, we have exhausted all our efforts to reach a resolution. We have repeatedly sought out the delegated individuals to no avail,” the official statement of the Pep Squad said.

“And after many weeks, months, and now a year of waiting, our issues and questions remain unresolved. Reared in the institution we represent, we abide with our principles of honor and integrity, and stay true to our word of foregoing with the competition, should the same organizers be hired to handle the event again.”

And with that, this year’s competition, set to be held on Saturday, November 19, at the SMART Araneta Coliseum, has lost one of its performers.

And still the brave men and women of the UP Pep Squad continue to fight for their rights.

From Zero to Hero

Prior to this season, the National University Taekwondo program had been the cellar-dwellers of the UAAP Taekwondo Championships. The team had made its debut during the 75th season of the league but has only compiled a total of four series wins out of 24 contests.

Figueroa had helped steer the University of the East Lady Red Jins to the championship a season ago with an immaculate 6-0 record. But due to unforeseen circumstances, the decorated mentor transferred to Jhocson Street to develop the young NU program.

#ReadMore  Still eyes on the prize for Ayo, Green Archers

He was able to replicate the same magic with the Lady Bulldogs. Led by lightweight Shiryl Badol, they were able to sweep the entire competition, highlighted by masterful wins over UP and De La Salle University – both powerhouse teams from seasons past.

The record-breaking, hit-making Ateneo Blue Eagles continue their dominance in the swimming competition after securing a rare three-peat.

“We’re happy to get the title again. Every one worked hard, so we deserve it,” King Eagle Axel Ngui said. “We made sure everyone has a goal, and everyone worked on that goal. It’s not just me who will be leaving Ateneo a legacy, every one of us has something to do with this legacy.”

As the team goals were crafted, individual interests were put aside. Both Ngui and reigning back-to-back Most Valuable Player, two-time Olympic veteran Jessie Lacuna had to make sacrifices. Instead of competing in seven individual events, both only participated in five to enable them to compete in two relay events where they could establish a mark that will stay on for some time.

Last season, amidst setting countless of new UAAP records, the Blue Eagles missed the gold in only two events, one of which was a relay event – the 200m Freestyle Relay. Knowing that some teams had loaded up in the sprint events, Ngui and Lacuna teamed up to hopefully contain the threat.

This enabled their younger teammates to step up and contribute to the overall effort of the team. UAAP Season 77 Rookie of the Year Alberto Batungbacal rose to the challenge and even emerged as this season’s Most Valuable Player with 95 points. Batungbacal, who had been denied the MVP crown several times back in his stint with the Ateneo Junior Tankers, finally took home the ultimate individual prize.

The comeback is real

Down 322-332 entering the final day of competitions, the UP Lady Maroons needed a clutch performance to snap the Ateneo Lady Eagles’ hopes of a third straight championship. And they were able to do so after snatching four out of the five gold medals at stake during the final day.

In what could be considered a major upset in the tournament, returning Lady Maroon Delia Cordero, a former Rookie of the Year and Most Valuable Player, finished ahead of Ateneo’s back to back MVP Hannah Dato (2:27.33) in the 200m Butterfly by clocking in at 2:23.48. This was the first and only event in which Dato did not win the gold medal in her three years in the league. She later revealed that she had been nursing an injury entering the tournament. Romina Gavino of Ateneo finished third in 2:27.85.

#ReadMore  All in good fun

The UAAP Season 79 Swimming Championships tiara is their sixth in nine years.

Some good things must come to an end, while some must be rekindled.

After defending champions De La Salle University Green Paddlers made history as the first sixth-seeds to enter the Finals of the UAAP men’s table tennis tournament, winning five straight do-or-die ties in the process, the run was eventually stopped by a hungry pack of Tigers.

The University of Santo Tomas Tiger Paddlers completed a 16-0 sweep of the season after dominating DLSU in two ties, en route to ending their three-year title drought, Wednesday, at the Blue Eagle Gym.

Pantoja, together with Gil Ablanque, Adolfo Bazar, and doubles specialist Oneal Maldia, never buckled as they swept the Green Paddlers in both ties.

This is UST’s 26th crown in the UAAP Table Tennis competition. 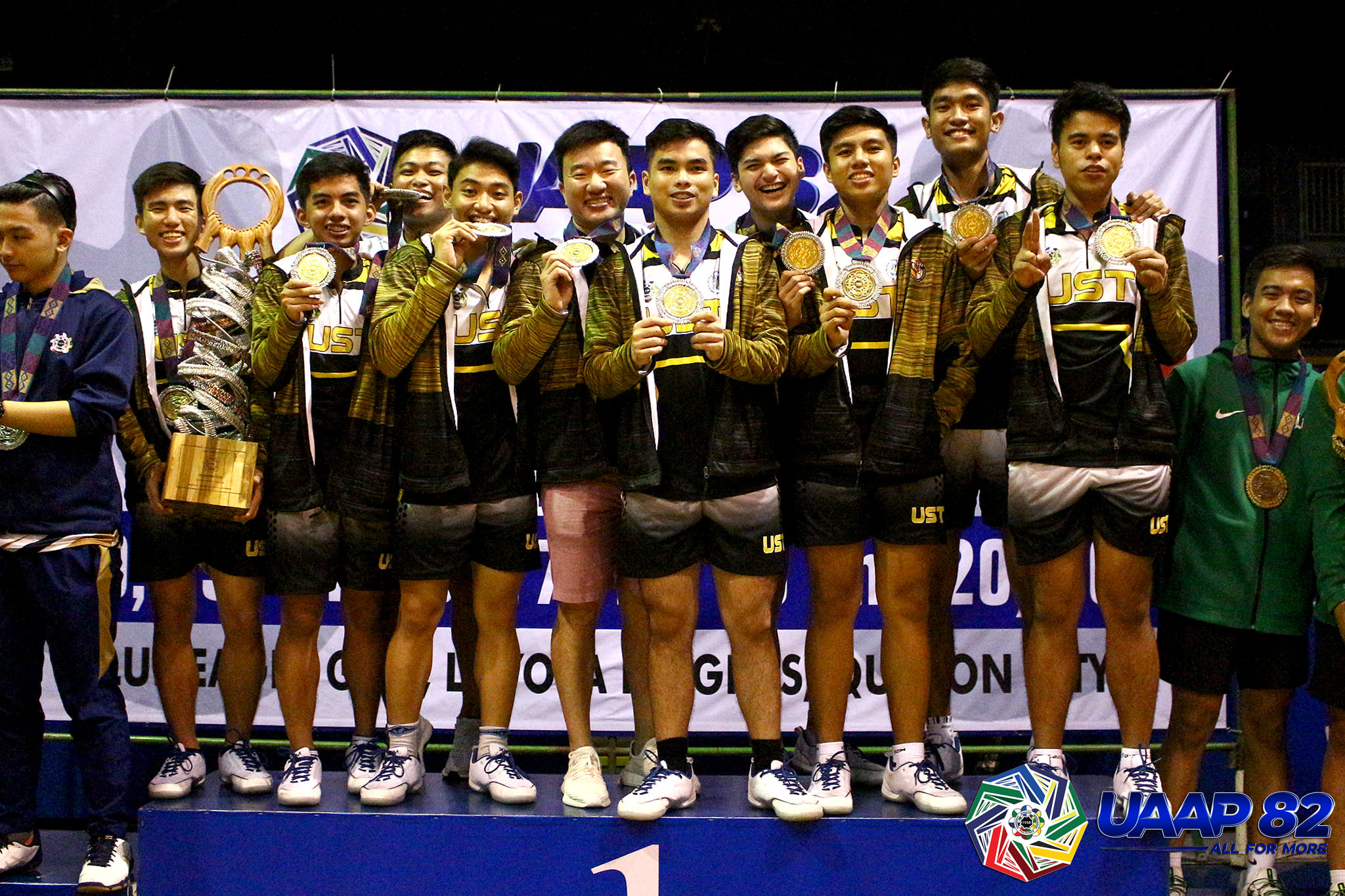 University of Santo Tomas turned a heartbreaking loss into another championship, taking down rival National University, 2-1, in the best-of-three Finals, Wednesday at the... 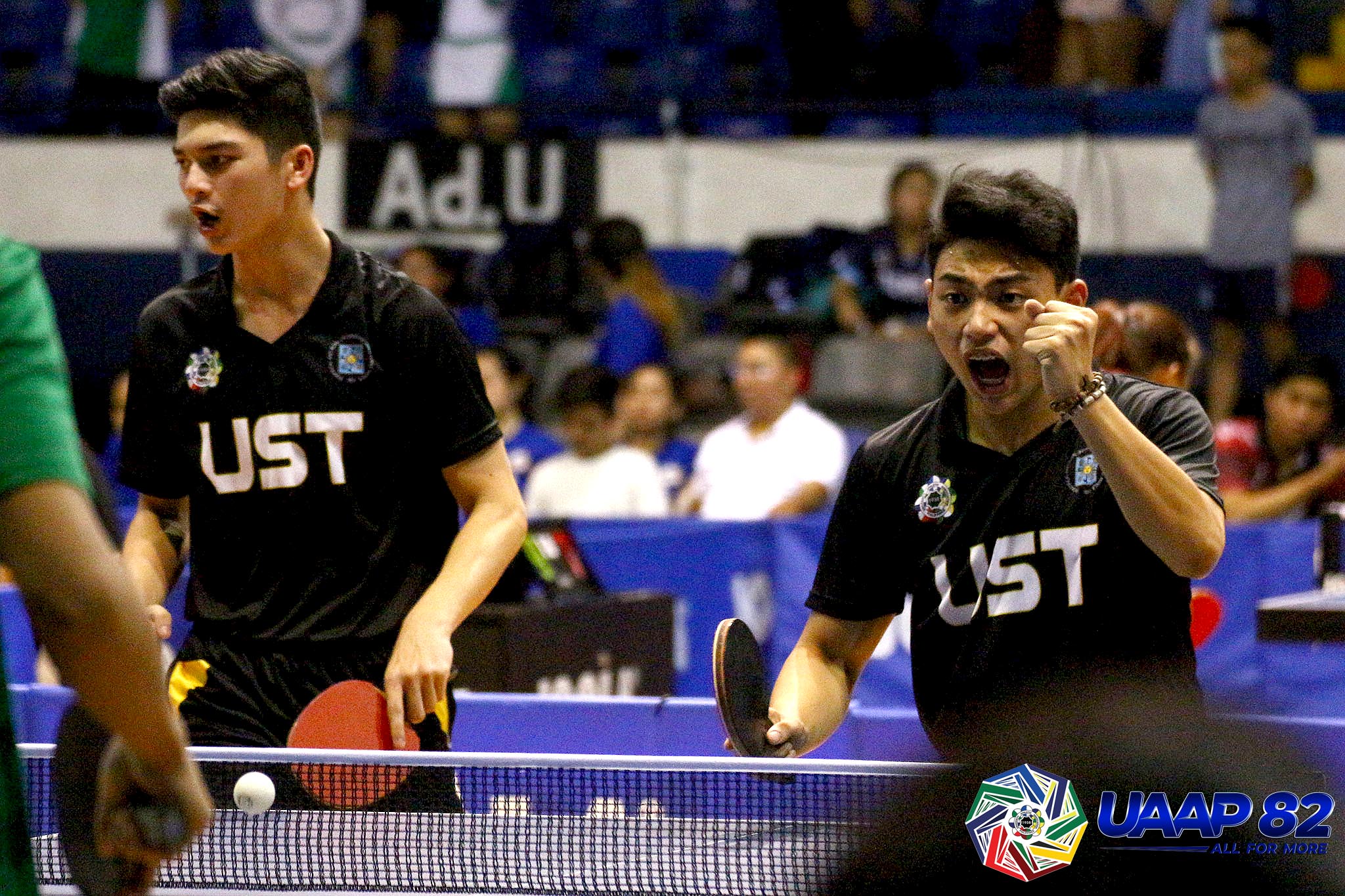 University of Santo Tomas jumped straight to the Finals of the UAAP Season 82 Men’s Table Tennis Tournament after completing a 14-0 elimination sweep,...