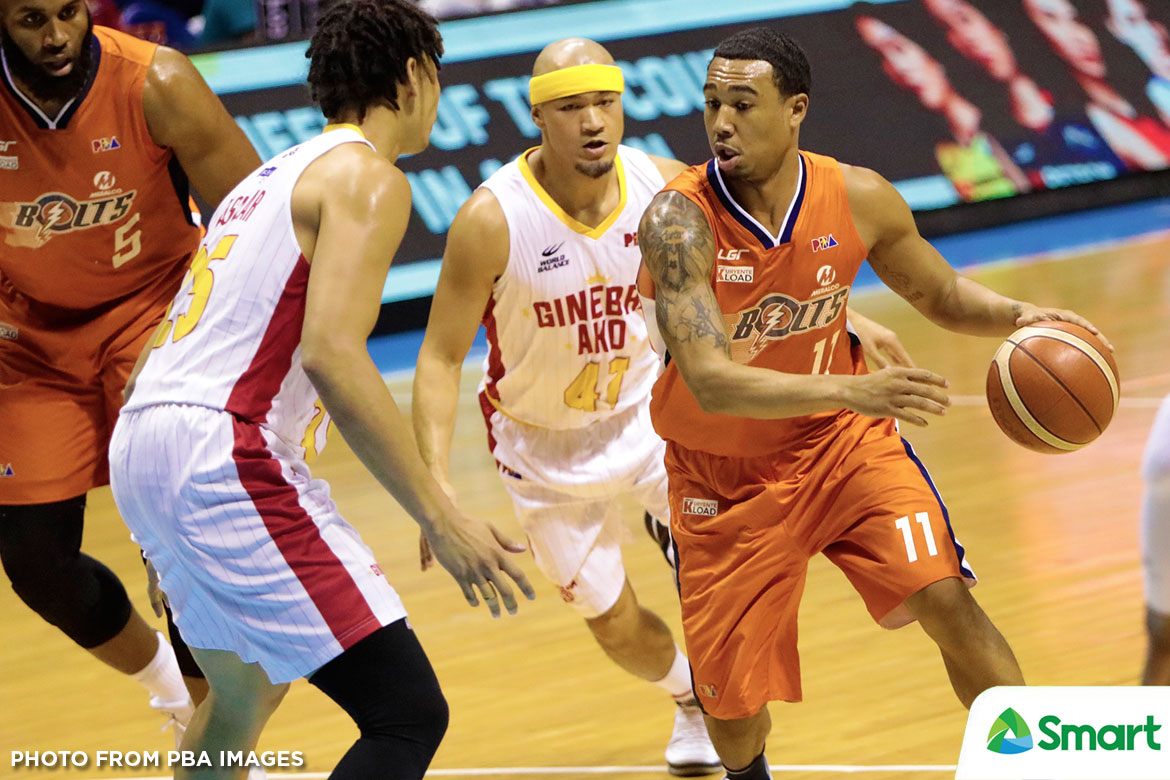 It’s probably safe to assume that the Meralco Bolts have been playing far from the form they have shown in the last two editions of the Governors’ Cup, where they went to the championship round on both occasions.

On Sunday night at a packed Santa Rosa Multi-Purpose Complex in Laguna, the Bolts lost their fifth straight game in the season-ending conference, bowing to their tormentors Barangay Ginebra San Miguel, 105-111.

The Bolts actually led by eight in the third quarter, until Justin Brownlee and the Gin Kings turned the jets on and made 15 straight points abridging the third and fourth quarters for a seven-point lead that they would never blow.

“There were tough shots, and with a team shooting like that that, it’s hard to beat them if you’re not leading at that point.”

Looking at the numbers, Ginebra only had a slight advantage over Meralco in departments such as assists (29-24), rebounds (49-47) and even field goal shooting – they shot 46.5 percent, while the Orangemen shot 46.6 percent.

“That’s pretty even at that point,” said Newsome. “Rebounds, pretty even, assists pretty even … You gotta give credit where credit is due.”

The loss is tougher to fathom because it sent Meralco’s card to 1-5, which means that their playoff aspirations are bleak unless they sweep their five remaining games in the next weeks.

But even if dark clouds float above their heads, Newsome said that they are still doing their best to look at the brighter days ahead.

“It seems such a hard hill to climb now but you know in our locker room, everybody’s positive, trying to keep their heads up. Of course, we’re looking forward to brighter days,” said the Ateneo de Manila product.

“Right now it’s not the first time we’re down like this. Of course our All-Filipino campaign is like this too so we’re just trying to figure it out, We currently don’t have time to harp on it now so let this one go.”