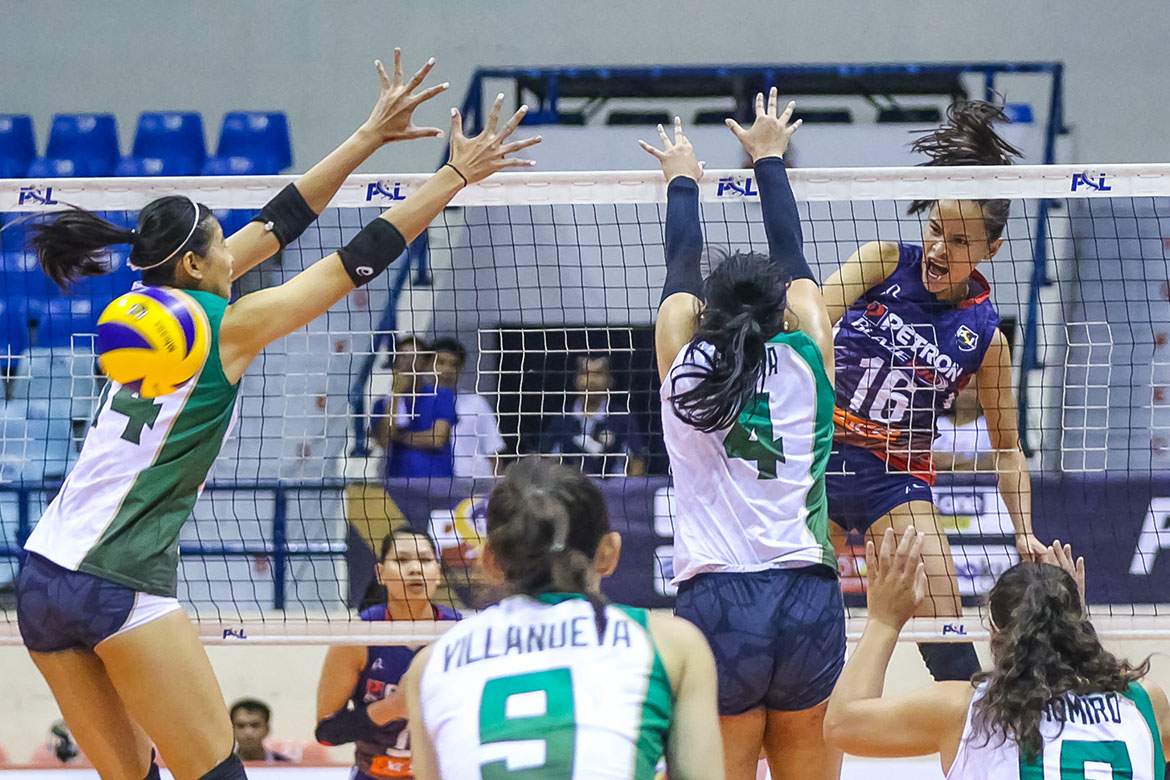 Riding the crest of a seven-game winning surge, the Petron Blaze Spikers made swift work of the Sta. Lucia Lady Realtors, 25-13, 25-10, 25-13, in the 2019 PSL All-Filipino Conference at the Ynares Sports Center in Antipolo, Tuesday.

Rondina was the sole double-digit scorer for the Blaze Spikers. She tallied a game-high 22 points built on 18 attacks and three blocks on top of seven excellent digs, to help keep Petron at solo second spot with a 10-1 card.

The Blaze Spikers looked every inch the defending champions they are. They fired all cylinders right from the get-go, and mounted a commanding lead in each of the three sets.

Petron skipper Ces Molina supplied seven markers, all but one coming from attacks, while Rem Palma had six points spiked by two aces. Mika Reyes did not play due to a stomach illness.

Pitted against a potential opponent in the quarterfinals, Delos Santos said that the rousing win over the Lady Realtors is a good preparation come the crucial stages of the tourney. Still, he emphasized that they should not look too far ahead just yet.

The Lady Realtors had no player in double-digit threshold. They fall to 2-11.

Rachel Austero and Amanda Villanueva had seven points each to top for Sta. Lucia. The former had four attacks and three blocks, while the latter had six attacks to go along with 10 excellent receptions.

MJ Phillips had to go back to the States because of a family emergency.

Petron look to sustain momentum when they face the Marinerang Pilipina Lady Skippers on Tuesday at the Muntinlupa Sports Center. On Thursday, Sta. Lucia will try to bounce back from the loss when they square off against Generika-Ayala at the FilOil Arena.

Bambol Tolentino calls for unity ahead of SEA Games