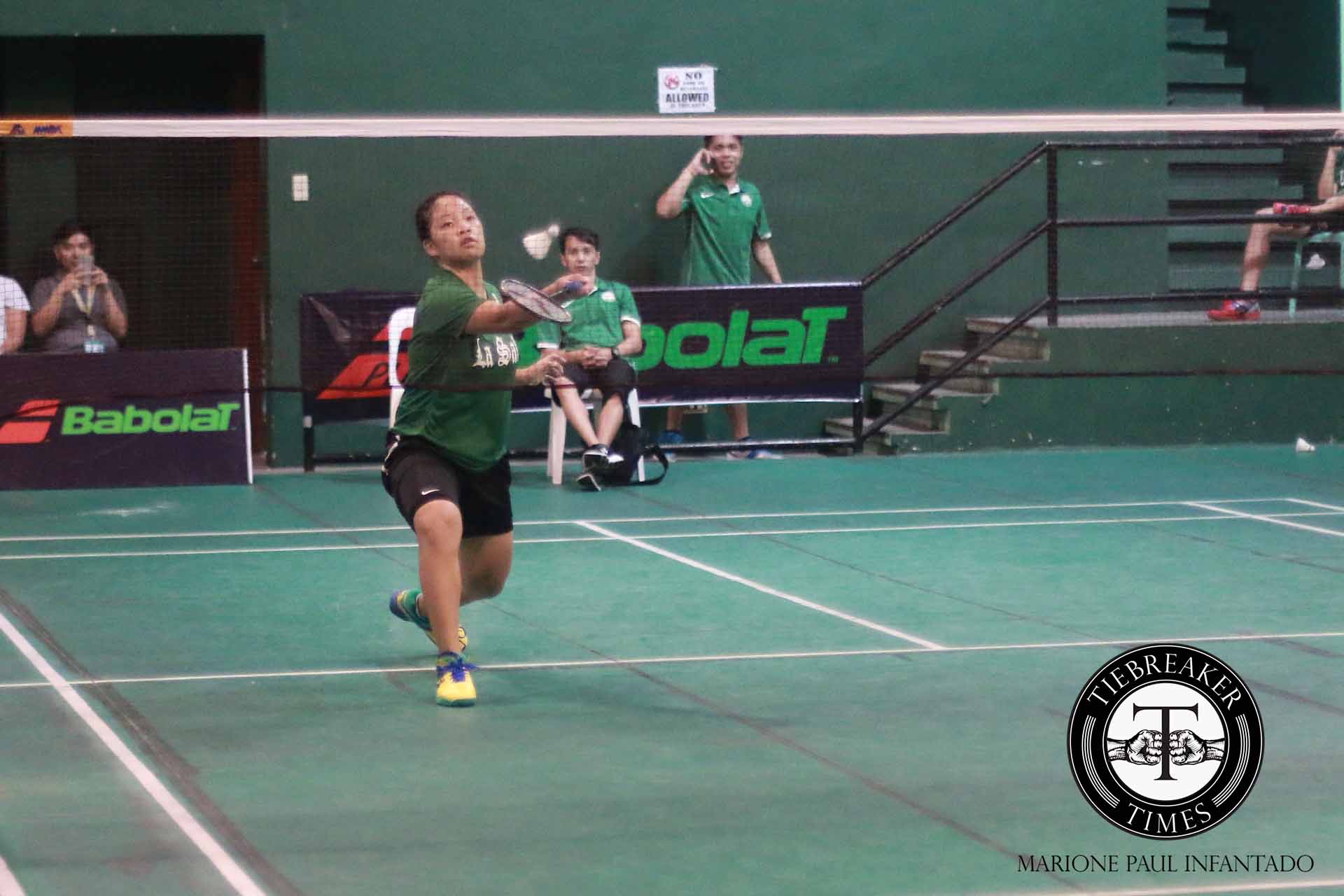 After their bounce-back win against UST, the Taft-based squad got their confidence back, getting the second spot of the standings with a 4-1 win-loss record.

Setting the win into motion, Isay Leonardo of La Salle did not let Ateneo’s Samantha Ramos form well inside the court, 21-19, 21-7. The fourth-year La Sallian and her second-year opponent battle neck-and-neck in the first game, before the former stamped her class in the second game.

La Salle might have gotten the first win, but it failed to provoke Arianne Rivera to follow the Leonardo’s win after succumbing to Ateneo’s two-time MVP, Bianca Carlos, 13-21, 18-21.

The veteran duo, Kristelle Salatan and Aires Montilla turned the cards upside down and got the first doubles match against Geva De Vera and Trixie Malibiran, 21-14, 21-18. The long-time duo showed their experience over the Ateneans. Malibiran and De Vera tried to inch closer, but the Lady Green Shuttlers ended it when it counted.

However, Isay Leonardo and Iya Sevilla collapsed inside the court after the duo of Bianca Carlos and Chanelle Lunod loaded them with quick counterattacks, 12-21, 21-19, 17-21. It was a close fight until the Loyola-based ladies converted their aggressiveness into successful drops and smashes.

The result was on the hands of the third singles match, and despite of the jitters, Iyah Sevilla overcame Jana De Vera and put that much awaited cherry on top, 21-12, 22-20.

READ  Kent Salado makes it up to Arellano

The sophomore from Taft had her way in the opening game cruising past the returning Ateneo stalwart. The former Rookie of the Year then sprang to life in the following game and threatened to force a deciding frame after leading at 20-18. Sevilla then composed herself and successfully mounted a comeback and sealed the win with a forced error on De Vera.

On September 28, Wednesday at 1pm, the Ateneo Lady Shuttlers will go face-to-face against Adamson, while the second seed, DLSU will go up against the winless UE.