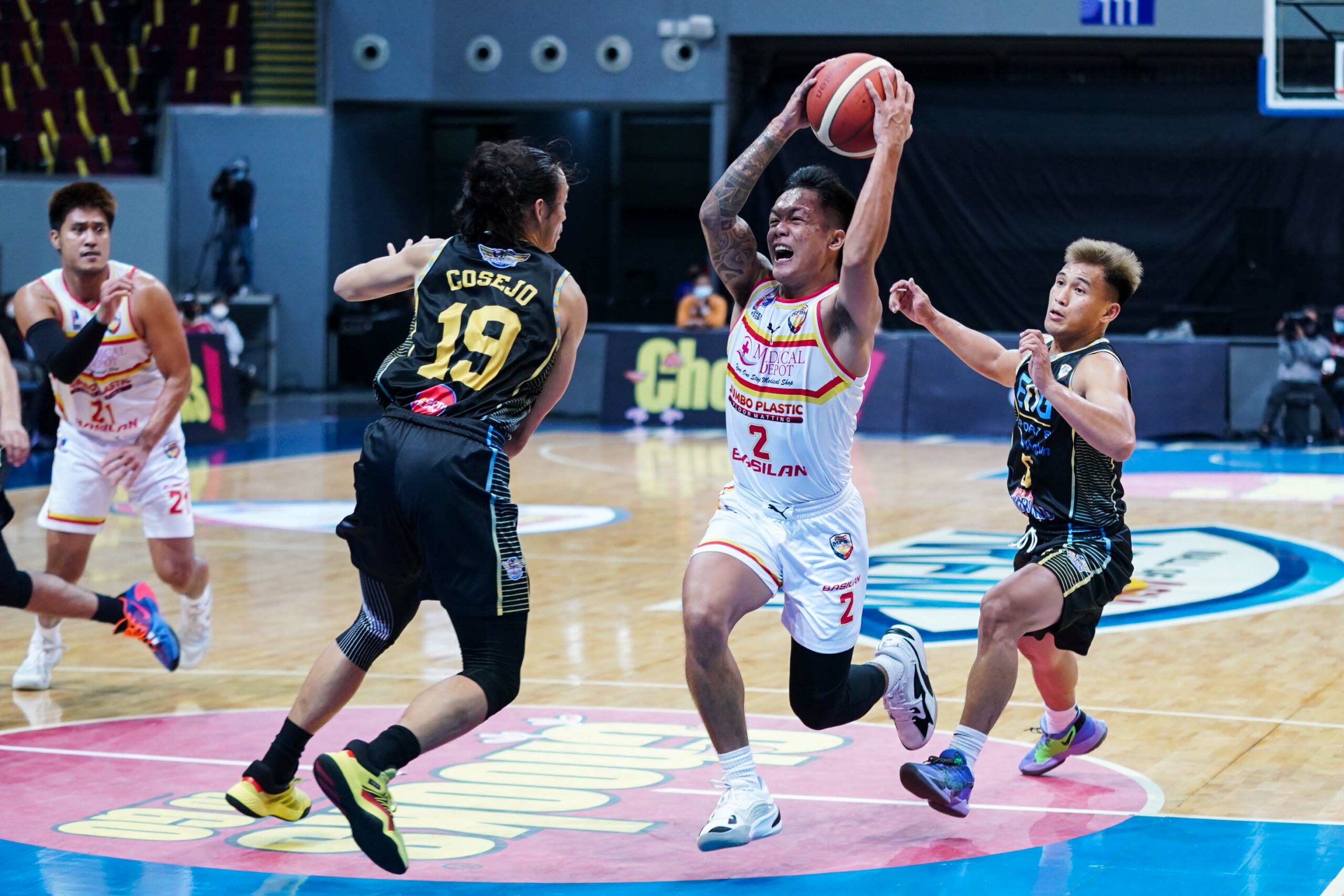 With the Tamaraws knocking to within five, Philip Manalang drained a booming triple to put an eight-point, 77-69 cushion for Basilan with 1:17 remaining in the game.

Mindoro tried to come back with Allen Liwag splitting his charities on the other end and Jeymark Mallari scoring a putback to slice the lead to five.

However, it was not enough as Basilan ran away with the win.

“Yung defense talaga namin, we made it very hard for them to score on halfcourt sets talagang pinagaralan namin kagabi and then kanina before the game nag viewing pa kami to show the players how they run,” said Basilan head coach Jerson Cabiltes.

Encho Serrano continued his fine play for Basilan with 22 points on top of four rebounds and two assists.

Jay Collado added 13 points while Michael Juico had 12 points on a combined 9-of-29 shooting clip. The latter also had nine rebounds and three assists in the contest.

On the other hand, Nat Cosejo paced the Tamaraws with 22 points and 11 rebounds while Jeramer Cabanag added 16 points on 6-of-23 shooting.

Ronnie Matias, who was thrown out of the game after a hard foul on Serrano in the second quarter, only had two markers and two boards.

Still, it was a good run for the Tamaraws as it entered the quarters with a 4-1 record in Pool D. They needed a loss by Manila to Bulacan last Monday which happened with a score of 98-89.

Basilan will go up against Pasig-Sta. Lucia in the semis tomorrow at 7:30 PM.