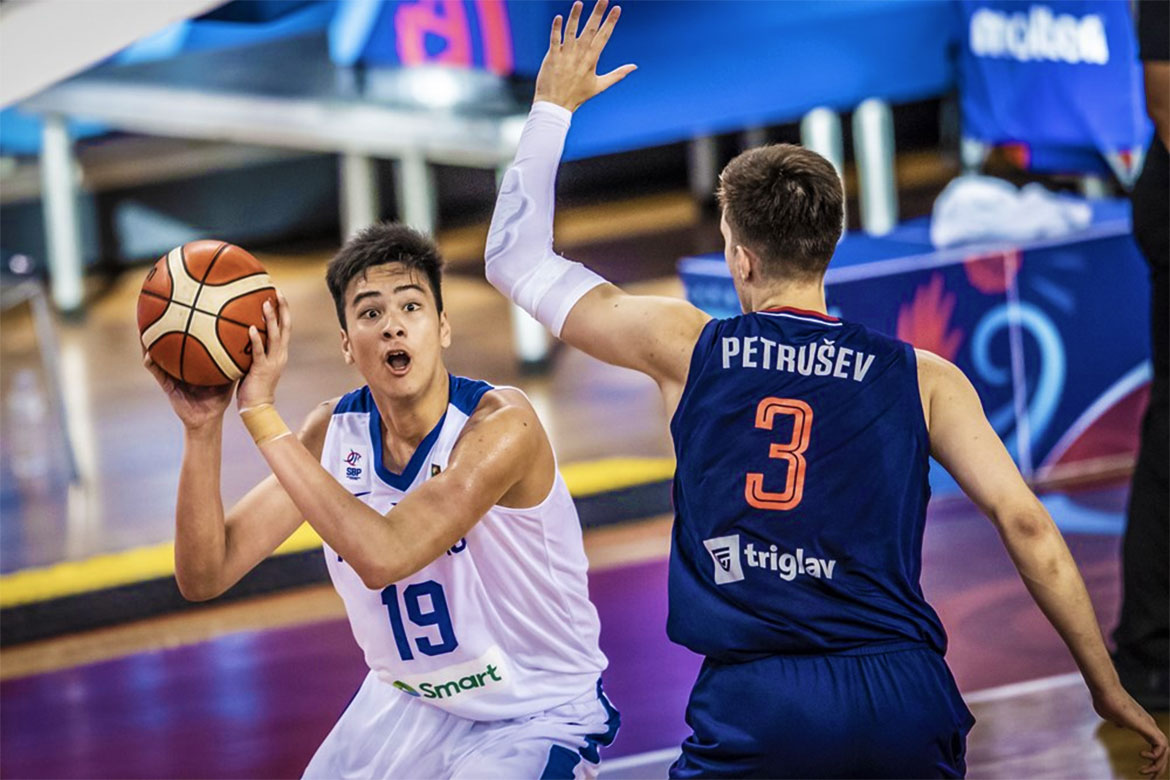 Gilas Pilipinas Youth could not overcome the highly-touted Serbian youth basketball squad, ending up on the receiving a 60-87 beatdown, late Thursday evening (Manila time) at the Heraklion Arena in Greece.

This loss in the Round of 16 of the 2019 FIBA Under-19 World Cup ended the Philippines’ hopes of winning the tournament.

After a competitive first quarter that saw four lead changes, the Serbian pushed the pedal, turning a 22-18 lead into a 20-point cushion after going on a 17-1 run.

Filip Petrusev instigated the rally, scoring 11 of his 17 points during that stanza.

It did not help that the trio of Kai Sotto, Geo Chiu, and Carl Tamayo were saddled by fouls all game long.

Serbia would cruise in the second half, leading by as much as 29 points late in the game.

Dave Ildefonso was the top scorer for the Philippines with 18 points on 7-of-12 shooting but was forced to commit a game-high seven turnovers.

Sotto 13 points and eight rebounds but only had one block in the game after swatting 15 shots in the group stages.

Serbia was methodical on offense, assisting on all but three of its field goal makes. Moreover, they dominated the boards, 49-26, that led to 24 fastbreak points and 12 second chance buckets.

Besides Petrusev, Marko Pecarski had 21 points on 8-of-8 free throw shooting while Dalibor Ilic added 13 points for Serbia.

The young Filipinos will next face Australia, who lost to Lithuania 74-91, on Friday at 9:30 pm in the Classification Stage of the global meet.