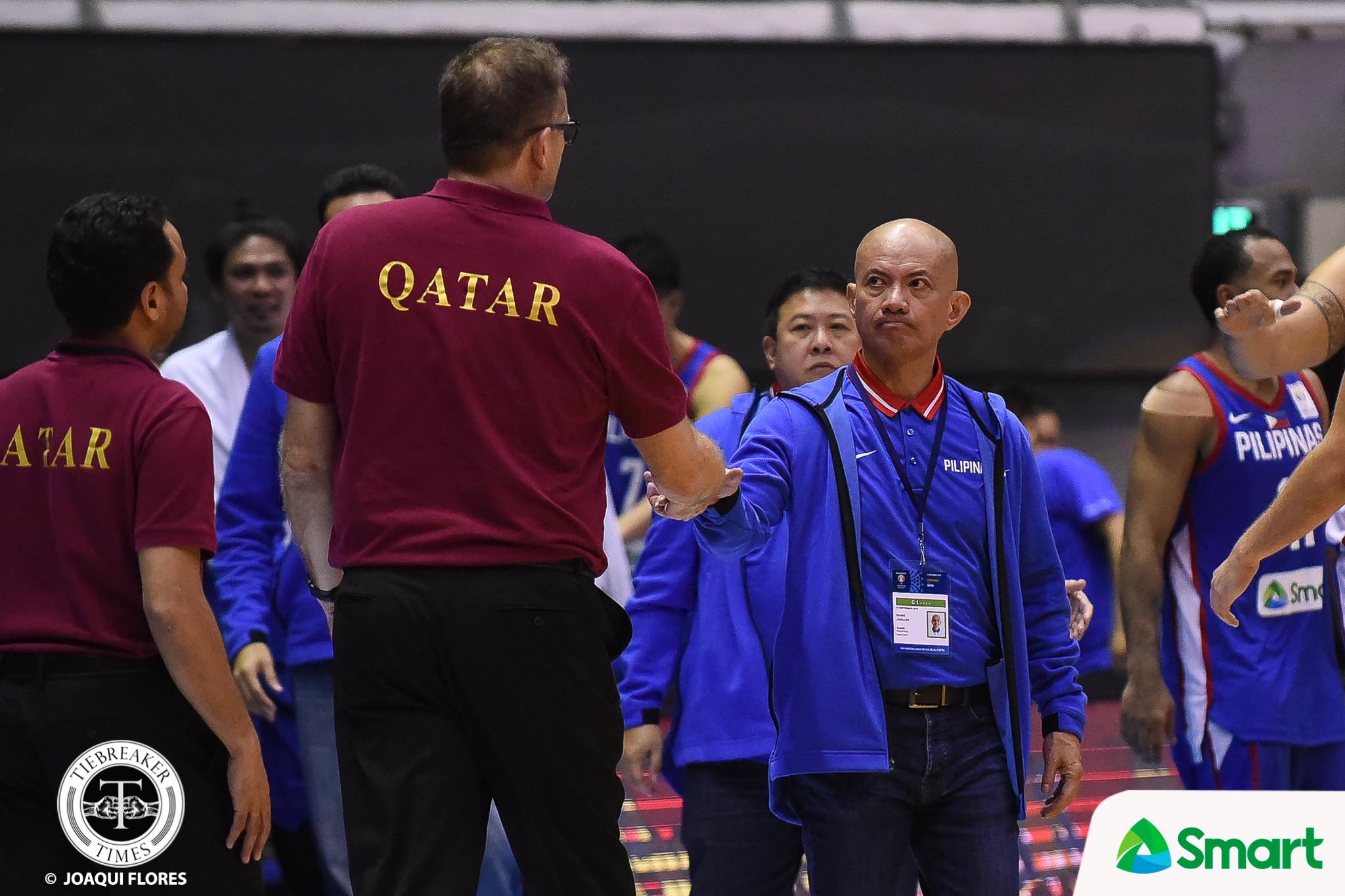 It has been a long month for Gilas Pilipinas head coach Yeng Guiao.

Last August, Guiao was tasked to steer the Philippine Men’s National Basketball Team in the 2018 Asian Games in Jakarta.

But after the gallant stand put up by the team, Samahang Basketbol ng Pilipinas chairman emeritus Manny V. Pangilinan made a bold declaration.

“I must say that coach Yeng was a revelation,” he said.

A few months later, Chot Reyes – who was serving a one-game suspension in FIBA-sanctioned competitions – stepped down as Gilas’ head coach to pave the way for Guiao to take over.

Though there has yet to be a formal contract sent by the SBP to Guiao, the affable mentor has made it known that he will take the post.

“Siguro, I’ll just wait for the formal announcement of SBP, if they would want me to continue coaching,” disclosed Guiao as Gilas ended its fourth window campaign in the 2019 FIBA World Cup Asian Qualifiers with a 1-1 slate to keep solo third in Group F.

Though making no promises, Guiao said that if he takes the job, he will have one mindset: Enter the World Cup or bust.

What changed Guiao’s stance regarding coaching Gilas was seeing the team sacrifice for the country. Seeing players like Beau Belga and Marcio Lassiter bleed, Paul Lee and JP Erram play hurt, and guys like Paul Lee leave their families made him realize that this was more than just a team – Gilas is a family.