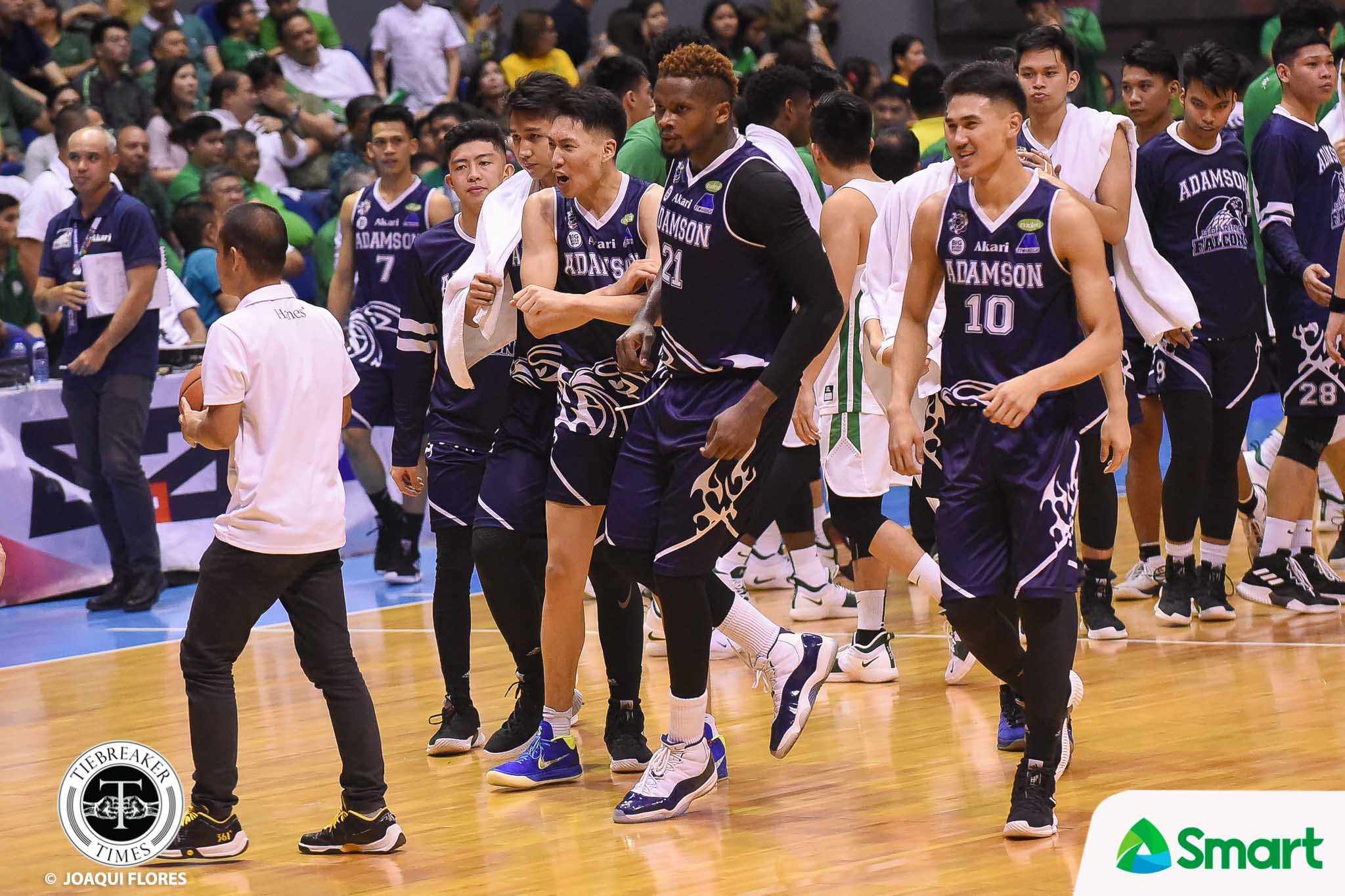 For two years, Sean Manganti has badly wanted to defeat the De La Salle University Green Archers. And not just because he wanted to win one for ex-Green Archers head coach and now-Adamson Soaring Falcons mentor Franz Pumaren.

“I was actually in high school in the States. I came here in my eleventh grade, I practiced with them and they didn’t talk to me, they treated me like nobody, nothing happened.

“I just went home, finished high school, and then found a home in Adamson,” recalled Manganti.

Back then, one of Manganti’s uncles – who used to play for the Green Archers in the 70’s – told him to try out for La Salle. With nothing happening at the time, the 6-foot-5 decided to finish high school in Chaparral before playing for two years in Temecula.

Manganti eventually found a home in Adamson University. But for seven games, however, he could not get a win over La Salle.

That elusive win finally came on October 20, as Adamson held off La Salle, 57-50. Manganti was the driving force in the win, tallying 19 points, 12 rebounds, four assists, and two steals.

And it was an all-important game for him, as this might be the last time he will face the Green Archers in his collegiate career.

“This is the one, this is the biggest game for me personally, I’m so happy right now, I’m on top of the word.”

For Pumaren, who also got his first win over the school he gave five championships to, Manganti’s development is a testament to the program they are running.

READ  Bo Perasol on Bright Akhuetie leading MVP race: ‘He won’t be happy if we’re not going to F4’

“Sean played pretty well. They rejected Sean and we got him,” shared Pumaren.

“That shows that our program knows how to develop players.”