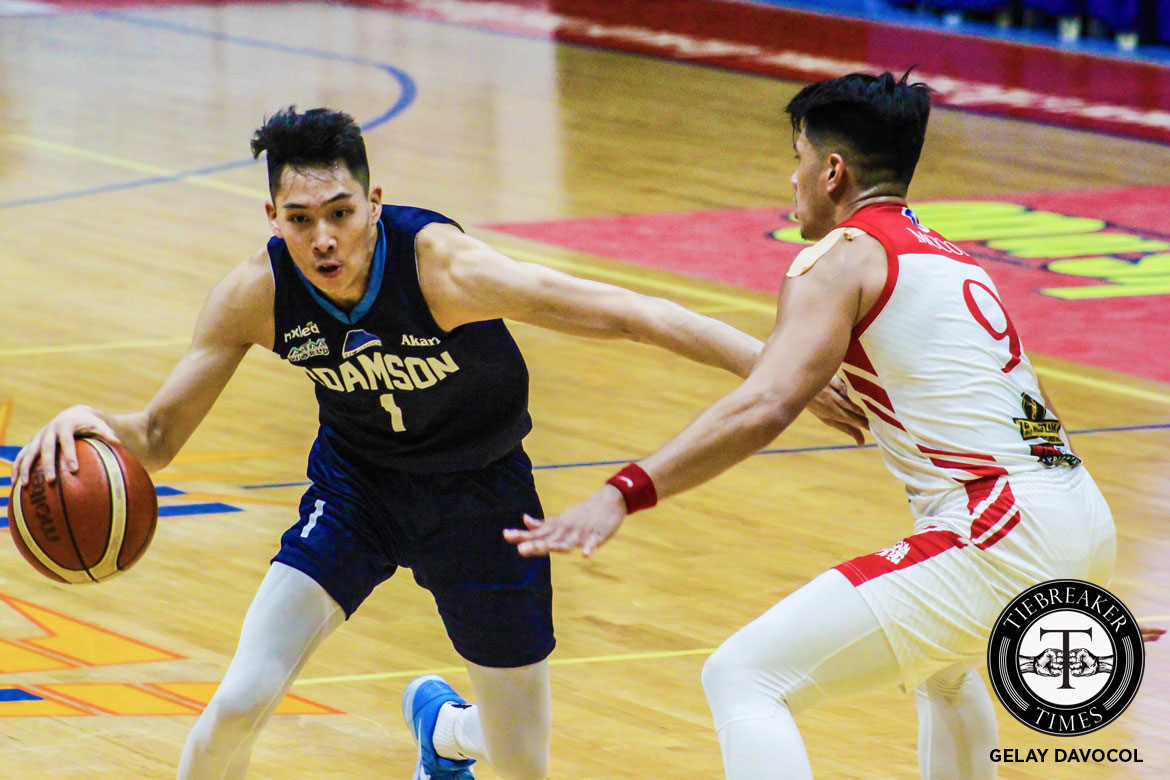 Despite the season ending loss that the Adamson University Soaring Falcons absorbed against San Beda University Red Lions, Sean Manganti made sure that everyone will remember his name.

Down by nine points against the defending NCAA champions in the final frame, Manganti then went on a scoring tear.

“I saw the score, I saw the time. This was my last Filoil tournament so I just want to make my mark,” the third-year Soaring Falcon shared.

“The coaches was just telling me that to keep my head clear and just do what I do everyday.”

Manganti almost single-handedly hijacked the contest. After knocking down a triple with four-and-a-half minutes left, the 6-foot-5 stretch big man gained the hot hand, knocking down four more to cut the lead to just a solitary point with 2.5 seconds left.

However, time was not on the side of Manganti and the Soaring Falcons as Joe Presbitero muffed his second free throw with 1.6 ticks remaining to wind down the clock.

Still, with that kind of outing, Manganti shared that he will use this as fuel during the off-season.

“It motivates me,” the California-born student-athlete declared. “I’m going hard, every day, every game.

“Individually, I wanna prove that I’m one of the best small forwards in college basketball.”