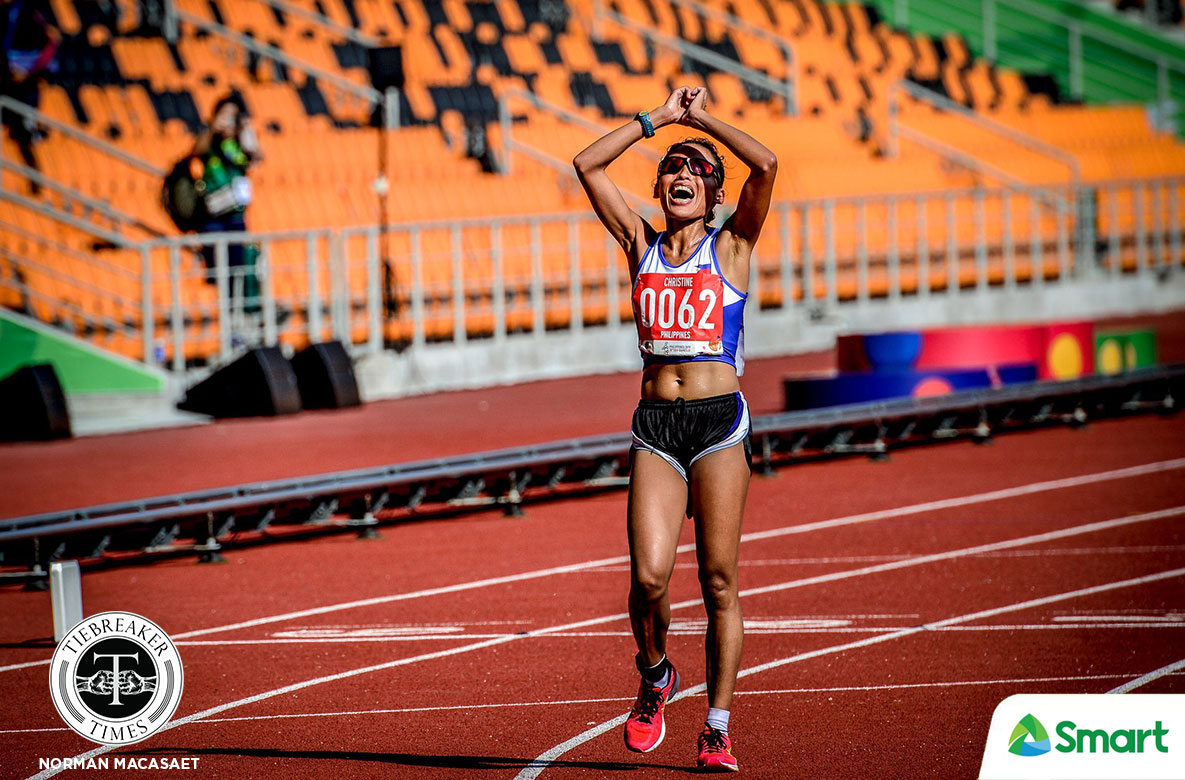 When Christine Hallasgo crossed the finish line of the rigorous 42-kilometer marathon of the 30th Southeast Asian Games at the NCC Athletics Stadium, she dropped to her knees. And it was not because of sheer exhaustion.

Finally, after months of being away from her hometown of Bukidnon, the 27-year-old athlete could finally return home.

For the past five months, Hallasgo, together with the entire national team, went from Pangasinan to Tarlac to train for the biennial meet.

It was the first time she had spent that long of a time away from her husband Wilmer and three-year-old daughter Tricia Mae. 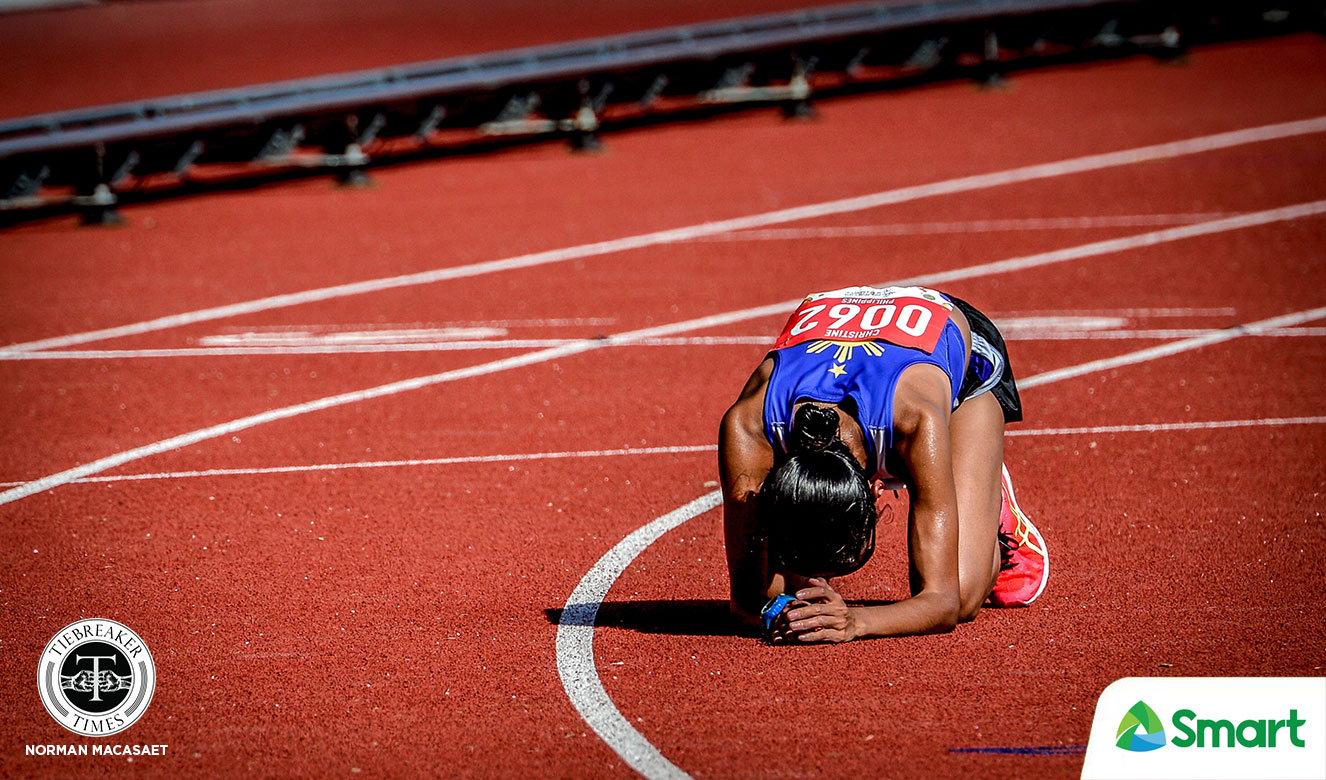 Still, her faith kept her sane all throughout. Every night, Hallasgo would pray for the safety of her family.

And even during the race itself, she prayed as hard as ever — that she would be healthy enough to finish what she had been working for.

After two hours, 56 minutes, and 56 seconds, Hallasgo finished the race. Despite seeing her competitors break down along the way, she persevered.

Not only that, she won gold in her first-ever Games — her “pasalubong” for Trisha Mae. The queen finally gets to go back home.