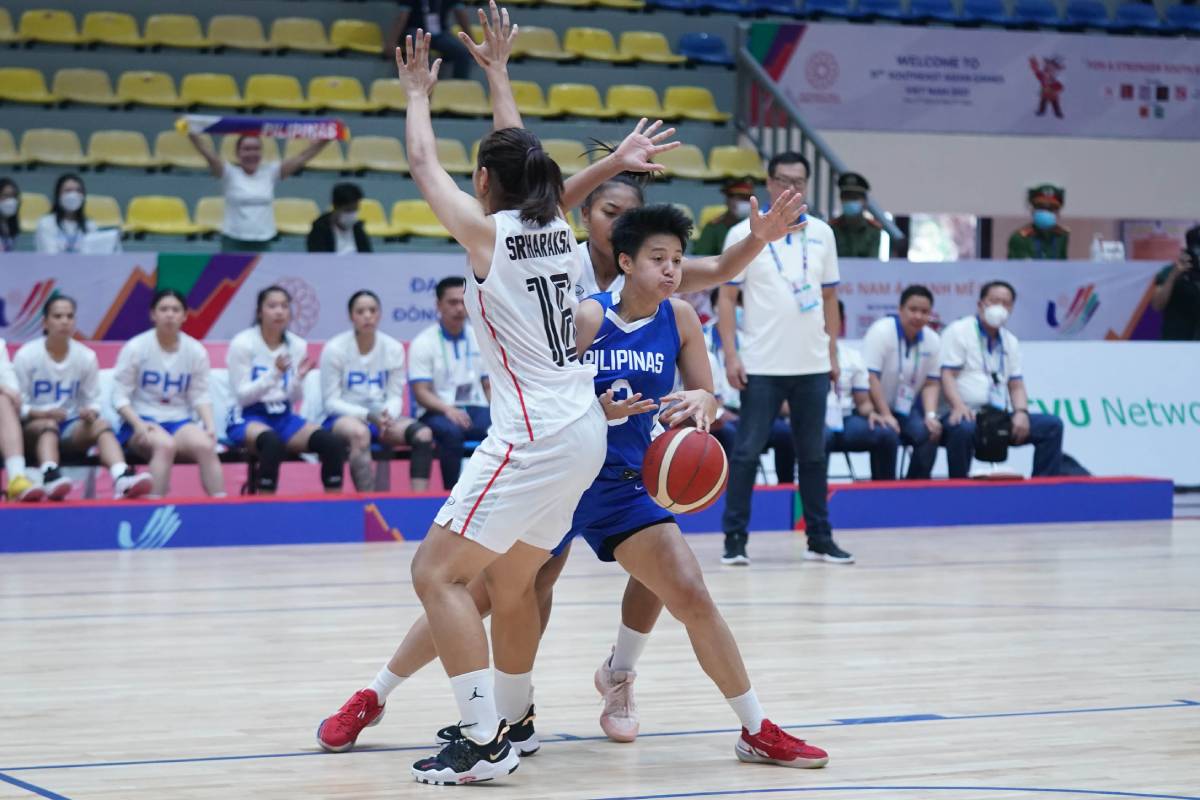 Afril Bernardino starred as Gilas Women handed Thailand a 97-81 beatdown for its second win in as many games in the 31st Southeast Asian Games basketball competitions, Wednesday at the Thanh Tri Gymnasium in Hanoi, Vietnam.

The 26-year-old finished with a double-double of 20 points and 16 rebounds, together with three steals and three blocks in yet another all-around outing to help the reigning titlists remain atop the standings of the round-robin tilt.

She already had 12 markers and nine boards in the first half alone, when the Philippines turned the game around for good in the second period.

As the Thais came within just two, Stefanie Berberabe hit a three-pointer to spark a 12-2 run for a 39-27 advantage with 4:46 remaining.

Bernardino and fellow veteran Janine Pontejos then came through to keep the opposition in the rearview. Contributions from Andrea Tongco and Clare Castro gave Gilas a 57-40 advantage heading into the halftime break.

The game would never be in question from then on as the Filipinas kept their foot on the gas pedal all the way to the end. A Bernardino bucket gave the Nationals an 88-63 lead with 5:42 left to play, the game’s biggest.

Berberabe finished with 10 points, five rebounds, three assists, and two steals. Trina Guytingco had 10 markers as well, as all but one scored in the win.

Thunchanok Lumdabpang, meanwhile, had 14 points and five rebounds to lead Thailand, the silver medalists of the 2019 meet.

Yada Srihaksa and Thidaporn Maihom added 13 markers apiece as a total of five players scored in double figures in the defeat, their second in a row.