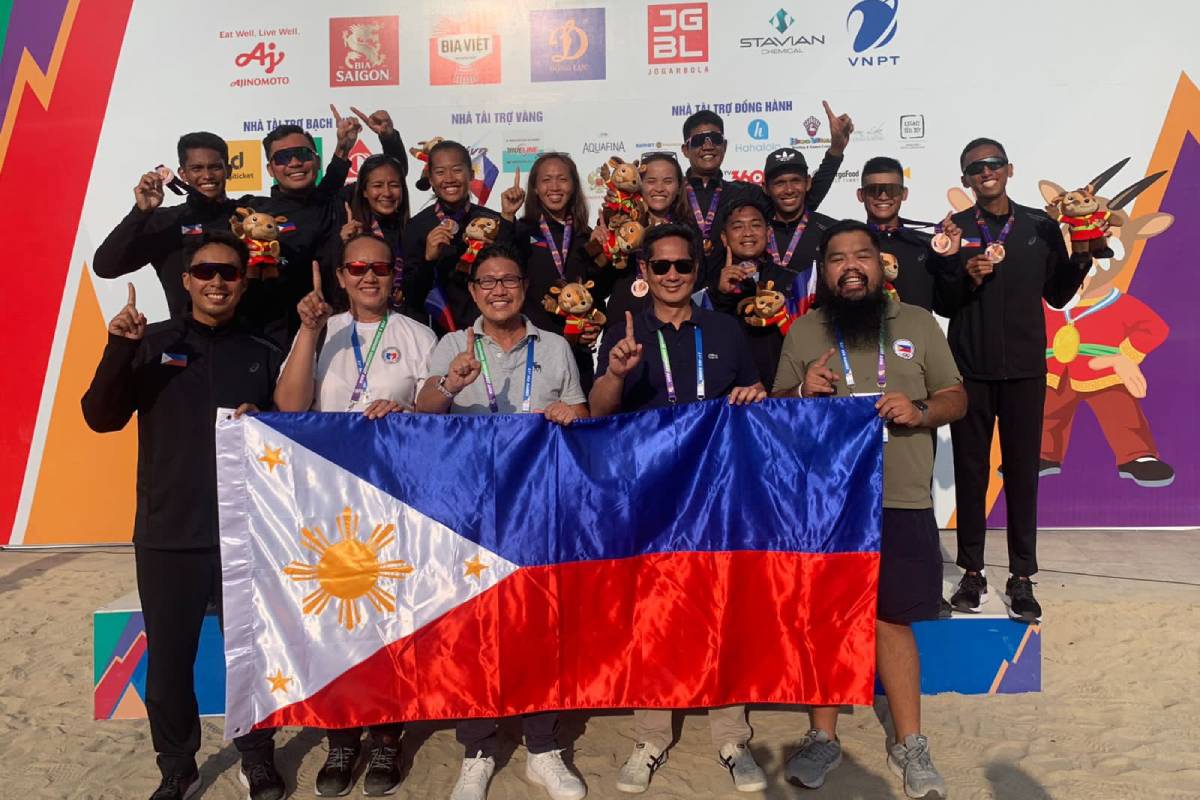 The Philippine beach volleyball teams brought down their counterparts from host Vietnam to clinch bronze medals in the 31st Southeast Asian Games on Friday at the Tuan Chau Beach in Quang Ninh, Hanoi, Vietnam.

The Filipinas swept Vietnam, 2-0, right after their male counterparts beat the hosts, 2-1, thus retaining the same color of medal they won in 2019 in Subic.

Jovelyn Gonzaga and Dij Rodriguez scored a 21-17, 21-16 win over Truong Duong My Huyen and Nguyen Thi Thanh Tram. The two powered the Philippines to its second straight bronze.

Sisi Rondina and Bernadeth Pons provided the Filipinas’ other win. They rebounded from an opening set loss and turned back Vu Ngoc Lan Nguyen and Nguyen Le Thi Tuong Vy, 20-22, 21-18, 15-12.

The Philippines has reached the beach volleyball podium for the third time since 2005. Rondina, Pons, and Rodriguez were also bronze medalists in 2019, with Gonzaga, a sand court veteran, taking home a medal.

The Filipinos reached the podium for the second straight edition with Jude Garcia and Jaron Requinton part of the 2019 squad that also secured the bronze medal.

Garcia and Requinton defeated Nguyen Lam Toi and Trang Quang Vu, 21-15, 21-19 in the golden match to give the Philippines the victory.

The Vietnamese were able to level after Ranran Abdilla and Requinton bowed to Nguyen Lam Toi and Trang Quang Vu, 19-21, 18-21.

Despite the loss, Abdilla still has something to celebrate with a medal. The Tawi-Tawi native was also part of the men’s volleyball team that won the historic silver in 2019.

Thailand ruled the women’s side, while Indonesia won the men’s gold.