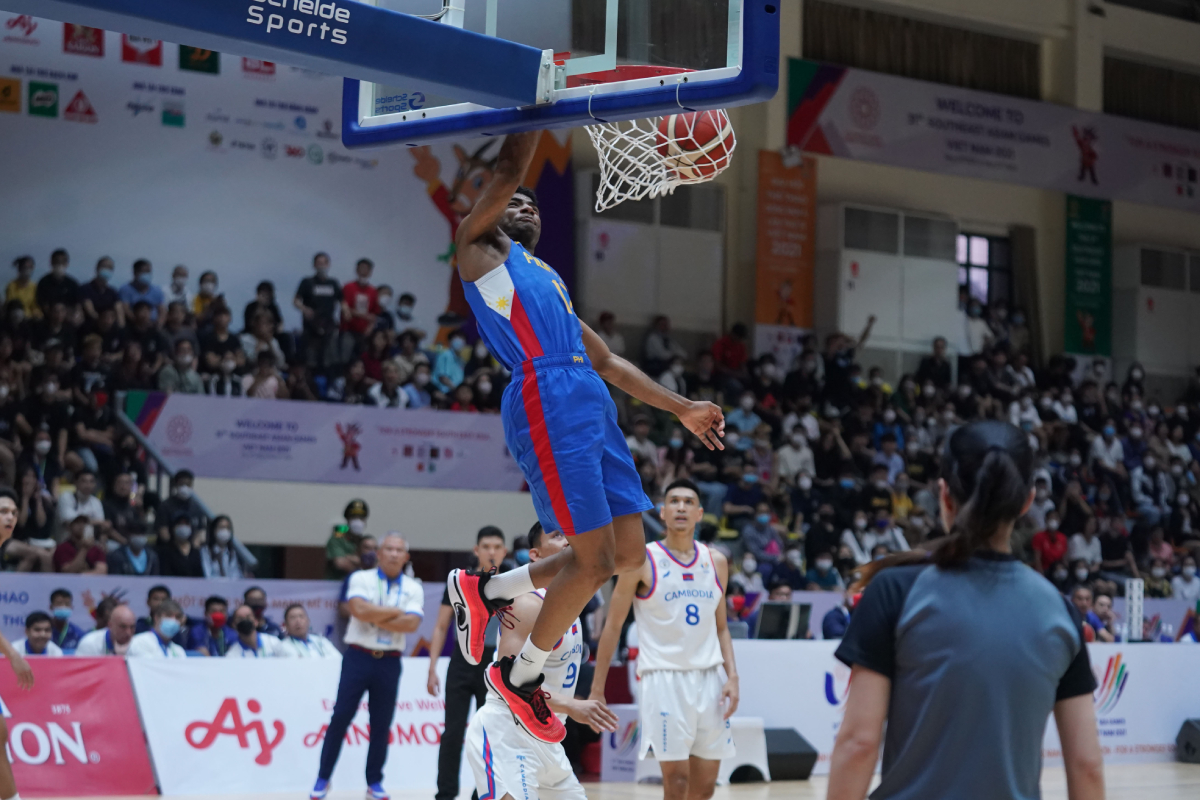 Lebron Lopez had himself a birthday to remember as he starred in Gilas Pilipinas’ 100-32 mauling of Cambodia in the 31st Southeast Asian Games men’s basketball wars, Tuesday at the Thanh Tri Gymnasium in Hanoi, Vietnam.

The athletic 6-foot-5 winger put on a show as he turned 19, registering 17 points on an 8-of-11 clip from the field, five rebounds, and two blocks as he helped his side stamp its class on the opposition towards their second win in a row.

He was brought in approaching the midway mark of the opening quarter and wasted no time flexing his wares, chipping in four points in the Filipino dribblers’ vicious 17-0 blitz to end the period owning a 32-9 advantage.

Lopez didn’t stop there. He delivered one of his many highlights of the match: a two-handed jam off a drive to make it 34-11 with 8:54 to go in the second.

The former Ateneo Blue Eaglet finished with four dunks in a performance that saw him register a plus-minus rating of 23, indeed making the most of the chance after not being utilized in their close win against Thailand Monday.

It wasn’t just Lopez who shone bright, as the other young guns provided significant contributions in the dominant victory as well.

Will Navarro supplied 16 points on 70-percent shooting from the field, alongside seven rebounds. The lanky wing was the one who put Gilas in the century mark following a clean-up of Kib Montalbo’s missed trey with 1:23 left.

#ReadMore  Lebron Lopez on remaining in Ateneo High: 'I want to get my diploma'

Another Gilas PBA draftee Isaac Go made his presence felt as well. The 6-foot-8 forward submitted 13 points and 12 rebounds.

Senior Matthew Wright chimed in 10 markers in the win as all 12 players once again scored at least two points in the triumph.

June Mar Fajardo was far from the one who had 28 and 12 against Thailand as he only had five points and four rebounds, but provided one of the game’s notable plays as he hit a rare three-pointer in the third canto.

Gilas will shoot to extend their win streak to three against Singapore on Wednesday, May 18, at 4:00 p.m. (Manila time).

Meanwhile, none from Cambodia finished in double figures in the defeat, with Michael Henry Seng its top scorer with eight points.