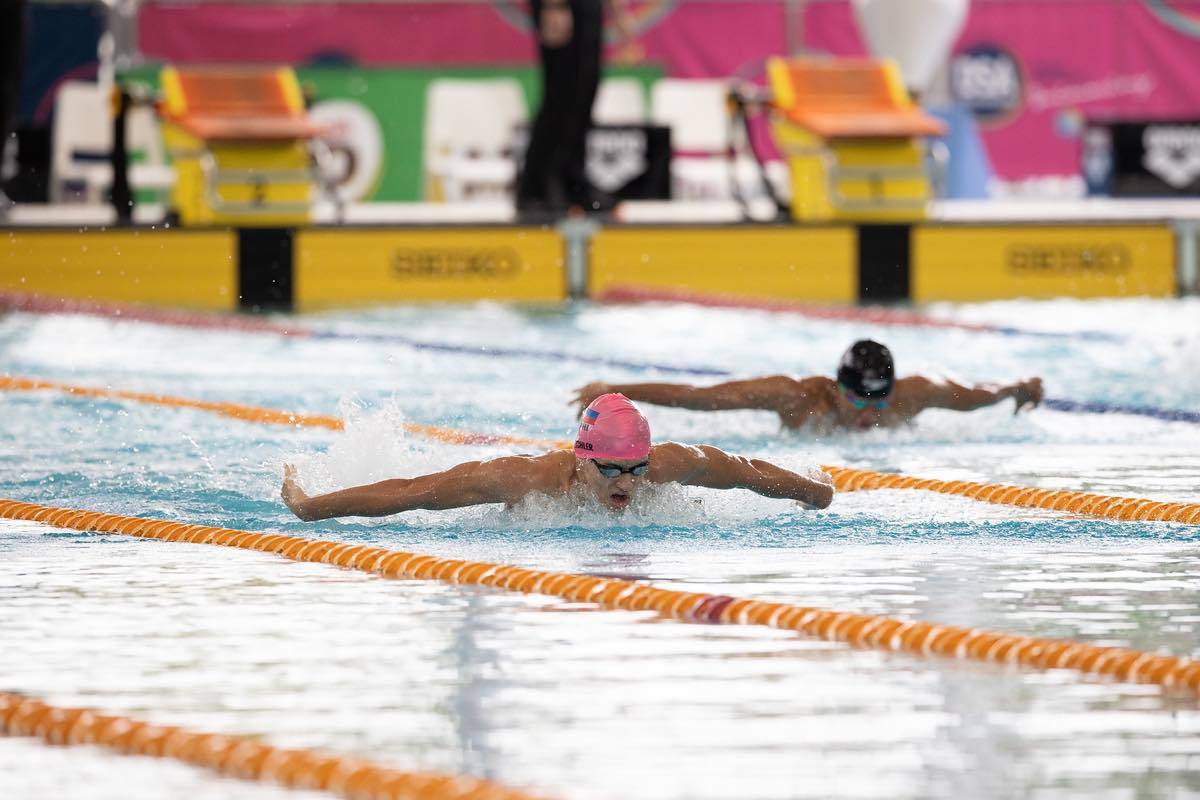 Almost single-handedly carrying the fight for the Philippines at the final day of the 44th Southeast Asian Age Group Swimming Championships was Alexander Eichler as he collected his third gold medal in the boys’ 14-15 200-meter butterfly on Monday.

Eichler once again displayed his unwavering grit as he bested every swimmer in his age group in the butterfly events. In the 200-meter butterfly, he encountered no challenge enroute to a win by a large margin, registering a time of 2:07.04. Eichler, thus, collected his third gold medal at the SEA AGE. Ngoc Minh Hoang Tan of Vietnam finished second in 2:09.37, while Thailand’s Wongsakorn Patsamarn finished third in 2:09.47.

Nevertheless, the young Philippine squad still exited the competition with their heads held high after gathering 1 gold, 2 silvers, and 4 bronze medals on the final day to bring their total medal haul to 24.

Ava Bautista gave her own outstanding performance when she registered a new personal best time of 2:23.85 and took the silver medal in the girls’ 14-15 200-meter butterfly.

Vietnam’s Nguyen Pham won the gold title with her time of 2:21.30, overtaking Bautista only at the final lap, as Chatpitcha Rattanarom of Thailand rounded out the podium at 2:24.92. This is Bautista’s third individual medal to go with the two bronze medals she won in the 50-meter and 100-meter butterfly in the previous days.

Jasmine Mojdeh also claimed another medal in the 16-18 age group, placing third after registering a time of 2:20.50. The powerhouse duo of Kamonchanok Kwanmuang and Jinjutha Pholjamjumrus of Thailand claimed the first two spots clocking 2:13.69 and 2:16.20, respectively.

Heather White also performed splendidly in the girls’ 14-15 100-meter freestyle by finishing third in 59.14 seconds, behind Thailand’s duo of Ploy Leelayana (58.31 seconds) and Mia Millar (58.88 seconds). After three days, White collected a total of one gold and two bronze medals.

Gian Santos also chipped in another medal, his fourth, as his new personal best time of 16:18.48 in the boys’ 16-18 1500-meter freestyle was good enough to earn him a bronze medal.

Likewise, 12-year-old Aishel Evangelista was awarded the bronze medal when he placed fourth in the boys 13 & under category of the same event. Due to an approved rule by the member federations, only two swimmers from the same country may win medals. Since the top three spots were occupied by swimmers from Thailand, the fourth placer would be awarded the bronze.

Athena Chang and Juliana Villanueva placed 5th and 6th in the girls’ 16-18 800-meter freestyle, with both of them getting personal bests as well.

Team Pilipinas gave a good effort during the 50-meter backstroke and 200-meter breaststroke events but fell short of landing at the podium.

Estifano Ramos placed fifth in the boys 16-18 50-meter backstroke while Quendy Fernandez finished sixth in the girls’ 16-18. Meanwhile, Jalil Taguinod and Ihiazel Dolliente both settled for sixth place finishes in the 16-18 200-meter breaststroke for boys and girls, respectively.

A dramatic turn of events was witnessed by everyone during the boys 18 & under 4×100-meter medley relay.

Having lost the silver medal to Malaysia in the previous relay, the boys’ squad of Ivo Enot, Jalil Taguinod, Jamesray Ajido, and Alexander Eichler were determined to give a better account of themselves and not let the opportunity to land a higher podium position slip away.

Finding themselves in familiar territory in fifth place for most of the race, members of the team still saw an opportunity open up with the second to fourth placers within striking distance from them.

At the final leg of the race swum by Eichler, the Philippines turned the tides against Malaysia, with the triple gold medalist completing a stupendous comeback, out touching the hosts by five-hundredths of a second to clinch the silver with a time of 3:57.54. The Malaysian team clocked 3:57.59 to finish third. Thailand, who was the only team to have a sizable lead from the beginning, bagged another relay gold in 3:55.56.

Fernandez, Riannah Coleman, Bautista, and White also swam to a fifth place finish with a time of 4:29.87 in the girls’ 18 and under 4×100-meter medley relay. 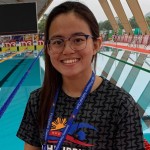 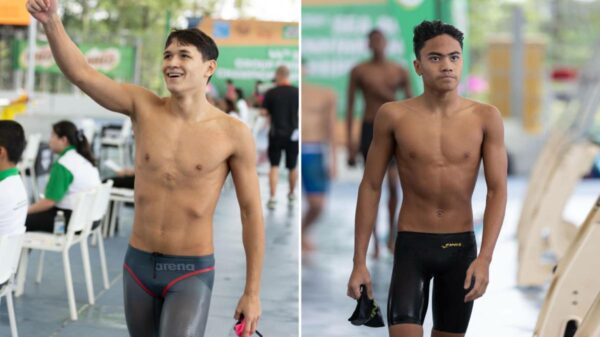 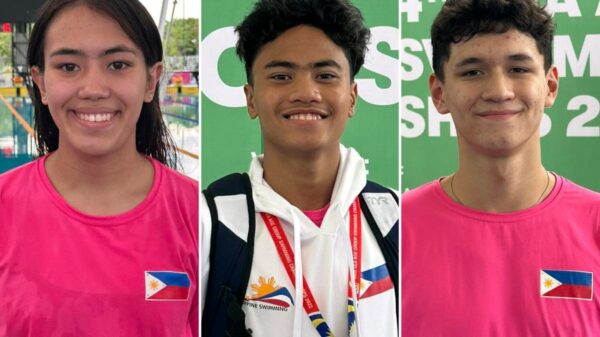 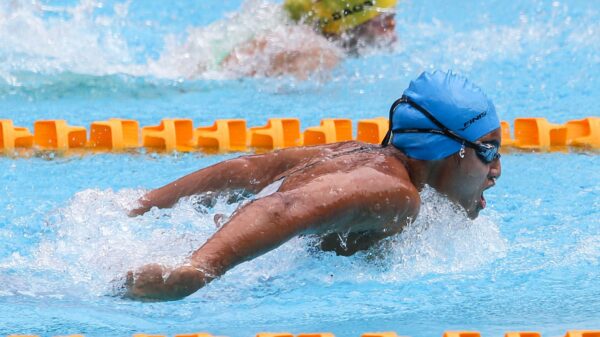 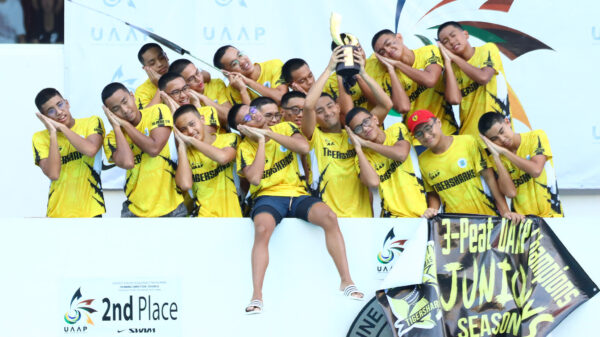 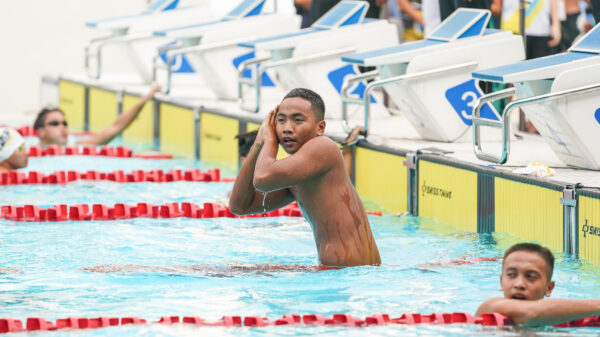 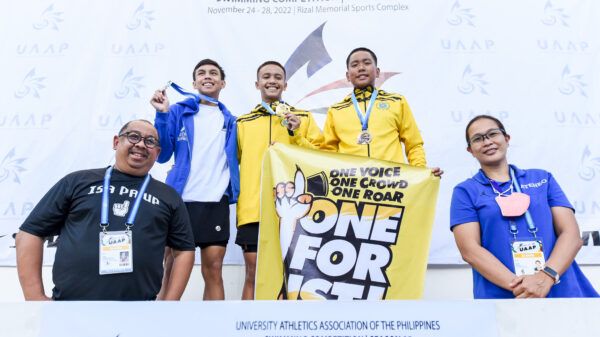 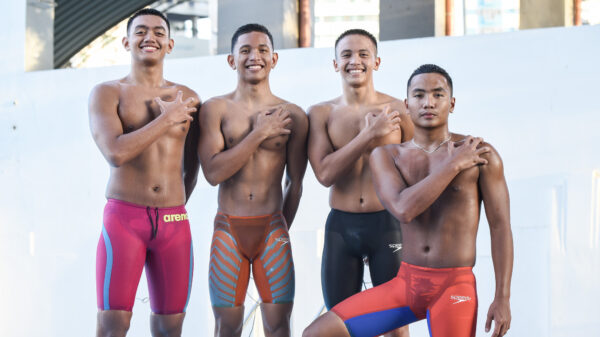 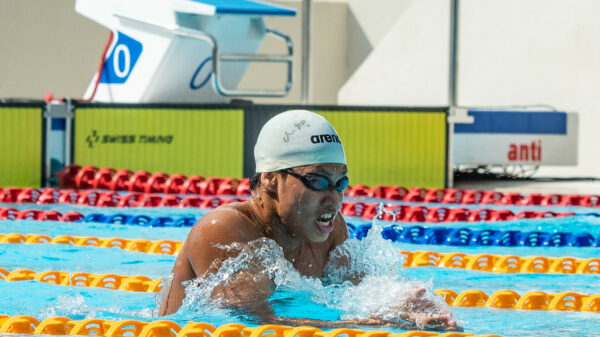