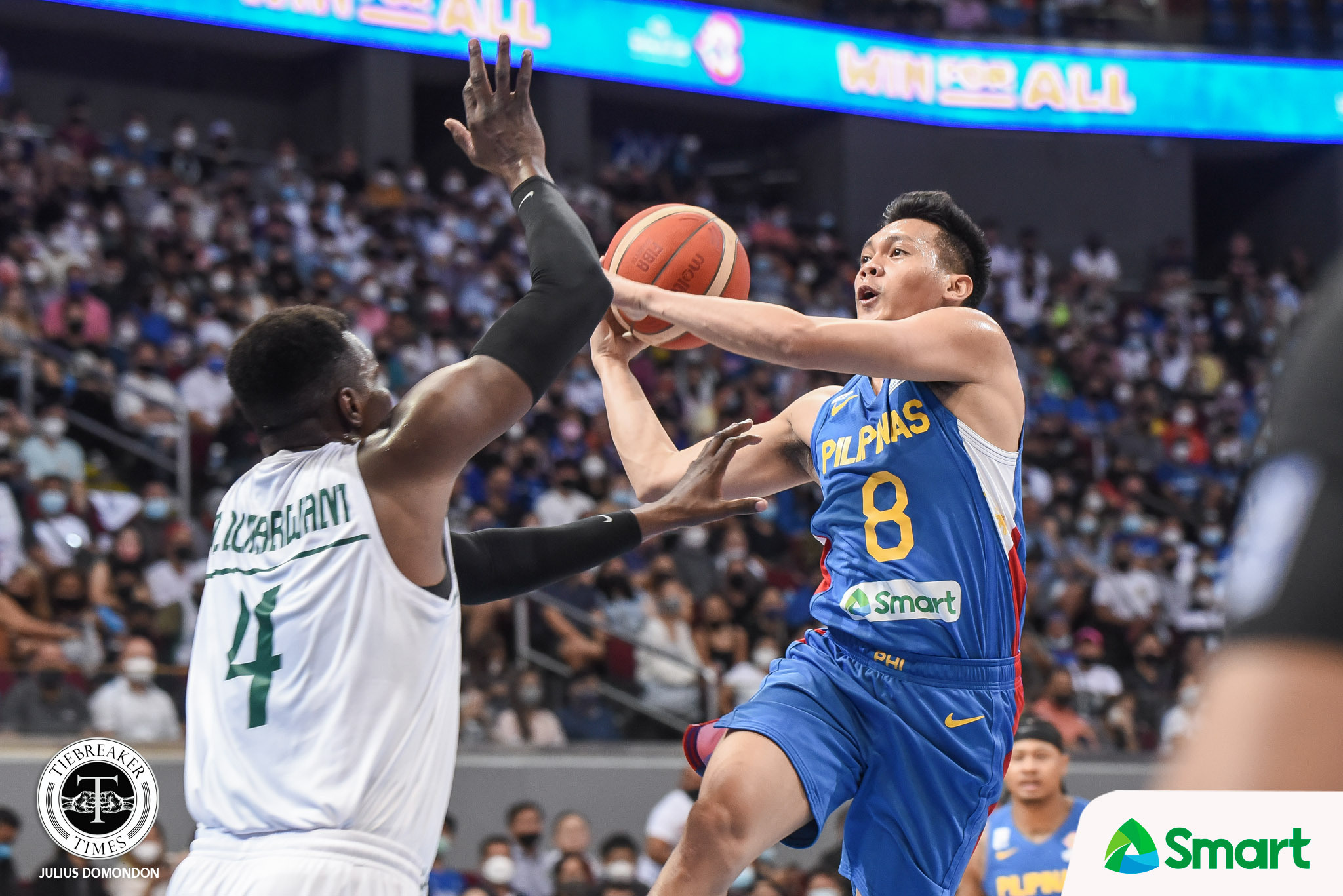 Scottie Thompson felt glad to have given Ginebra a victory before rejoining Gilas Pilipinas for the FIBA World Cup 2023 Asian Qualifiers this week.

The reigning PBA MVP made sure to leave the Barangay on a triumphant note by leading the come-from-behind win over San Miguel Beer on Sunday night, which stretched their winning streak to three in the Commissioner’s Cup.

Not only was the W for their faithful but it would also serve as a morale booster for the Kings set for another tour of duty with the Nationals, said Thompson.

Thompson was all smiles after Sunday night’s big win but it isn’t lost on him the task that lies ahead, in which a far bigger responsibility awaits.

The Davao del Sur native wants Gilas to sweep the upcoming window against Jordan and Saudi Arabia, but knows that it’s easier said than done.

It could be remembered that he and the Filipino dribblers only split their matches in the previous window, first losing a tight one against Wael Arakji and resurging Lebanon on the road before bouncing back versus KSA at home.

Now, another threat is on the horizon courtesy of the Jordanians, who were among the semifinalists of the FIBA Asia Cup 2022 in Jakarta.

#ReadMore  No MVP, Rookie of the Year, Mythical Team for PBA Bubble season

The looming matchup will be a battle of squads carrying similar 3-3 records, with the team being mentored by Wesam Al-Sous coming in hungry also after going 1-1 in the last window that saw them lose big to New Zealand, 72-100.

Thompson knows, too, that desire alone won’t be enough if they are to sweep those two matches taking place on November 11 and 14 (Manila time).