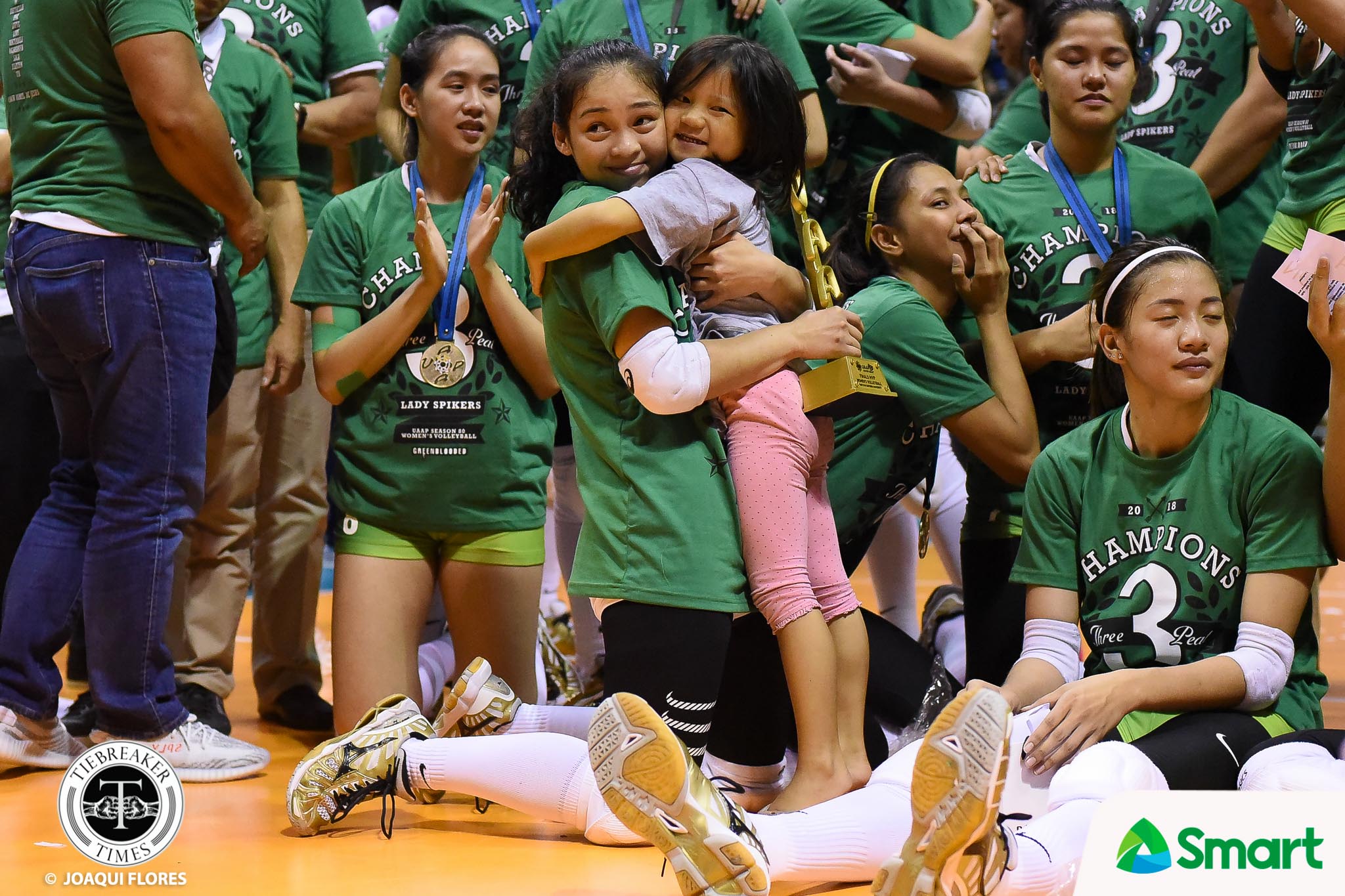 Dawn Macandili could barely move through the throng of people clogging the entrance to their dugout. It wasn’t just fans impeding her way — there was even a group of La Salle’s men’s basketball players. 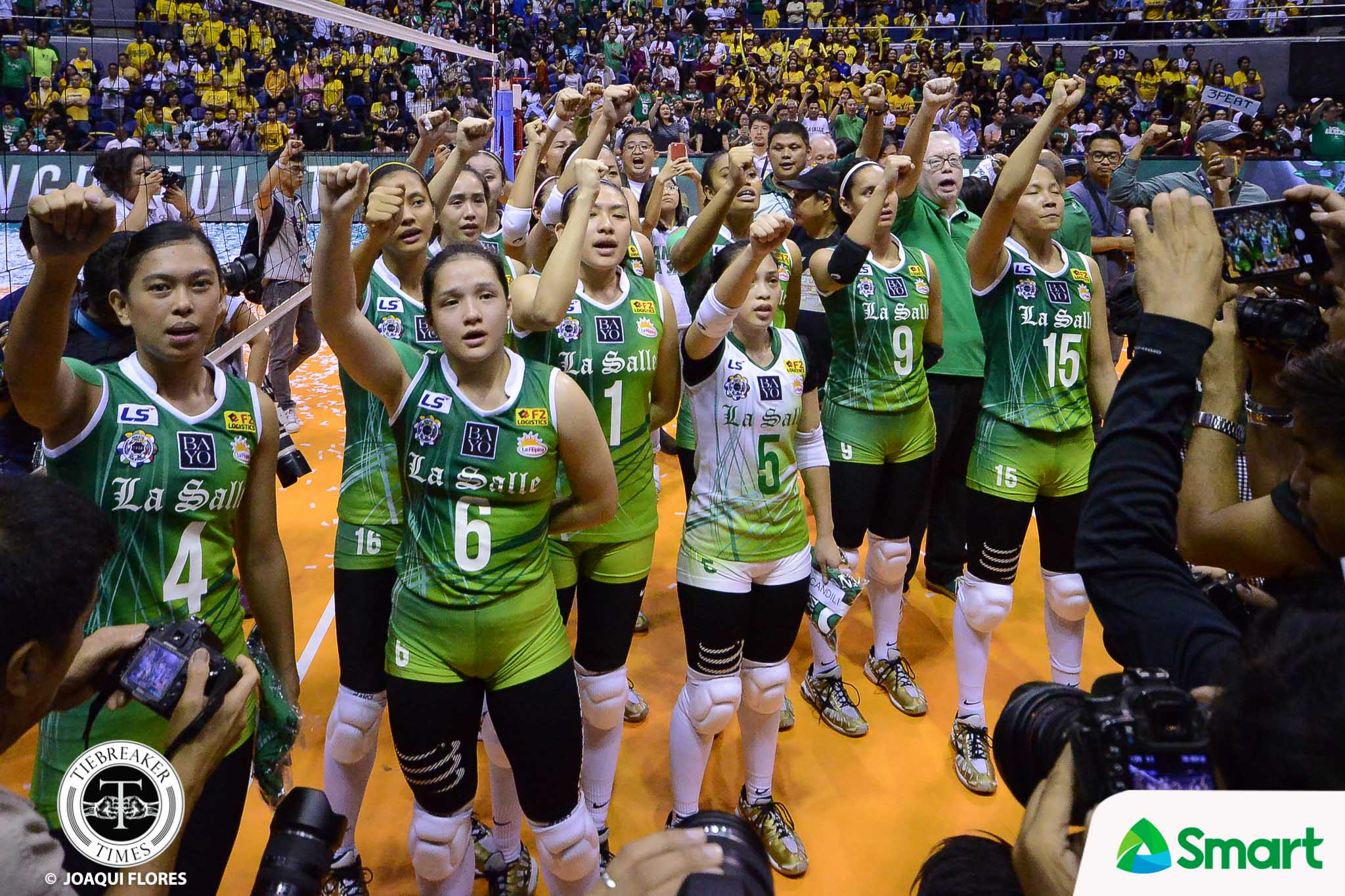 Macandili was aware of her unlikely rise to stardom. Standing at barely five-feet tall and playing a position which doesn’t score points, Macandili isn’t your typical volleyball star.

Macandili literally does all the dirty work, scrapping and willingly throwing herself to the floor to keep points alive.

Through Season 80, Macandili was credited with just two points. She had zero in the Finals.

While she didn’t win any of the Season 80 regular season awards. Macandili leaves the UAAP with three championships and dozens of floor burns. 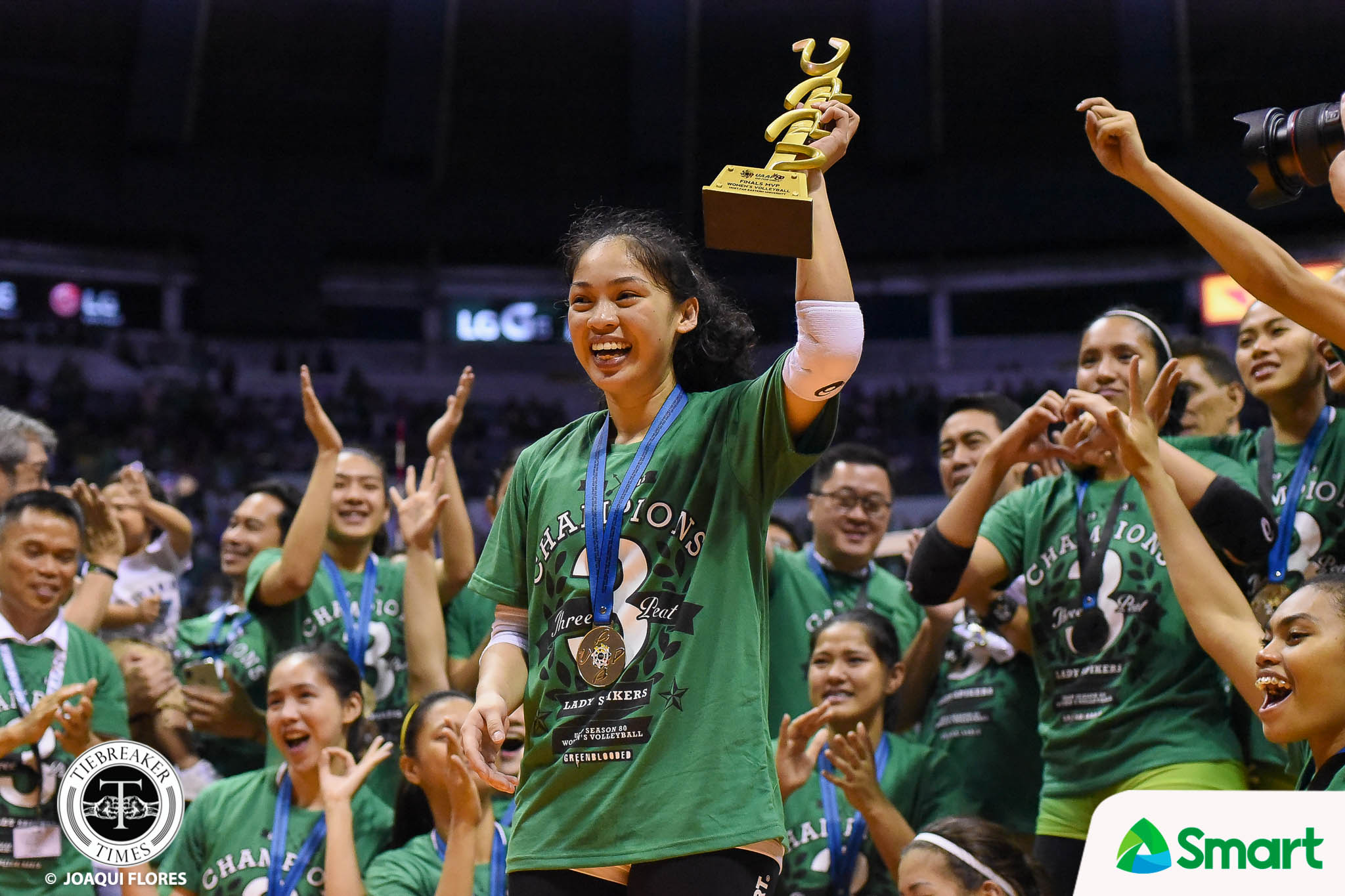 Macandili meekly answered questions from the media in her personal post-game press conference. She looked even smaller next to the Finals MVP trophy as she shrunk in front of reporters.

But she lit up when asked about her career. Proudly, she proclaimed that staying with La Salle from high school to college was the best decision of her life.

She knows that everything she’s become, she owes to head coach Ramil De Jesus.

“So ayun thankful ako kina coach na dinevelop niya kami na mga players niya not only inside the court but also outside,” the 21-year-old declared.