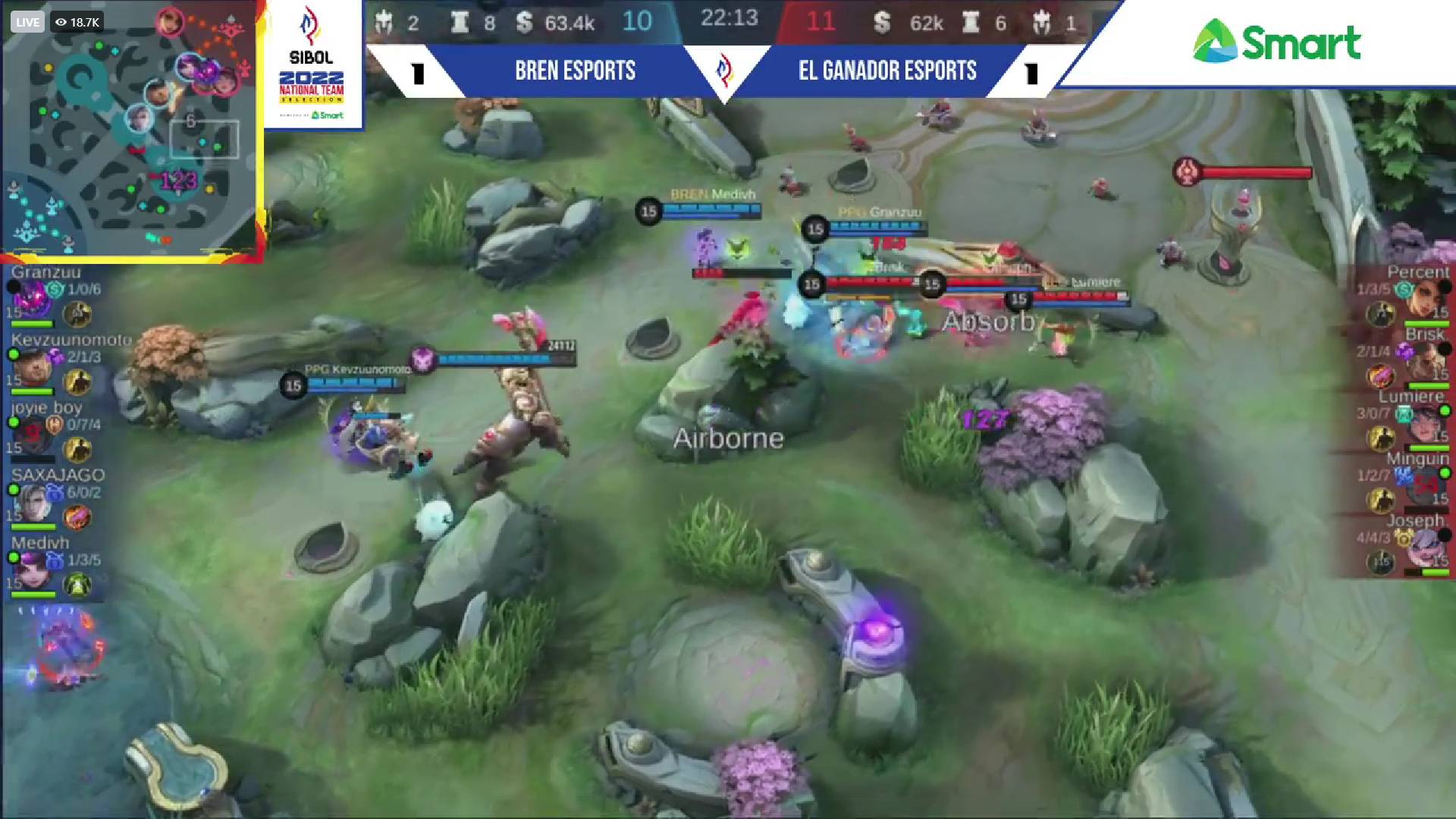 Bren Esports fended off El Ganador Esports, 2-1, to advance to the second round of the lower bracket in the Sibol Mobile Legends: Bang Bang National Team Selection powered by SMART, Friday night.

Saxa (Aamon) secured a crucial Luminous Lord at the 21:17-mark to give Bren Esports the lead in the all-important Game Three. Then, the team secured a kill on Minguin (Kagura) en route to the game-winning siege.

With the win, Bren Esports advanced to the second round of the lower bracket and eliminated El Ganador Esports from Sibol contention.

Bren Esports seized an early advantage in Game One with Saxa (Paquito) and Joy Boy (Chou) wreaking havoc around the map.

Down by as much as 5K in the gold department with nine minutes on the clock, El Ganador Esports was able to secure a crucial kill on Granzuu (Gloo) which kick-started the team’s comeback. With Bren Esports’ bruiser out, El Ganador took control of the Lord pit and secured the objective.

That allowed El Ganador Esports to take a tight 12-12 win in 18 minutes and 37 seconds of action. Joseph took charge in the rally with three kills, a death, and four assists playing Claude.

Following a disastrous first game, Bren Esports once again took an early lead in Game Two. But they held it until the end, 19-6, all thanks to Joy Boy’s superb playmaking on Ruby.

The former ArkAngel roamer finished with a game-high 15 assists along with a kill to help Bren Esports tie the series at 1-all. Besides his timely setups, Joy Boy made a huge save late in the match. He stopped Lumiere’s Khufra, who caught Bren Esports’ backline off guard, through his Don’t run, Wolf King.

#ReadMore  Kevin Belingon still has Bibiano Fernandes in his crosshairs

Bren Esports will play ONIC PH in the next round tomorrow.