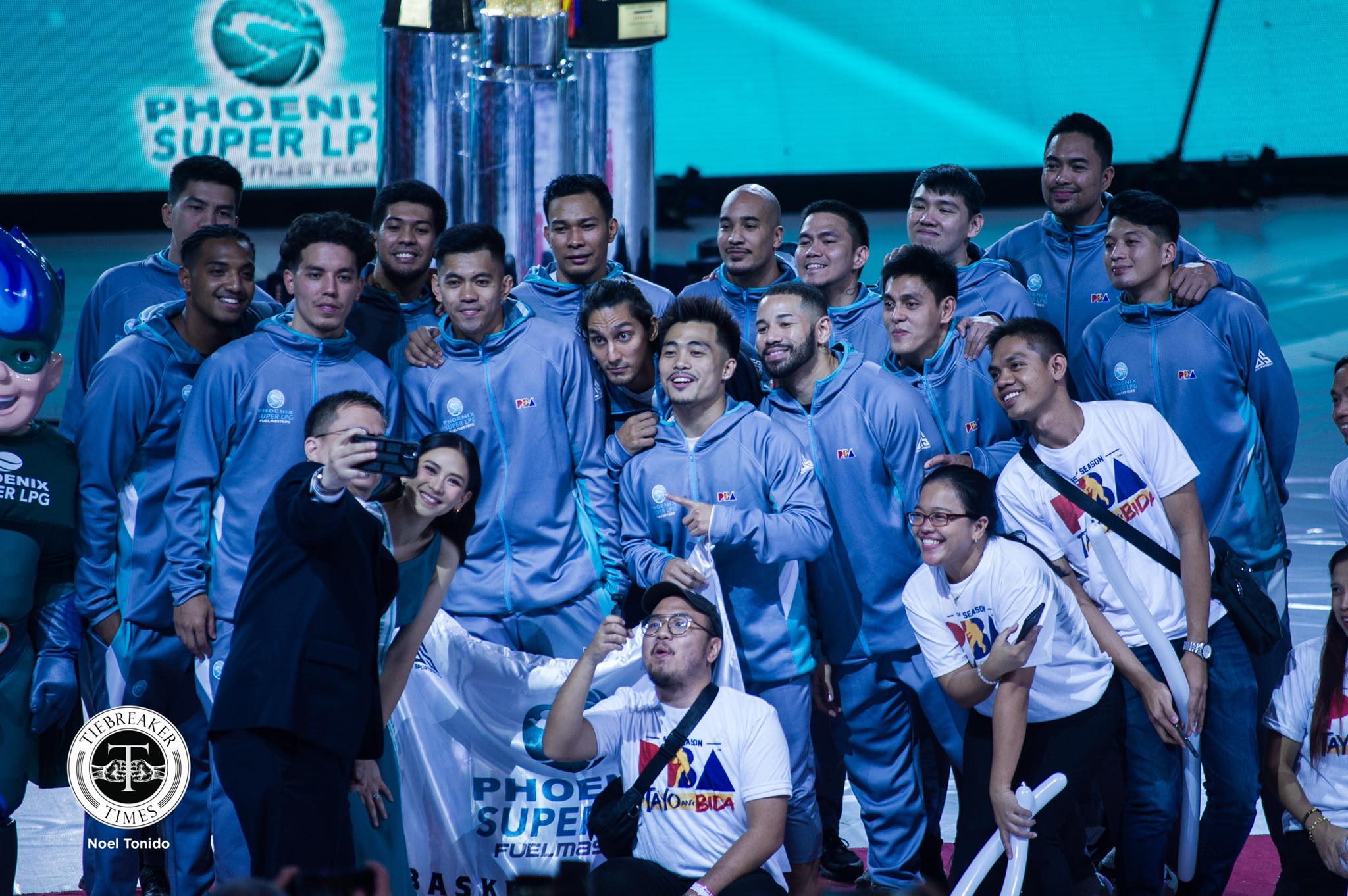 Glitz and glamour filled the historic SMART Araneta Coliseum in Quezon City as the Philippine Basketball Association raised the curtains on its new season, Sunday evening.

It wasn’t just an opening ceremony, though, as Asia’s pioneering pro league celebrated its 45th year in existence.

Hosts Sev Sarmenta and Rizza Diaz took a trip down memory lane, reminiscing the league’s humble beginnings back in 1975, all the way to its present-day iteration.

Highlighting the celebration were the parade of teams.

Eyes were on stars such as Sarah Geronimo and Kathryn Bernardo as they served as muses of Phoenix and Magnolia, respectively.

Fajardo, who’s recovering from a fractured right tibia, headed to the stage while riding his electric scooter to claim his award — and the crowd showered him with adoration and cheers.