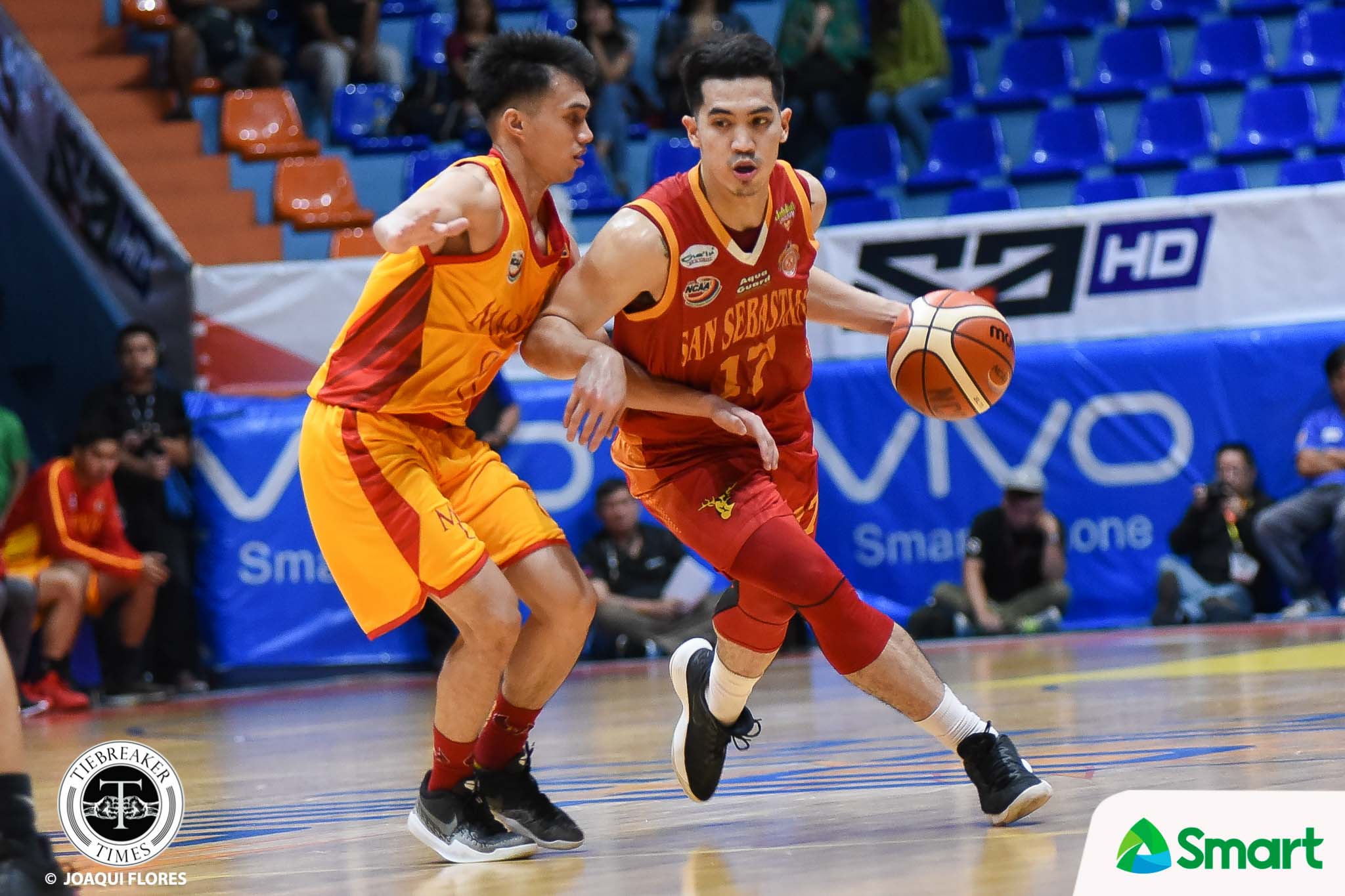 For the second straight game, RK Ilagan served a team-imposed suspension that will end after the first round.

Up by a slim 41-40 at the break, the Golden Stags suddenly clicked in the third frame, breaking the game wide open behind the hot hands of Alvin Capobres with a 29-13 explosion to slam the door the door shut.

Capobres finished with a game-high 21 points on an efficient 73 percent shooting from the field, as well as four assist and three rebounds.

Cedric Pelayo tried to single-handedly bring the Mapua back into the game, sinking jumper over jumper in the payoff frame. But every basket he made, Stags’ rookie Alex Desoyo had an answer to restore order for San Sebastian.

With neither team resting on their laurels, the Stags were able to maintain their huge cushion up until the final buzzer.

Allyn Bulanadi, Desoyo, and JM Calma backstopped Capobres with 14, 12, and 11 markers, respectively, for San Sebastian. Bulanadi and Calma had six and nine boards, with the former dishing five dimes as well.

Meanwhile Pelayo scored 15 markers, while Laurenz Victoria chipped 13 points in a losing cause.

The Golden Stags will look to continue their streak against season hosts University of Perpetual Help System DALTA Altas on Thursday, August 9, at Perpetual’s home court. The Cardinals, on the other hand, will look to get back on track against Emilio Aguinaldo College Generals on Friday, August 10, at the same venue.

San Sebastian suspends RK Ilagan for rest of first round