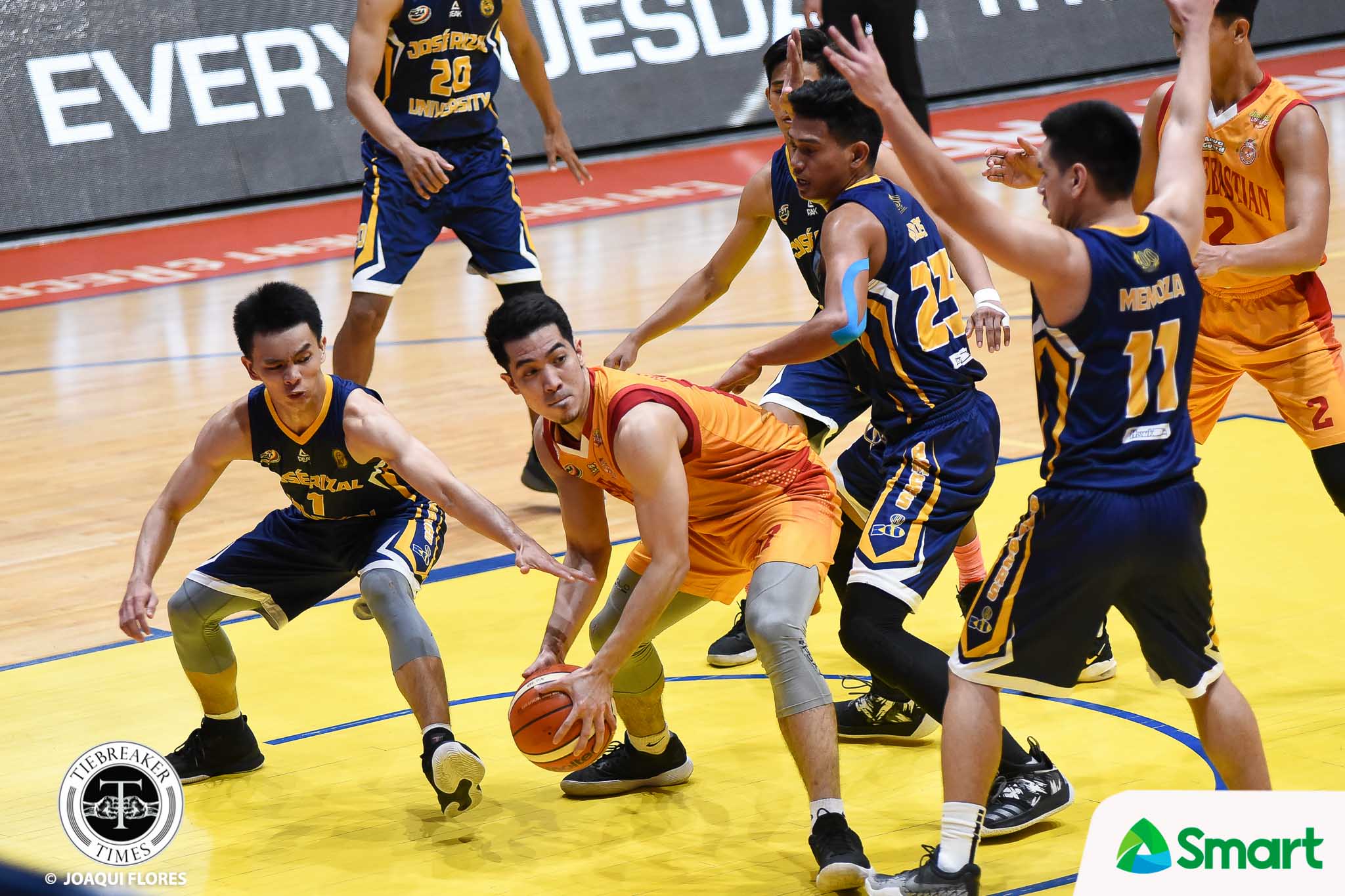 Though figuring in a late scare, the San Sebastian College-Recoletos still managed to pick it up, staving off the Jose Rizal University Heavy Bombers with an 86-76 victory, Tuesday afternoon at the Filoil Flying V Centre.

This was a huge bounce back win for San Sebastian, who now own a 2-2 card, after a dismal outing against the Letran Knights last Friday.

Clinging on to that game, Alvin Capobres and Allyn Bulanadi led the lambasting for the Golden Stags.

Bulanadi, a fourth-year swingman, scored 10 of his 14 points in the opening frame while Capobres, a known defensive specialist, followed it up by scoring 13 of his 16 points in the second stanza.

San Sebastian led by as much as 21 points during the first 20 minutes of the contest.

The Heavy Bombers, who have been struggling in their first two games, came back to life in the third canto.

Jed Mendoza willed his teammates back while a buzzer-beating triple by Leo Esguerra sliced the lead down to just nine to enter the final quarter.

#ReadMore  Yeng Guiao sticks to positives after loss to Jordan

Michael Calisaan proved to be the anchor of the Golden Stags, finishing with 10 points and 10 rebounds.

MJ Dela Virgen led JRU with 14 points but was limited to just three markers in the final 20 minutes of the game. Justin Padua added 13 points, eight rebounds, and two blocks.

San Sebastian looks to make it two in a row when it faces Arellano on Friday, July 27. JRU, on the other hand, takes on the Letran Knights on the same day.